Although I think that cities are shaped by the characteristics of the geography on which they are built, they also have multiple faces, depending on the personality of the people who inhabit them and the people who pass through them. Today we escape from Istanbul, to rest from the city.

The choice is centered between going to the Princes Islands or Adalar, or get to the Black Sea. For the first option, ferries are from the jetties of Kadikoy, Besiktas and Kabatas. The trip lasts one hour and a half, and of the 4 visited islands, Buyukada, Heybeliada, Burgazada and Kinaliada, the largest and most visited is the first one.

As no motor vehicles are allowed, the alternative is limited to renting a bicycle or hiring a phaeton, horse carriage, which are found when we arrive at the side of the ferry stop, and that therefore await the arrival of travelers. The carriage takes us to the hills, walking among the noucentista mansions of the island.

When I was there, he asked us to have a drink, and he parked on a terrace on the hill at the edge of the sea with very nice views. Once we're back in the village, the option is to eat at one of the fish joints around the jetty. If the trip is in summer, you also have the possibility of renting a boat that will leave you on a private beach, lie in the sun and take a bath.

On this occasion, we went to the Black Sea by road, marking as destination point the coastal town of Kylios, one of the first on its banks. We start the trip, taking the tram to the final stop of Kabatas, where buses stop, which take us to the nearby town of Sariyer. The route is long, one hour approximately, and the innumerable stops run parallel to the strait, covering practically all the populations of the European shore.

There is an option to get to Sariyer by cruise on the Bosphorus from Istanbul, although it does not follow until the Black Sea, which is only 8 kilometers away. From there if I'm not mistaken, I think there are tourist boats that go to the entrance and return.

In Sariyer, we get off at the ferry stop, and walk inland on the road that runs through the town, to a Dolmus stop where we see the fate of Kylios. In the Dolmus, a minibus with capacity for 20 people, the riders give the money in hand to the driver. The route is made transversally by the hills that separate the two populations, since it is not possible to do it by the coast.

Besides that there would be a detour to the whole tip of the peninsula. From Sariyer, however, it is possible to arrive by road to Rumelifeneri, fishing village, on the very edge of the Black Sea and the Bosphorus. It gives its name to the lighthouse on the European side, which guides the intense maritime traffic to the strait.

Kylios is small, very small. From the stop at the entrance of the village, after having a relaxing tea in a quiet and charming bar, we followed the road instead of going through the town. We did not find a way to the beach, since most of them they are private and the accesses are fenced, or guarded.

Groups of dogs appear who approach and observe, but do not threaten when we pass by. After a few meters, we go through the door of a complex of buildings surrounded by fences, and almost instantly leave. People warn me that it goes down there to the shore.

The security guard and his dog guide us through the spaces between the barracks, where groups of children and a few adults, observe us with curiosity. They check us up and down, and a few steps further down a flight of stairs leading to a dirt road that is lost in a forest. The guard, as charming as the old man in the bar, seems sincerely happy to be able to start a conversation and help us.

When we ask him if the ships where he works are the schools, he tells us that the place is a complex enabled to provide shelter to families. They were left homeless by the earthquakes of last autumn in the province of Van, in the east of Turkey near the border with Iran and Mount Ararat.

A few meters down, when we reach a crossroads with another road that leaves the road and at the entrance there is a gate and a barrier. The boy tells us to wait. He lets the guard know that we have his permission to walk through those land. Upon returning, he indicates that the path will take us to the sand.

We thank him from the heart. He turns around taking the road back to the reception center, and his dog comes with us for a walk. The day is leaden, and down the path, the landscape, like silence, is ghostly. The uninhabited blocks are only skeletons in the middle of the brush and fallen leaves.

At the edge of the road, a car is dismembered with the doors open, without glass and the bonnet ripped off. Flanked by more empty buildings, we continue to the sand, where the asphalt is abruptly cut. The Black Sea stretches out, behind a beach full of garbage and debris, tires, rusted iron, white booths and empty apartments with peeling paint.

It seems to be the terrace of a closed club, full of plastic chairs and tables thrown away. There is no one, and you can not see a soul in the distance. At the beginning of the beach, in an arm of the cove are the houses of the town. On the other side is a corroded footbridge that gets into the water, perhaps once a jetty. In the sea, are a horizon of freighters and ships.

It gives the feeling that everything had been devastated by the storms, leaving that place of desolation. In spite of everything, it's not bad, and in the walk along the shore, we met a girl jogging, and a kid who leads us, walking in the same direction. At the end of the beach, after passing through a door that goes to the back of a restaurant, we went to a hill and the most lively street we have found so far.

It is not because there are many people in the streets, but because in several bars and open shops, we see people. At the end of the street is a small esplanade, and on one side the entrance to the village and the bus stop. We take back 10 minutes later, to link at Sariyer, with bus to Kabatas.

The bus to Bosphorus is full, but we are seated, although halfway up I get up to let sit an old woman who has climbed. There are quite a few people standing up and the trip is long, but we got off a little later, because we are going to take a walk around Ortakoy. There is no danger of stopping, because it is impossible not to see the Bosphorus Bridge (Bogazici), under whose European feet the town is sheltered.

Ortakoy (middle village) is split in two by the road. Between it and the Bosphorus is the tourist area, with cafeterias, restaurants, tea shops, and handicraft stalls. There are also cool clubs in the Istanbul area, those with terraces to the strait. On the shore, next to the ferry stop (iskelesi), we see the picturesque and wonderful white stone mosque and tall windows, now under construction.

To the north of the road, Muallim Naci Caddesi, Ortakoy is transformed into a more quotidian neighborhood, without the Bohemian shore of the Bosphorus. Shops, bars, pastry shops, high schools, hairdressers, and their people, live under the gigantic frame of cement and cables hanging above their heads.

We go down to the dock, and do what the others do. In a glazed corner restaurant, a stone's throw from the jetty, we ordered a couple of potatoes like melons. They are stuffed at the discretion of what the waiter's ingredient tanks caught, and watered with a judicious mix of slurps.

It is almost impossible to finish the tunneled tubercle, and it is advisable not to do so as a matter of intestinal caution. The rest of the visit, as it could not be otherwise, we do it through the adjacent streets. The stalls of handicrafts and antiques, have been transformed from a time to this part, in mere jewelry, stones, and cheap souvenirs.

In the mosque covered by tarpaulins and guarded at the entrance, we can see through the doorway. The bus stops are on the clogged road, so we leave the back streets behind, and go out into the chaos of the avenue. From here, it is not only bus 25 that goes to Istanbul, but there are many more to the center.

In a store next to the stop, we bought the cards, and after passing a bus that even though it was full, managed to get up or grab all the students in a class. We got to sit in the next stop, which goes Half-empty and bound for Kabatas. The route is short, although with many stops, and picks up a good number of students from the faculties of the Bosphorus universities.

The route also passes under two huge green lungs of the hill, essential to visit, such as the Macka park and especially the Yildiz park. We leave the bus and the shore, taking the funicular zipper that climbs the hill to Taksim Square, to see sale season on brand stores in Istiklal Avenue. 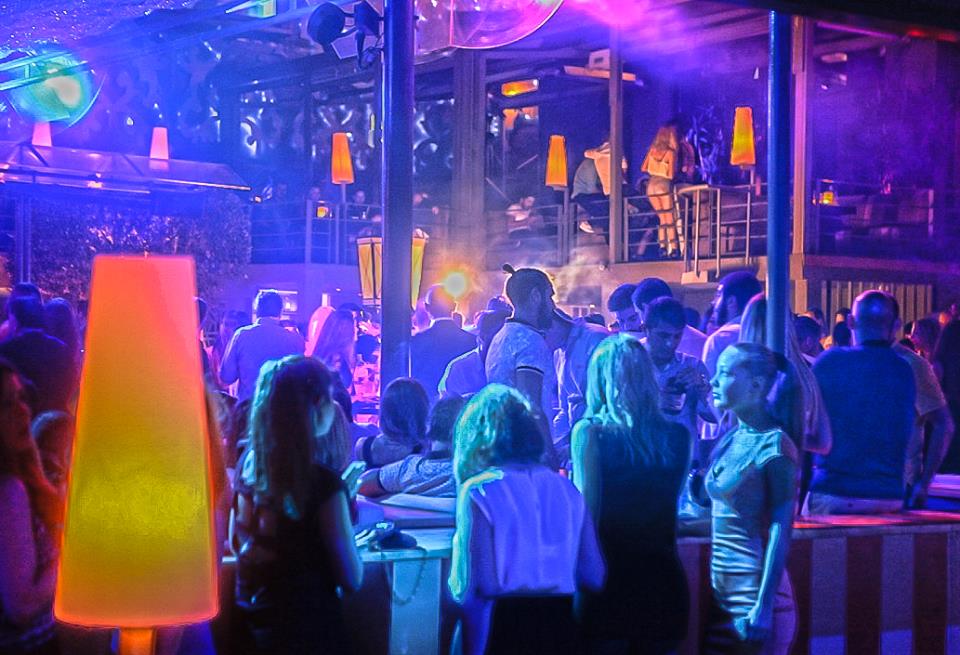 Taksim Square, has been for years a point of reference for night lovers. It has DJ nights and occasional live performances. They usually play nu-jazz, rock and Latin music. On weekends the public enjoys nights of disco music. The city transforms into a bar or nightclub from certain time. 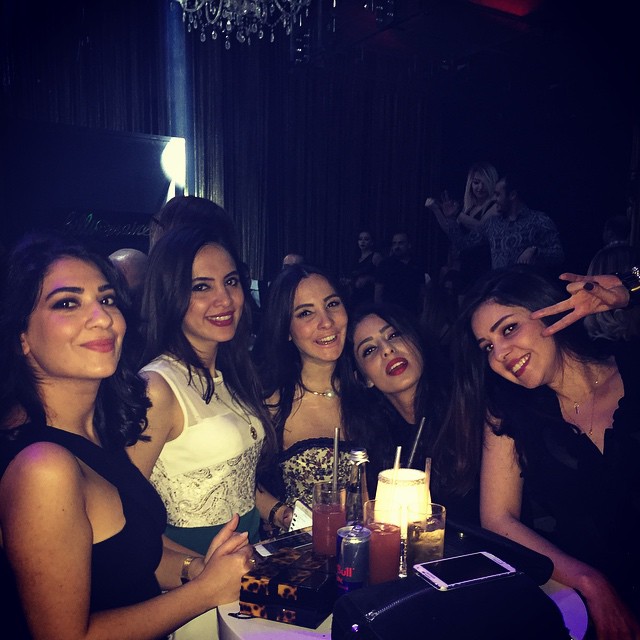 To top off the day and the trip, we go to celebrate taking a few beers in a small hideaway of a side alley in the most famous and chic disco in Istanbul. The security guards stationed at the door of the premises monitor that boys entering cannot exceed the girls. We enjoy drinking while watching Turkish football on TV. The beer is much cheaper. We walk down the steep alleys around Galata, and take a tram on the bridge to return to the hotel room.