They say that to remember is to live again and with the many photos that I always take my travels, it is for sure that I love to remember and go back to those beautiful places I have visited again. For years, my mother and I have enjoyed 2 popular desserts like the galub jamun and rasgulla.

Rasgulla is a white ball made with Indian cheese called chhena, like paneer. It is made from whole milk to which is added a little lemon juice or rennet to thicken and then made into a ball. It is bathed in sugar syrup until the syrup completely impregnates the balls and some people flavor it with a pinch of saffron or cardamom. The result is a spongy, soft delight, a sweet snack that nobody can resist. Both are served warm and are delicious!

Among the variants are Kheer Mohan, Rasmalai, where the syrup is replaced with sweet milk, and Kamala Bhog. Between the states of West Bengal and Orissa, the origin is disputed, but now you can taste many types of Rasgulla across the country, even in cans. In Bengal and Orissa, it is creamier and softer.

Often it is offered at festivals and other social events are so popular that Indian astronauts who traveled into space in 2016 included in their diet in dehydrated form. 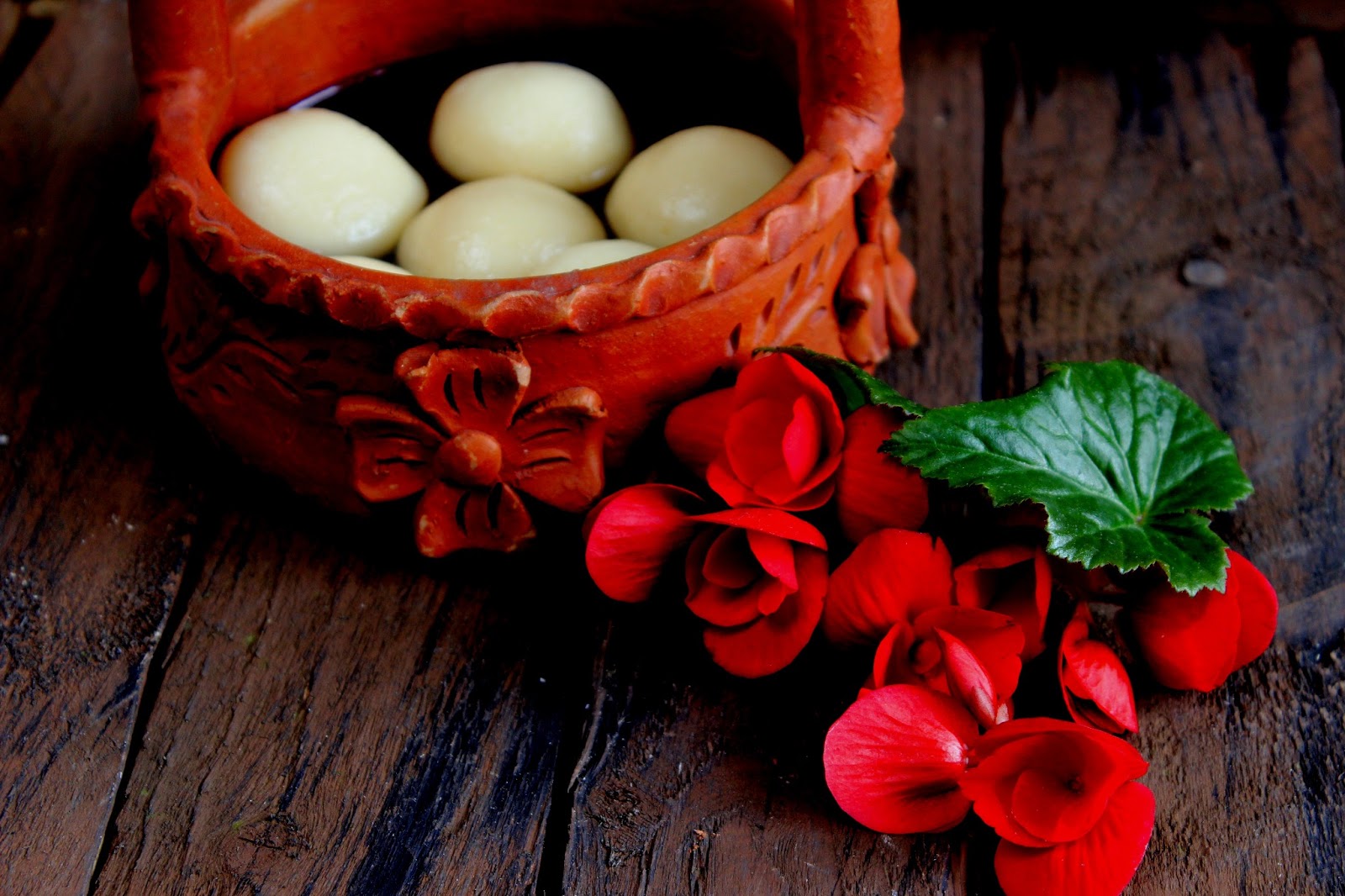 It is difficult to determine the caloric intake of a ball of Rasgulla. It may vary according to the type of milk with which it is made and its size. The estimated average is 186 calories per serving, 9% of a standard 2,000-calorie diet.

Rasgulla is a light and refreshing dessert perfect to eat after a spicy curry filled dinner. One of the early pioneers of wet curd was a seller of sweets called Haradhan Moira, who was probably the first to introduce the sweet in Bengal.

In 1868, Nobin Chandra Das, a sweet seller of Calcutta, simplified the original dish so that it could be prepared in the kitchen of any house. He was largely responsible for incorporating the rasgulla to the local palate. The son of Nobin Chandra Das, K. C. Das, began a large-scale production of the sweet, possibly leading to its greater availability.

In northern India, the sweet is flavored with saffron, rosewater and is sometimes garnished with chopped pistachios. The rasgulla is the precursor of many other Indian delicacies such as rasmalai, raskadam, chamcham, Pantua and malai chop. The rasgulla along with the Sandesh and mishti doi forms the trinity of classical Bengali desserts.

In the Kamala bhog, an orange extract is mixed with chhena and is commonly sold in Bengal. In Nepal, the rasgulla is popular under the name of Rasbari.

A similar dish rasmalai has become very popular in India, mainly due to the efforts of confectioners KC Das, Ganguram, and Bhim Nag. In this dish, the syrup is replaced with a sweetened milk of a finer consistency. The malai chop, an invention of Kolkata, is prepared with chhena, which is sandwiched with a layer of sweetened clotted cream. In the Bengali Pantua, chhena balls are fried in oil before being soaked in syrup.

Hello, I hope you're craving for a delicious dessert. Some time ago I had the opportunity to try some rasgullas. I can only say that I fell in love with them. I have always thought that nations are also known for their cuisine. At some point you can feel the temperament and passion of the people involved in the creation of a dish.

On this occasion I want to talk about the rasgulla which is a dessert that I find delicious consisting of a syrupy cheese. It is very popular in India and in South Asia. It is from this dish that other delights like the rasamalai, the rasgulla with the chhena gaja, and gulab jamun together form the classic desserts of Bengal.

In India, sweets are not eaten as a dessert. They are only eaten on special occasions. Most of these contain milk, and sugar. They are definitely a delicacy.

The rasgulla has been the traditional offering to Lakshmi, the goddess of beauty, good luck and fertility. She is something like Venus for the Romans or Aphrodite for the Greeks. Being aware of the history of the recipes and the circumstances in which they arose, should make us respect their creators more.

Rasgulla is an Indian dairy dessert made with a type of fresh cheese known as chhena. It is made from whole milk to which a bit of lemon juice or rennet is added so that it thickens to later form a ball. It is taken bathed in syrup or sugar syrup and some people season it with a hint of saffron or cardamom. The result is a fluffy and smooth delight, a sweet snack that no one can resist.

The states of West Bengal and Orissa dispute their origin, although now you can taste many types of rasgulla throughout the country, even in cans. In Bengal they like whitish and elastic while Orissa takes them creamier and softer. People often offer at festivals or other social events and are so popular that Indian astronauts who traveled into space in 2016 included them in their diet in a dehydrated form.

Over the years, I have been blessed to travel so much that I have never bought a souvenir from every trip I make for my family. It may sound a bit harsh, but if my loved ones get used to that, it would be an additional pressure on every trip to bring something for them. If I find something nice to remind me of someone, perfect.

But I do not feel obligated to bring anything for anyone. For years I have seen these balls packed in cans to carry and it was not until now that decided to buy some and bring them with me. You can get them at any candy store, especially at airports.

Mix lemon juice in half cup of hot water and keep aside. Boil the milk in a heavy bottomed pan over medium heat, stirring occasionally, making sure not to burn milk. Add the lemon juice gradually and stir the milk gently. The curd will start separating from the whey, turn off the heat. Drain the whey using a strainer line with cheesecloth or muslin cloth.

Wrap the curd in a muslin cloth, and rinse under cold water, and squeeze well and hang for one hour. Once the curd is drained, place on a dry, clean surface and knead the curd for 4 minutes until the curd almost rolls into smooth soft dough. If the paneer is too crumbly, add a teaspoon of water. Divide the chenna into equals parts and roll each part into a ball, taking care to see that the there are no cracks on the surface. Dust the back of a flat plate lightly with the flour and place the rolled chenna balls on it.

Mix 2 tsp of plain flour with a cup of water to make a flour solution. Keep aside. Combine the sugar and milk with 3 cups of water in a large pan and heat while stirring continuously till the sugar dissolves. Heat over a medium flame to allow the grey layer to float. Do not stir at this point.

After 5 minutes, slowly drizzle a cup of water form the sides of the pan with the help of a ladle. Continue to simmer the syrup over a medium flame for 10 minutes and then gently remove the grey layer using a slotted spoon. Bring the syrup to the boil once again and then slowly drizzle another cup of water from the sides of the pan using a ladle. Increase the flame and boil vigorously for 2 minutes. Keep aside.

If the rasgulla springs back and retains its shape when pressed, it is cooked. Remove from the fire. Transfer the rasgullas to a bowl along with sugar syrup and water. Cool and chill for 4 hours before serving.