I went to Alwar, at the entrance of Rajasthan. To get there, I leave with a map of north India. I took a public bus that took 5 hours from Delhi. I cross many small villages. Alwar is barely indicated in the Lonely Planet. So I searched for the hotel and got a great and cheap room in a hotel that serves food in the rooms. Before going to sleep, I check the room for any unwanted guests like frogs, macro-lobsters, and spiders. 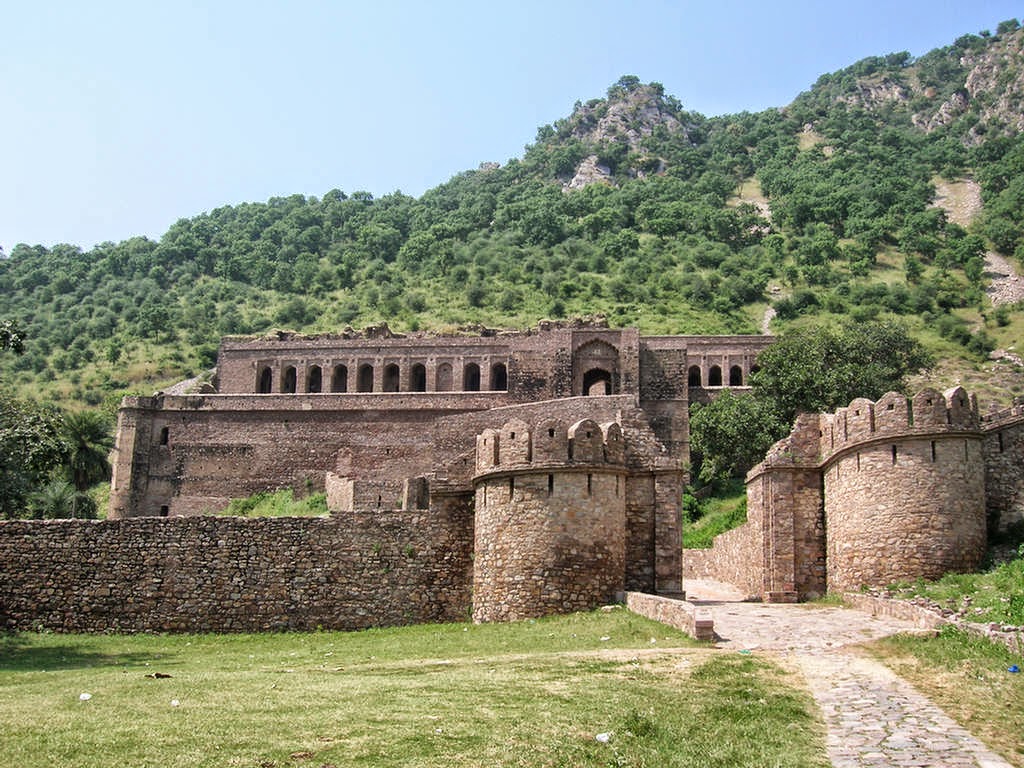 We went to the Sariska Nature Reserve, the former hunting ground of the Maharaja of Alwar. There was nobody except the forest guards who take care of the reserve. They offered to rent a jeep with a guide for a 3 hour safari, which is exorbitant compared to the price mentioned in the Lonely Planet guide. We see some beautiful fascinating views, both inside and around its borders, including the spectacular Kankwari Fort.

I wanted to visit Bhangarh Fort, a well-preserved, 17th century building that is famous as being haunted. I asked my way and it is impossible to find reliable information. One says it is closed, and another that it is open. I take a bus that runs through the nearby Gola Ka Bas Village.

The Bhangarh Fort was built by Man Singh I. There are legends related to the history of the fortified city, which is reportedly haunted. No one is allowed to stay in the fort's enclosures at night, according to the bulletin board presented by the Archaeological Survey of India at the entrance.

One version of the legend is that a sadhu lived inside the fort. It was his mandate that any house built in the fortress precincts should not be higher than his house and if the shadow of such a house fell on his house, it would result in the destruction of the entire fortified city.

In another version, a magician who was an expert in black magic, fell in love with Ratnavati, the princess of Bhangarh. She was very beautiful and had suitors to marry her from many royal families in the country. One day, the princess went shopping with her friends and bought ittar. The magician saw this and replaced the scent with a love potion to woo the princess and marry him.

However, the princess saw through the magician's deception. When he offered her the potion bowl, he threw it into a large rock nearby. As a result, the rock began to roll towards the magician and crushed him. Before he died, he cursed that Bhangarh would be destroyed soon and that nobody could live inside its enclosures. The current state of the fort is attributed to the magician's curse and people believe that the ghosts in the fort are those of the princess and the magician.

The entrance of what is locally known as bhoot bangla is closed by a gate and around there are the high walls of the former city. But the site is not fenced, so much so that the shepherds take goats to graze. The ruins are in fact in the thick of the vegetation.

Within the precinct I see the temples of various deities such as the temples of Gopinath, Shiva, Hanuman, Naveen, Mangla Devi, Lavina Devi and Keshava Rai. According to the inhabitants of the area, mostly farmers and marble workers, at night in the ruins they feel strange presences and noises. And nobody has the courage to approach after the sunset and before dawn.

After returning back, for dinner I ordered in my room and the owner arrived with a bottle of beer. I was very embarrassed. I absolutely did not want to drink and the price of the beer is exorbitant. So I was afraid he would bill me even if I did not drink it. This big guy insisted, trying to convince me to drink even just a drink.

I started to panic, not understanding why he really wanted me to drink. Imagine a young man, alone in a hotel in the middle of nowhere. What did he imagine? He look suspicious but who knows? Maybe he just wanted to be nice and have a drink with me as a friend? 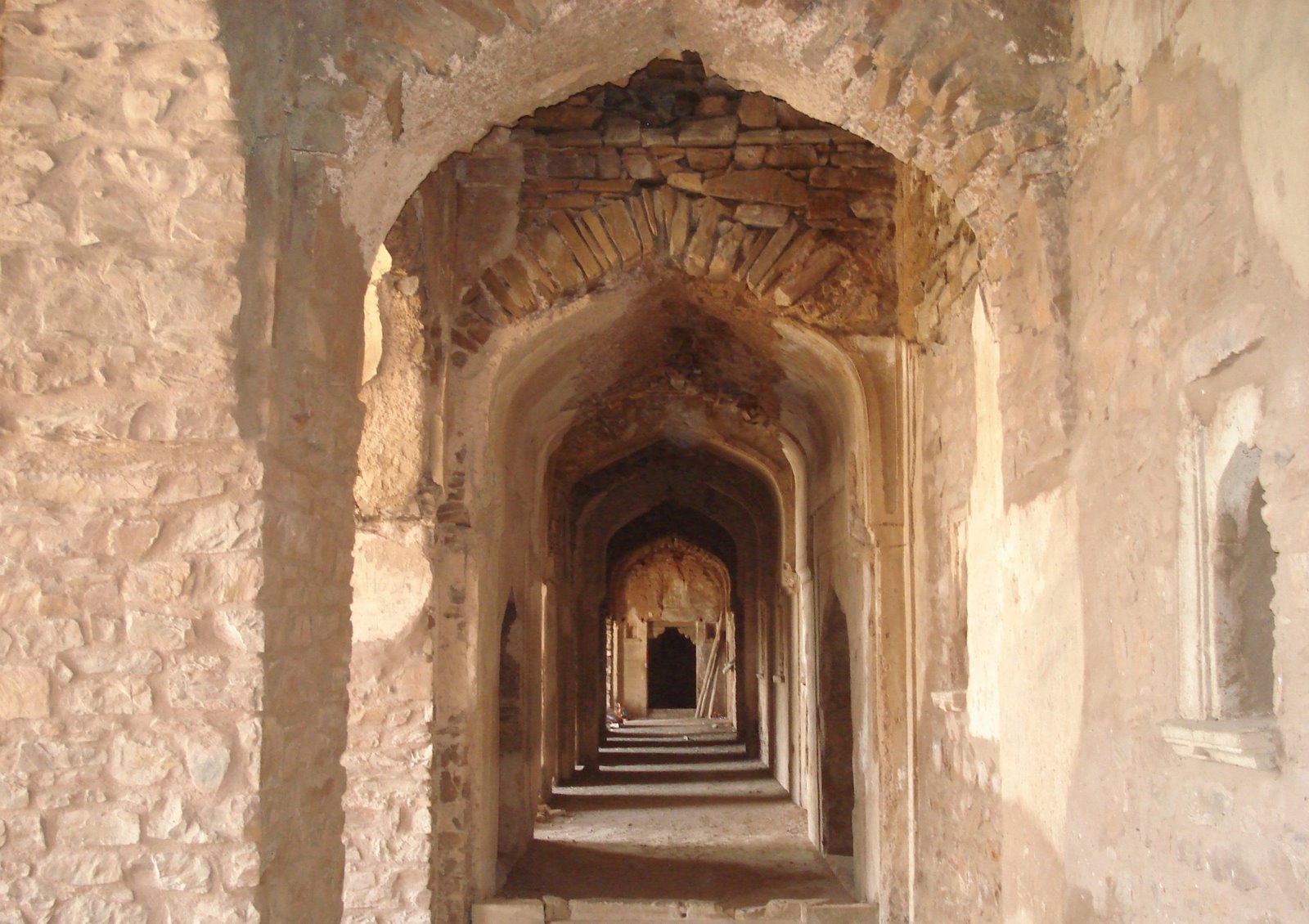