From Madras to Kathmandu there are more than 2,500 kilometers. I choose the route that passes through Calcutta. I'm still in tropical India. Palm trees escort my trip. Palms and rice fields that mirror. It would be delicious if it were not because I cannot distract myself for a moment.

All the coast of the East is broken by the mouth of great rivers that open enormous sandy estuaries. On this fluvial sand of very wide beaches, the cows walk towards the water. Fortunately, there are built long bridges. Otherwise, this trip would be completely impossible.

Another 250 kilometers to Calcutta. I am tired and hungry. I dream of a beer and a good plate of hot food. But nothing is around me except a raging traffic that in the dark is crazy, delirious, and impossible. But these guys survive, so I do too. My eyes are squeezed. My brain is sharpened. I only think of driving, of dodging, of sensing reactions and threats.

After a couple of harrowing hours in which I am in a trance, the sign of 100 kilometers appears. The last hundred. The longest. With the thickest traffic and the most impatient people. But there we go, towards the famous city of joy. 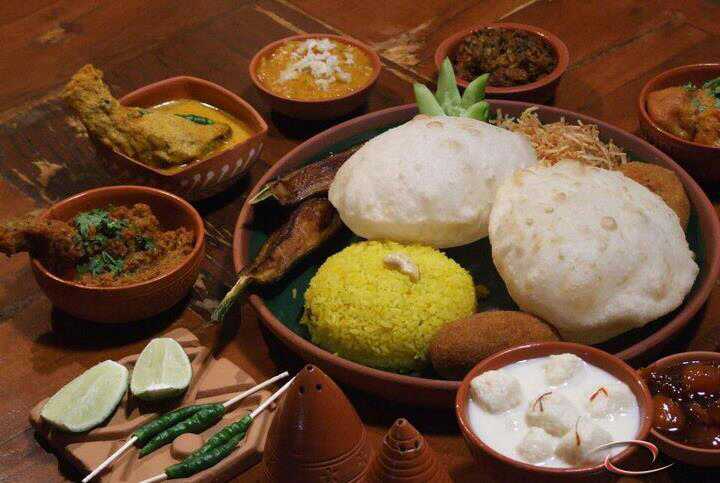 Calcutta, renamed as Kolkata, is huge, divided by the Hugli River. I cross the Howrah bridge. I locate a cheap hotel and leave the backpack. Our next destination is Kalighat, where I witnessed a very curious religious ritual. It turns out that during the last month of the year according to the Bengali calendar, a group of men and women undergoes certain voluntary hardships. It is a kind of purification of body and soul, dedicated to Shiva. In addition, some (men) also pass demanding physical tests.

On the last day of the month, when their fasting ends, they gather around a Shiva temple. They distribute fruit that is considered sacred among the faithful. They go up to a structure of, more or less, a high floor, to throw themselves into a kind of straw-filled bag that acts as a mat, which the crowd holds. On the sack, in the center, there is a wood with nicked knives.

Although at first when they described the scene it seemed dangerous to me, it is not at all (as long as they do not fall off the mat). Then, with metal torches tied to their bodies, they run around the temple, and dance to the sound of the drums. People cheer and try to approach the fire to "put" its warmth on their heads, as a blessing.

Depending on the place, they will do more or less things, but this festival, it seems, takes place all over West Bengal. It's a very old festival, of which there are hardly any records, but which continues to be done in spite of everything. The people who follow that month of deprivation come from families that follow the custom, which passes from generation to generation.

There are several families for each community, and the elders choose among the volunteers, who will do them every year. In addition, there is usually a leader, a person with more experience, who has already done it several times, while the others are usually young people from 18 to 25 years old. Women can also do it, but not the toughest physical tests, like jumps,

People were crazy trying to touch these people, trying to catch the fruits they threw. They almost even threw the babies on them to touch them, believing that if they take those fruits, or if they touch the child, they will be free of the diseases.

Anything that fell on the ground, they fought for it. After jumping, the men went among the crowd with the woods with knives on which they threw themselves. People fought to get closer and that they barely touched their foreheads with these objects, simply because those men who had spent a month eating fruit were gods.

I go for dinner at a restaurant where they serve beer. I return to the hotel somewhat intoxicated with the beer. The hotel receptionist informs me that the next day is the Bengali New Year.

At dawn, I discover that my street is a perfect portrait of Calcutta. Within two hundred meters I have everything that this city can offer. There are beautiful colonial buildings, shops, restaurants, a fruit market, pastry shops, temples, and traffic. It is chaos. I do not need to move from here. I can see the entire city just by walking out the door of the hotel.

In addition, near I have the citizens park and the Victoria Memorial. The festive day began with people in a park enjoying a concert of songs by Rabindranath Tagore, an event that began with the piece to welcome Poila Boishakh.

Men wore the traditional red and white kurta, while women wore the typical saris and flowers in their hair. The Maidan nearby is a magnificent green belt within this polluted chaos. The white palace is reflected in the waters of the pond and the impression is of the virtual decoration of as perfect as it turns out.