India in full monsoon is magnetic. At the end of July, the tourists desert the country and between violent waterspouts, the air as washed becomes breathable. I am still full of the fatigue of flying. The stop in a shabby hotel in Mumbai only lasted a few hours. The sole purpose of this visit is to see the most famous Kushti in the Akhara of Motibagh Talim.

If akhara means temple or monastery, Moti Bagh recalls the royal origins of the place. It is the name of a palace of the XIXth century made available by the local maharaja, to welcome the best wrestlers of the country. As for me, after practicing judo for many years, then wrestling in Mongolia, I became passionate about traditional forms of fighting in the world.

I boarded the bus to Kolhapur, a small town in Maharashtra, 600 km south of Mumbai, for an improvised weekend. Kolhapur is an Indian town above all, not so far from the festive Goa. It is a little polluted, a little noisy, a little overcrowded but not only that.

I arrived in Kolhapur at nightfall. It only remains to find a room for one night in Kolhapur, which should not be a major problem. I found the tourist hotel without difficulty, near the ST Bus stand. After a few ablutions, I went to see the Rankala Lake. I ate grilled corn on the cob. Then I went back to the hotel to have dinner at the restaurant with rice and Kolhapuri Tambda Rassa prepared with mutton. 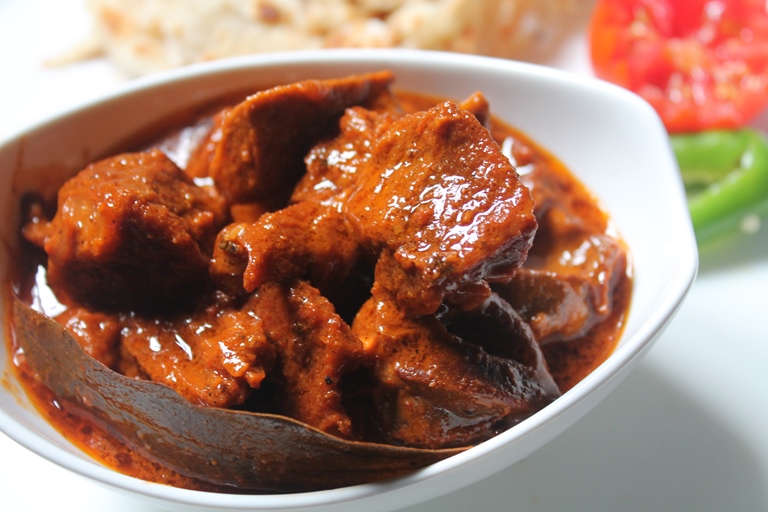 I started the day early with the visit to the Mahalakshmi temple in Kolhapur. There are thousands of coconuts and flowers to offer to the goddess and sellers of pigments with a thousand colors. There is a colorful place, with narrow streets full of children running barefoot and above all, frank smiles on all faces. In short, it is a little bit of India as I dream.

I queued for the darshan. There is not too much jostling but a confined atmosphere. Once in the queue, I cannot get out and I do not like it too much.

In the city, I next visited the New Palace of the Maharaja, noted for its architecture. It is built in the true style of Victorian England mixed with that of the Addams Family House according to the Lonely Planet guide. There is also a collection of animals, alive and dead. In fact the maharaja was an addict of the tiger hunt and other more or less big beasts, of which he left photographic memories.

There are memories rather glaucous, since the palace is full of animals more or less whole, but very impressive. It is not often that I get the opportunity to look in the eyes of a lion, a wild boar or a buffalo! Photos were forbidden. I see the other animals (the living ones) who frolic in the mini-zoo of the palace.

The number of species was not extraordinary, but that did not stop us from spending an hour raving in front of the fallow deer or trying to take a picture of the peacock! The tour of Kolhapur is still quick. So I went out into the surrounding countryside after an hour of bumpy bus to Panhala fort, where I strafed landscapes, ruins, raptors, and monkeys.

But, strange as it may seem, it's in those moments where my cultural landmarks are scrambled, where I'm lost in an unfamiliar and unfriendly place in the middle of an intense fight. Here the exhausted body is on the verge of breaking, where everything invites me to stop and to flee. It is in these moments that I feel the most sincere with myself, to touch closer to the intimate knowledge of my being.

When I prepared this trip, I found no mention of the capital of Kushti as Kolhapur, except in a huge guide that summed up the interest in a few words. Kolhapur is a peaceful and simple city. If the smell of cold sweat does not deter you, go and collect yourself in front of the wrestlers of Moti Bagh Talim.

After arriving at the door of the akhara, I find a grid closed and very quickly, a horde of young people more muscled than others surround me. One of the young men invited me by a back door to enter a cellar, under the monastery. The pitiful state of the staircase is conducive to the darkest fears.

I discover stoves on the floor, arranged between large padlocked wooden chests. The comfort of the boarding school is summary. Overlooking the room, clinging to the decrepit walls, sits the icon of the monkey god Hanuman. The young person invites me to collect myself under the image of the patron saint of the warriors. I will quickly realize the essential place occupied by the divinity.

A coach, alone, does some warm-ups on a torn wrestling mat. Almost amused, he points to a 14-year-old boy who finishes his rope climb and heads towards me. Soon, the soil smeared with clay mixes with the sweat of the body. Beside me, a huge man, on the verge of asphyxiation, already covered with mud, utters a cry that recalls that of the Monkey god.

As I make way for return one of the coaches gave me an advice to not drink alcohol, stay away from women as they absorb all the strength and eat more ghee. Despite the haste of departure, I ask what bus goes from Kolhapur to Panhala. I get in, pay, and go.

I do not know how to visit the Panhala Fort. A man gives me a rough idea so that I know what to do. It is a weekend that feels good, and that allowed me to fill up with smiles and kindness because the people of Kolhapur and its surroundings are all smiling and kind. It is not often that this is the case in India!

I then head to Ratnagiri crossing the ghats, the mountains that separate the Deccan plateau from the coastal strip. Here I lost myself a number of times before arriving at the home stay in which I had booked. To my surprise, the Konkan is not a flat area. There are many hills and the tiny roads that never stop turning.

The habitat is very dispersed. I went to dinner with a cousin of the homestay owner losing even more than when I arrived. Today once I again I order rice with Pandhra Rassa.

In the morning, in this property full of palm trees, mango and banana trees, the birds sang at sunrise. I am far away from the bustle of the city with the calm of the countryside. I went to Ganpatipule, a few kilometers away, where is a modern temple. I go for a little darshan, this time to see Ganesha. Then I went on to the beach enjoying the fresh water of a coconut.

I dipped my feet in the Indian Ocean but cannot swim in Ganpatipule because the waters are dangerous. For the afternoon meal I head to a small vegetarian restaurant, so I did not have the opportunity to eat fish. However I tasted the modak, a local sweet preferred by Ganesha. The modak which has the the shape of a fig has quarters, and is made of rice outside and coconut inside and then fried in ghee.

Then I went back to my home stay where I stayed until dinner. After dinner I headed to Pune, crossing the ghats and stopping in a restaurant on the way out. Everything has an end, and it was about 6 o'clock that I reach Pune in the pouring rain of the monsoon.

Tambda and Pandhara Rassa are a spicy and very tasty lip smacking traditional flavourful Maharashtrian Mutton curry preparation. Kolhapuri Mutton Rassa is maharashtrian way to cook mutton in non-veggie marathi houses. A common variant of the dish is the Pandhara Rassa, served in the kitchens of Maharashtra that is served along with sliced ​​onions. Visually similar to the Tambada is, however, less spicy version of Mutton.

It is traditionally prepared marinated pieces of meat of mutton, in a mixture of spices and yogurt. The meat is then cooked in a traditional oven. The Punjabi version of the dish, however, is cooked over hot coals and it is not always of boneless meat. The pieces of meat are sprinkled with the ghee, a clarified butter, at small intervals in order to increase the flavor. It is usually eaten with sauce chutney of coriander and green tamarind, or used for the preparation of Mutton Rassa, a dish of curry.

The Tambda Rassa is a typical dish of Maharashtra and is one of the most colorful and tasty dishes of this region that is rich in charm and history. The dish is essentially a lamb stew prepared with a nice thick sauce made of onions, tomatoes, ginger and classic Indian spices, but what sets it apart is the bright red color, due to the dust of pepper.

But fear not, the Tambda Rassa is very delicate, because the chilies are dried seedless and therefore have an aromatic flavor, but never aggressive. Last note, that goes for the Tambda Rassa, but also for all Indian recipes. The secret to a perfect success of Indian dishes is ghee or clarified butter.

You can replace the oil, but take a little effort and prepare yourself. In traditional recipes, lamb or sheep meat is cooked in a large quantity of oil, with a mixture of spices that includes, among others, ground fennel, anise and especially pepper, a mixture of strong chillies, originating in Kolhapur.

Add salt, curd, turmeric and ginger-garlic paste to the meat pieces. Mix well and keep this for 1 hour in marination.

Heat remaining oil in a pressure cooker and add meat and potatoes on a medium flame. Stir fry the mutton till it becomes tender. Add hot water for the gravy and pressure cook till meat is soft. Remove from the cooker into a serving pot.

Garnish with coriander leaves. Serve hot with chapati or rice.