India is not only the country of a thousand colors. India is also the country of a thousand flavors but within it the traditional food of the North stands out. One of the most traditional and best prepared dishes in Northern India is undoubtedly the Shahi Paneer. This delicious dish is part of the ancient cuisine of India that has been passed down from generation to generation. It continues to delight the palates of its own and visitors.

We could also affirm without fear of being wrong that it is the country of a thousand flavors. Here each dish has a meticulous preparation, using traditional ingredients used since ancient times in families. Such is the case of the famous curries that for some years it have been gaining ground and acceptance among many diners who love the delicious food of India. 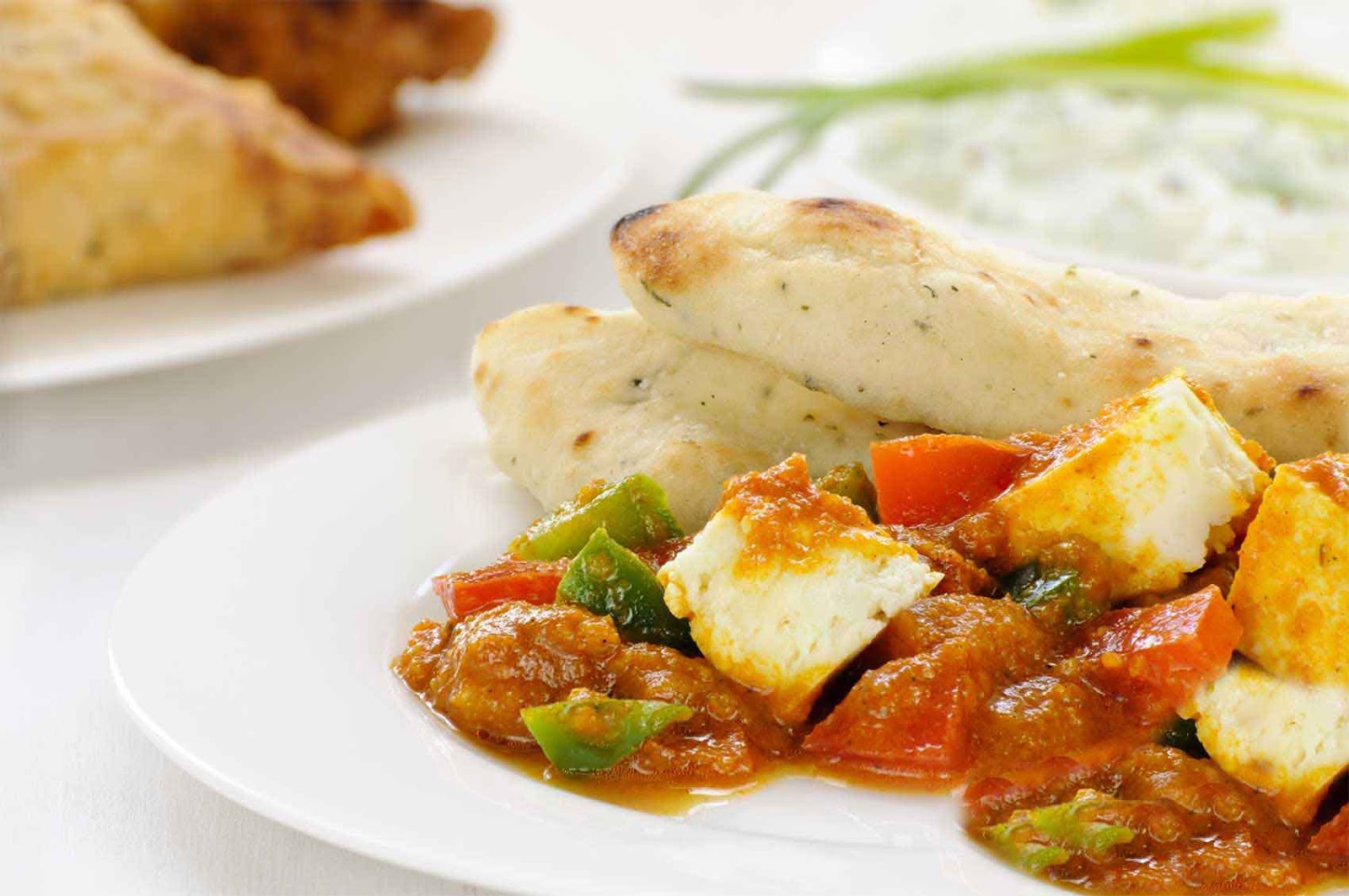 In Europe, when you ask for a vegetarian dish in a restaurant or a snack, the result is not impressive. It is annoying to see a plate of salad or raw vegetables mixed in a small vinaigrette or mayo type sauce, tartar or cocktail. In India, on the other hand, it is a palate that is offered to us from aloo parantha, pav bhaji, dal makhani, aloo gobi, Palak Paneer, Gobi Manchurian, Kashmiri dum aloo, bhindi masala, and from south India are the unmistakable idli sambar and Rava Dosa. The list is long, very long!

So I decided to offer vegetarian recipes from time to time. In the end, even carnivores will discover delicious dishes that are even better for their health.

In principle we will say that the Paneer is a type of cheese made in India. It is a curd cheese, with an acidic flavor since it has been made by heating the milk using lemon or another type of acid. This cheese does not requires rennet and it is a vegetarian diet because it is a food in its entirety lactovegetarian.

The word Shahi means royal. Therefore the preparation of this exquisite dish is linked to the most lofty cuisines of North India. But with the passage of time its preparation was extended to all homes.

The Shahi Paneer is then a kind of curry or for other specialists in traditional Indian cuisine is a thick sauce that carries the ingredients and way of preparation of this rich and traditional dish.

The Paneer is an Indian cheese similar to cottage cheese, but little flavorful and almost never eaten alone. Kadhai Paneer is a recipe prepared with cheese, a mix of red and green chilies, peppers, tomatoes, ginger, coriander and other Indian spices. The consistency can be solid, liquid or more similar to a soup.

Kadai paneer is a simply mouthwatering mild spicy Indian restaurant style recipe with paneer or cottage cheese and a tomato based gravy. It is a popular flavorful side dish in paneer recipes and is a typical Punjabi dish, normally prepared in a kadai or wok for any special occasion with paneer, colorful bell peppers coated with spicy tomato gravy, aromatic spices and herbs cooked in a ghee.

The Kadai is a sort of pan used in the Indian cuisine, hemispherical shape based, originally without any part of the bottom in plan, generally forged iron or cast iron. Is rather heavy and it allows, therefore, to retain the heat longer, while its flared shape also allows to fry in immersion despite using low doses of oil, whereas the terminal point is in direct contact with the flame.

In Indian cooking is used for virtually any type of cooking, from frying to steaming, stewing from the quick browning of ingredients in addition to crowding of sauces. Very convenient flush the grid on the edge of the pan which allows to fry and, at the same time, to keep warm and drain the already fried foods.

There is of course of different sizes and, in the West, has been adapted to the particular needs of cooking. Ne have been studied of the lightest and often coated with teflon, of which the covers are also available, often glass pyrex to allow greater control of the cooking without having to continually uncover the pot.

These materials also allow for easier cleaning and maintenance, since the original should not be washed but heated and cleaned with a cloth, making sure to grease it with oil to protect it from any signs of rust.

Add paneer, capsicum pieces and salt. Cook on low flame. When the capsicum is done put off the flame. Take off the fire. Garnish with coriander leaves on top and serve hot.

Serve with naan or parathas.