It was 3:45 pm and finally we arrived in Kolkata! Now the adventure began. Would the agency be waiting? Would they have scammed us? Anyway, these things that usually go through my head. At the end, we went to the exit and we see our chauffeur of the agency with his corresponding accreditation. When I saw my name on the poster, I knew there was no turning back!

Once in the car he gave us all the reservations of the hotels and the internal flights in a sealed envelope in my name. Finally we had the documentation of the trip! It was time to start enjoying. As it was noon, there is no time to see monuments so the driver takes us to the hotel to do the arrangements of the room and stays with us to take us later in the afternoon to see something of the city.

In the hotel some were celebrating the bachelor party of a couple so there was a party near the pool with DJ included. After a quick shower we went out. the driver takes us to a temple very typical of the city, which we later learned was the Birla Temple where they were performing a ritual in the late afternoon. Also called the Birla Mandir, the Laxminarayan Temple was built by the Birla family.

The driver told us that people went there every day at that time to make their offerings. The singing ceremony and the devotion of the people was the first thing we saw of Kolkata and the truth is that it was an exciting moment, the music, the voices of the faithful singing all together. In short, we loved it. In the car we were talking that if this started in this way, how would the rest be!

Then we went to see the Victoria Memorial, a monument where people usually gather to spend the Sunday. The driver tells us to be careful and leaves us alone for a while so we can take a walk. It was getting dark and the kalbaisakhi storm was also brewing, so since it was the first contact, we did not want to be very brave either.

We went to the Gardens. We did not visit the interior. We walked around and we went back to the car. We did not have a precise plan for the visits, and the discoveries were mainly made during the strolls. Kolkata lends itself wonderfully to this kind of discovery. Former colonial city, it has kept a special soul with all the charm of small streets and small crafts.

Sometimes, chance gave us surprises, such as an old colonial house, a gathering of Babas. We were totally immersed in Indian life. For me, the discoveries continued with the tasting of sugar cane juice. It was already late and following the recommendations of the driver we went to have dinner nearby. From the outside it did not promise much. It was around a small square but when entering it was a western type restaurant, without much pretension.

When we arrived we were the only ones, but then it was filled to the full by wealthy Indian people. It seemed that the place was fashionable. We had kati roll and kebab, which was not bad but at the end of the trip we verified that it was the most expensive place where we had eaten.

It was the beginning of the trip and we did not have to be so fussy. While we were having dinner we could check the intensity of the famous monsoon. An impressive storm came. Luckily we were inside and gave time to stop while we finished dinner. As it was already late, the driver took us to the hotel because the next day the city was waiting for us and we were tired. 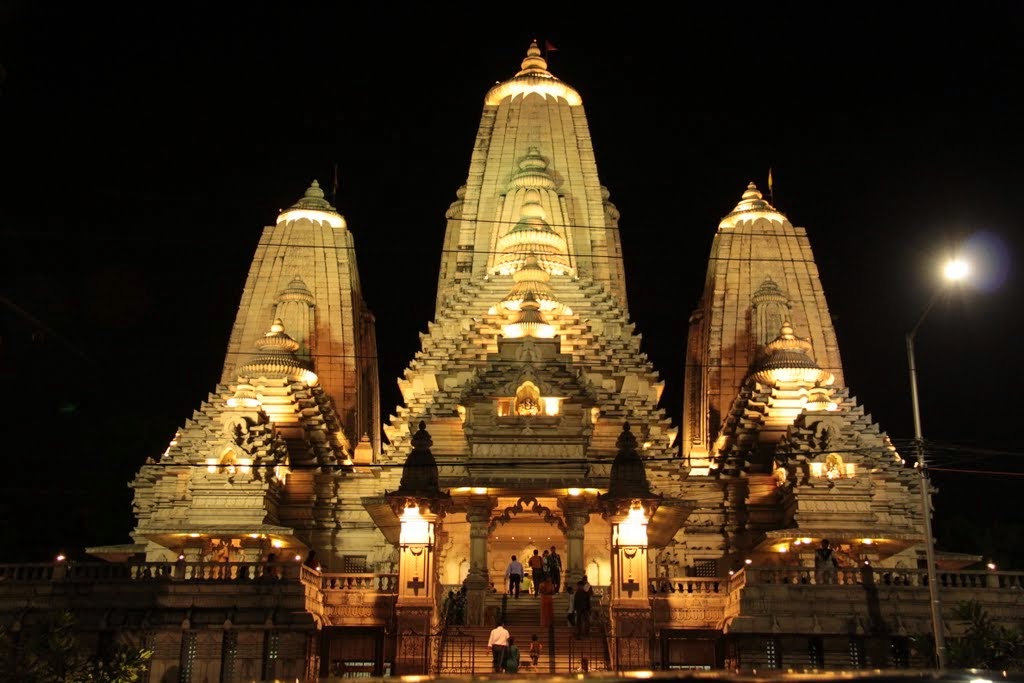