There is a famous phrase of Charles Dickens, the author of A Christmas Carol, which says that the memory like a candle shines more at Christmas. Traditionally Christmas is associated with a family celebration at home. But why not take advantage of the whole family going on vacation to travel together in the most comfortable way without losing the Christmas spirit?

In response to this question, I decided to navigate the Danube River to experience a different Christmas. We tour the most beautiful Christmas markets in Europe. It was an unforgettable memory! Is it cold? Yes, and a lot. But the experience is totally worth it! The atmosphere is very different from the one we are used to. We feel that we are really living our own Christmas movie. On board we do not have to unpack. We know many cities and towns in Europe that celebrate this holiday in a special way. The boat, the cabin and especially the friendly crew, makes warm the cold part of the experience. I have taken note of everything the guides were telling us to translate it into this post for you dear travelers. 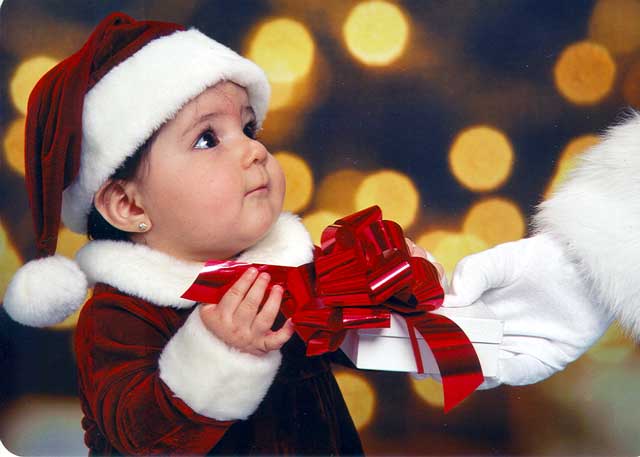 On this day comes a special moment. The ship is illuminated with Christmas lights. We have the welcome dinner sailing in front of the wonderful Parliament of Budapest. Amazing!

This day we started very early with the visit to Budapest. This city is beautiful! We begin the visit in Buda, the most stately area of ​​Budapest. We walked around the Buda Castle, from where we had the best views of the city. We follow the Matthias Church, the most famous Catholic church in Budapest, home to royal weddings and coronations. One of the most important was that of Charles IV, the last king of the Habsburg dynasty. Due to its acoustics, organ and classical music concerts are regularly held at Matías Church. Lovely! Right there is the Fisherman's Bastion, which is a viewpoint on the banks of the Danube. From the top you can see the greatness of the Parliament, although it was a cloudy day, even the view is impressive. Then we visited the center of the city and went to its Christmas market. Cute!

We sincerely needed time to get to know this city. It's so beautiful that we think it's worth to arrive at least 1 or 2 days before the day of boarding to fully enjoy Budapest.

We woke up this morning in Bratislava, the capital of Slovakia. I remember that we woke up very early to see the sunrise and it was a beautiful scene. It's a little colder than in Budapest, maybe one or two degrees less. We cross the street over a bridge and we are already in the old city of Bratislava. Small town and the most interesting thing is that it is full of very original statues, they give a very special touch to the city.

We continue to Vienna. We made a quick tour to get to know the city to have the first impression. This evening, we were at the Christmas market. My favorite! Beautiful, full of lights. Almost, I almost felt that soon Santa Claus would arrive or that he had already obtained my gift: be there! Cute Christmas memories, although a little expensive the truth. We had hot wine and an apricot tea with liquor, very rich and it helped us to fight the cold.

After the delicious dinner on board we enjoyed a night of wines and Viennese music in a rustic wine tavern on the outskirts of the city. One night of wine, locally grown, music and Austrian warmth.

Honestly my favorite city in the world! Vienna is monumental. Just writing it makes me think of elegance! Talking about Vienna before having met her in person, made me imagine an incredibly beautiful place with big white buildings. It is full of history and an architecture that has served as inspiration for many other places in the world. This time I had the opportunity to get to know the city that filled Mozart with inspiration and Hitler's frustration was impressed by its beauty.

This day we have to choose between the two options offered. Stroll through the city or cycle along the banks of the Danube and go to the Klosterneuburg monastery. Of course, because of the cold we chose the first option. Everything is so beautiful! The majestic Opera, one of the most emblematic of opera worldwide. The Hofburg Palace, the largest and oldest in Vienna. It's huge! includes the Sisi Museum, a church, the Austrian National Library, an authentic beauty! Baroque style of the eighteenth century. They say that it has more than 8 million documents, including old books, maps and papyri from the House of Habsburg.

The palace was the official residence of the Habsburgs for a long time and now it is the residence of the Austrian president. We see the Parliament, the City Hall and the University of Vienna. Afterwards, we visited the historic center, declared a World Heritage Site by UNESCO. Here is the Cathedral of San Esteban, where the wedding and the funeral of the genius Mozart took place. We were at the Albertina Museum, one of the most renowned art museums in Europe. It is not for nothing the exhibited works of artists like Monet, Renoir, Cezanne, Matisse, Miró and Picasso. It has more than 65,000 drawings and around one million engravings. A must-see place for art lovers.

In the evening, we went to a Mozart and Strauss concert. Virtuous musicians, opera singers and flexible ballet dancers. The Salonorchester Alt Wien offers a program with the compositions of "the king of waltz", Johann Strauss, and the most brilliant exponent of Viennese classicism, Wolfgang Amadeus Mozart. This one is optional, but it is very worthwhile to enjoy this evening of Viennese classical music. A really lovely night!

We arrive in Weissenkirchen (Austria) early in the morning. We had several options to choose for excursions. We chose to walk on Weissenkirchen. This small riverside town stages life in the Wachau Valley, one of the most delicate rural regions in Europe. A film fact from the Weissen or Weissenkirchen church is that they keep some sacred skulls on the altar of their temple. We continue to Melk Abbey. The Baroque style building exists from the eleventh century when an ancient castle was given to the Benedictine saints. Since then it has become one of the most important religious centers in central Europe.

The highlights are its library that in the Middle Ages, was one of the most important in the world for its collection. From here we have a panoramic view of the Danube and the city of Melk. We went to Dürnstein, a fairytale town with a ruined castle. Very nice with pastel colored houses, baroque lampposts and cobbled floors. It has only 900 inhabitants. They produce wines and are well known for their high quality, we had a tasting of the typical wine of the area at the end of our visit.

The ship arrived this morning at Linz, the second largest city in Austria. Again, we have a variety of excursions and we chose to visit Salzburg . This city has a special charm. Its historic center was declared in 1997 a World Heritage Site by UNESCO. It is an architectural jewel! It is considered the great stage of the world where Mozart is and remains an attraction in itself as this city saw him born. It is known worldwide for its festivals, mainly for its Great Festival which is the summer and is the biggest attraction. We made a tour of the historic center famous for "The Sound of Music".

The MakartSteg bridge whose rails are full of love locks. On the Kapitelplatz square is the work of the German artist Stephan Balkenhol, a man on a golden ball called Sphaera. The fact of locating works of contemporary art in the streets of Salzburg began in 2006, with the artists choosing the location of the work. This has as uniqueness the incredible view from the Plaza de la Fortaleza on the mountain. We were in Getreidegasse, a narrow little street, very beautiful! full of restaurants and shops to go shopping in our free time.

In the morning we arrived in Passau in Germany. I remember that we went up to the terrace of the boat to see how the rivers Inn and Ilz join the Danube. It is known as the city of the three rivers. A very nice city with a Mediterranean atmosphere. The city was destroyed by a large fire. Then it was rebuilt by Italian architects who printed a baroque style. It is a city inhabited by many university students and they say that Law and Business Administration careers are well known worldwide.

After the visit on foot in Passau, we continue to Vilshofen our last destination. A small town in Passau. We went out to walk to meet her, but there is not much to do the truth. The nicest thing was that when we returned to the ship, an Oktoberfest atmosphere awaited us. There was music, dancers and Bavarian beers and we met the people who started the route on the Danube and it was like our farewell party on the cruise.

This day they give us the option of taking us to the airport along with the other cruise passengers. We continue to Munich which is about 2 hours from Vilshofen. We rented a car for 3 days so we spent New Year in that city. We will tell you about our visit to Munich in a future post.

There are many alternatives to sail on a Christmas cruise, either by river or by sea. We are close to these beautiful parties that generate so much family unity always. It's not too late to start packing and leave for Christmas holidays! Then cheer up!