It is well known that transforming and perfecting things is in the DNA of the human being. When it comes to extreme water sports, this premise gets even more serious. Are you wondering what JetSurfing is? We'll tell you then.

JetSurfing is a crossover sport combining surfing and high-octane motorsports, designed to challenge and excite those who love fun on the water. Get in shape while having fun. Weighing just 15 kg, the boards can be easily transported on all commercial airlines. Its characteristics are perfect for families and for anyone who likes the world of surfing.

From now on, you can tell your friends that you are a surfer, even without ever having caught a wave. You can surf in fresh or salt water and without the need for waves or wind. This new discipline of water sports has become very fashionable on the beaches of the Caribbean and the Mediterranean and everyone can practice it.

It is one of the few motorized water vehicles that can be transported individually by car, boat and even plane, since it passes without problems as conventional luggage on both domestic and international flights. It is not necessary to mention that the difference of JetSurfing with a traditional board is the presence of a motor in its structure.

This motorized watercraft has several models, all of them with some particular specifications. Some have a gasoline engine, while others are powered by an electric motor. Gasoline powered surfboards were the first models. Its duration is about 40–50 minutes at mixed speeds or between 15 and 20 kilometres travelled.

A JetSurf board can reach speeds of up to 60 kilometres per hour on water. Its turbine engine consumes 2 litres of gasoline per hour, and has a capacity of 80 cubic centimetres. These motorized boards were initially designed to be used on beaches that do not have waves. Despite the above, some lovers of this sport also use them on giant waves.

It weighs approximately fifteen kilograms, making it very easy to carry around. Even, because it is quite light, it can be transported on an airplane, as part of the luggage. Although JetSurf boards, unlike ordinary boards, are driven by a motor, it requires a lot of dexterity to perform manoeuvres and to move forward with stability. 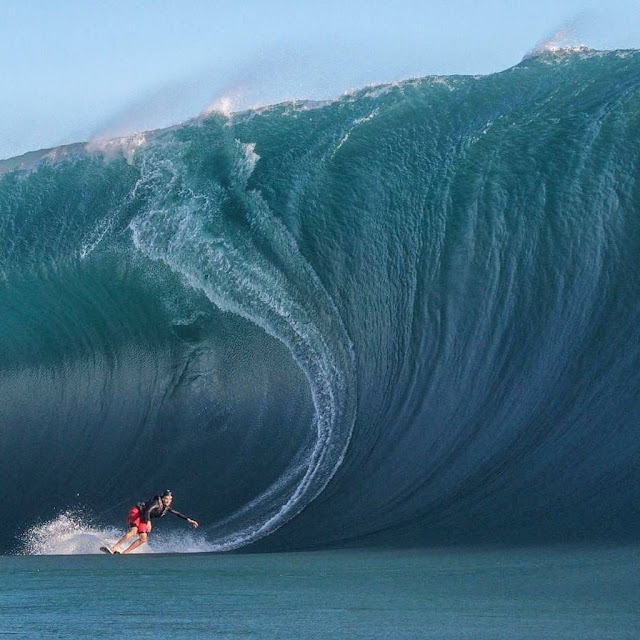 The 8000 kilometres of coastline and the central position between the waters of the Mediterranean have made Italy one of the top destinations for surfers from all over Europe. But, what are the best JetSurfing spots in Italy? So here's where to surf in Italy and how to get there: they could be found just around the corner, a stone's throw from the nearest train station.

Recco is a spot that has grown steadily in recent years and is located just over twenty kilometres from Genoa. The beach has optimal characteristics for beginners thanks to the particular location of the waves that tend to always form in the same stretch of sea, making manoeuvres easier even for less experienced sportsmen.

In recent years, it is possible to attend and participate in the Recco Surf Festival, an important competitive event that sees the participation of international pros but also of young people and enthusiasts of all levels. In Recco there is a railway station and the sea area is easily reachable on foot.

Going south along the Tyrrhenian ridge meet the famous seaside resort of Forte dei Marmi. The town in the centre of Versilia is located along the Genoa-Pisa railway line, a 40-minute bus ride from Viareggio station.

This spot is characterized by the large number of events organized every year and by the strong presence of young riders, attracted by the summer nightlife and by the presence of important discos and night clubs.

Surfing is so important to Santa Marinella that it gave its name to the City of Surf project. From the development of this initiative, the Banzai Surf Area was born, an active community along the coast in which surf schools, specialized shops and related activities act synergistically, and which every summer gives life to the Surf Expo, the most important surfing event in Italy.

Santa Marinella is one of the main spots in Lazio and is also located along the Tyrrhenian ridge, on the direct border with the city of Civitavecchia. If you happen to want to combine an artistic holiday in the capital with a top quality experience in the world of tricolour surfing, know that Santa Marinella can be reached by train from its own train station.

For many, the number one spot in Italy. Porto Ferro is located in Sardinia, in the province of Sassari, just half an hour by bus from the city of Alghero. Due to the particular position in the centre of the Mediterranean and the strength of the winds that hit it, Sardinia is universally considered the most suitable region for surfing among expert riders.

The reddish beach of Porto Ferro hosts contests of a higher technical level, in which international pro surfers perform. In any case, there is no lack of space for beginners: the southern area of the coast has less demanding sea conditions.

If Porto Ferro is considered by many to be the number one spot, Capo Mannu is beyond: a true legend. The promontory, 50 minutes by bus from Oristano station, inside the Sinis Natural Park, is constantly exposed to all winds of the western quadrant and in particular to the mistral.

On days of more intense wind, storm surges can develop waves up to seven meters high. These features make Capo Mannu excellent for more experienced riders but not very suitable for beginners.

To the artistic beauties, the Italian peninsula combines an equally spectacular naturalistic wealth: the beaches and coasts bathed by the Mediterranean are very close to the main cities and in recent years they have seen a multiplication of colourful surfboards that whiz in balance on the reef. We have indicated some of the most important, now it's up to you to get a train ticket and ride the wave. JetSurfing is safe, but above all, a true adrenaline experience never seen before.

Where to rent surfboards?

The ideal place to rent surfboards with a motor in Italy is Top Jet Surfing that offers you all the models to start your adventure in the world of surfing.