Empire by Devi Yesodharan mix real facts with fantasy but are so well mixed that you will get lost in the pages. This is a true historical fiction has come up with the right mix of reality and fantasy. The book offers us a fascinating adventure set in our untold past.

When we hear the word Empire, kings, and medieval tournaments comes to mind that is always set in Europe. This time, yet, we embark on a trip to India, where we meet the Chola Dynasty. Perhaps they are not so well-known to the general public but they left a mark that we can still observe today.

Its peak was between the 10th and 12th centuries under Rajaraja Chola I and his son Rajendra Chola. Thanks to the wealth created from the prosperous trade routes, Rajaraja created a powerful army. Chola was one of the most powerful dynasties ever on Indian soil. The kingdom also lured foreigners who professed a different faith.

Empire looks like a drama coming out of pages and pages full of dreams. The book is born from the fanciful pen of a talented writer. It talks about the life of those times through a character named Aremis and Ananth. Anantha, the Chola commander finds Aremis, an 11-year-old girl during the Greek assault of Nagapattinam.

Aremis is trained to become a female warrior and becomes the bodyguard of the king. She was a perpetually countercurrent toast in an era when women lived concealed, veiled, and segregated in the harem. But, like in every great novel the fate of Aremis takes an unexpected turn. The book outlines a future far different from what one might imagine as she is expelled. Can she bounce back and prove her indispensability in the battles that follow?

There are shots interweaving with distant lands between mysteries and action. The game of thrones between power groups recalls a saga. This is a book of extraordinary visual power. It has the traces of conspiracies and the accounts of ruinous war campaigns.

It also seeks to find out how the ancient Indians were light years ahead of the so-called modern era. There is all from the organization of the army, the way to fight, trade, and managing countries that have been conquered.

What makes the book something more than a historical fiction is the way the weave is craft. It gives the feeling of a straightforward chronicle. Many things appear true in this novel with authentic names, places, battles, ambushes, executions, and the rest. But in the middle is a fiction. In fact, the book is defined in the same words by its author.

In short, the author has succeeded in her intent to catapult the reader into a particular dimension. One can observe the society in a much more detailed way. The book tells a series of frescoes on life in the times of the Chola Empire in a fictional form.

The adventurous plot is full of historical and novel ideas. The book is well distributed in an easy to read the story. Reading the pages does not mean that we are back to history in its depths. It scans those scenes that are almost never explored.

We can meditate on our story and read the stories with what we have been able to do and remain mortified. The author faces a ignored historical period with a precision.

I was concerned with how to approach the story that is so exciting and passionate. I have enriched myself in knowledge in reflection with parallels of so many aspects of the modern day. The surprise was to observe many common aspects with current times.

It is a nice book to be reread to cover some particular notions that increase our curiosity page after page. You get to the end without realizing it, as page after page it becomes impossible to detach. It is because here there is more than the history of the Chola Empire. There will be much to read the story of the people and their living histories that inhabited the various points of the great empire.

What to say? I am surprised, as I did not expect to be so involved. Instead, this book turned out to be much more interesting than expected. It actually almost opened the world, giving me an incredible amount of information and curiosity. It revealed things of the ancient Chola Empire that I would never suspect. 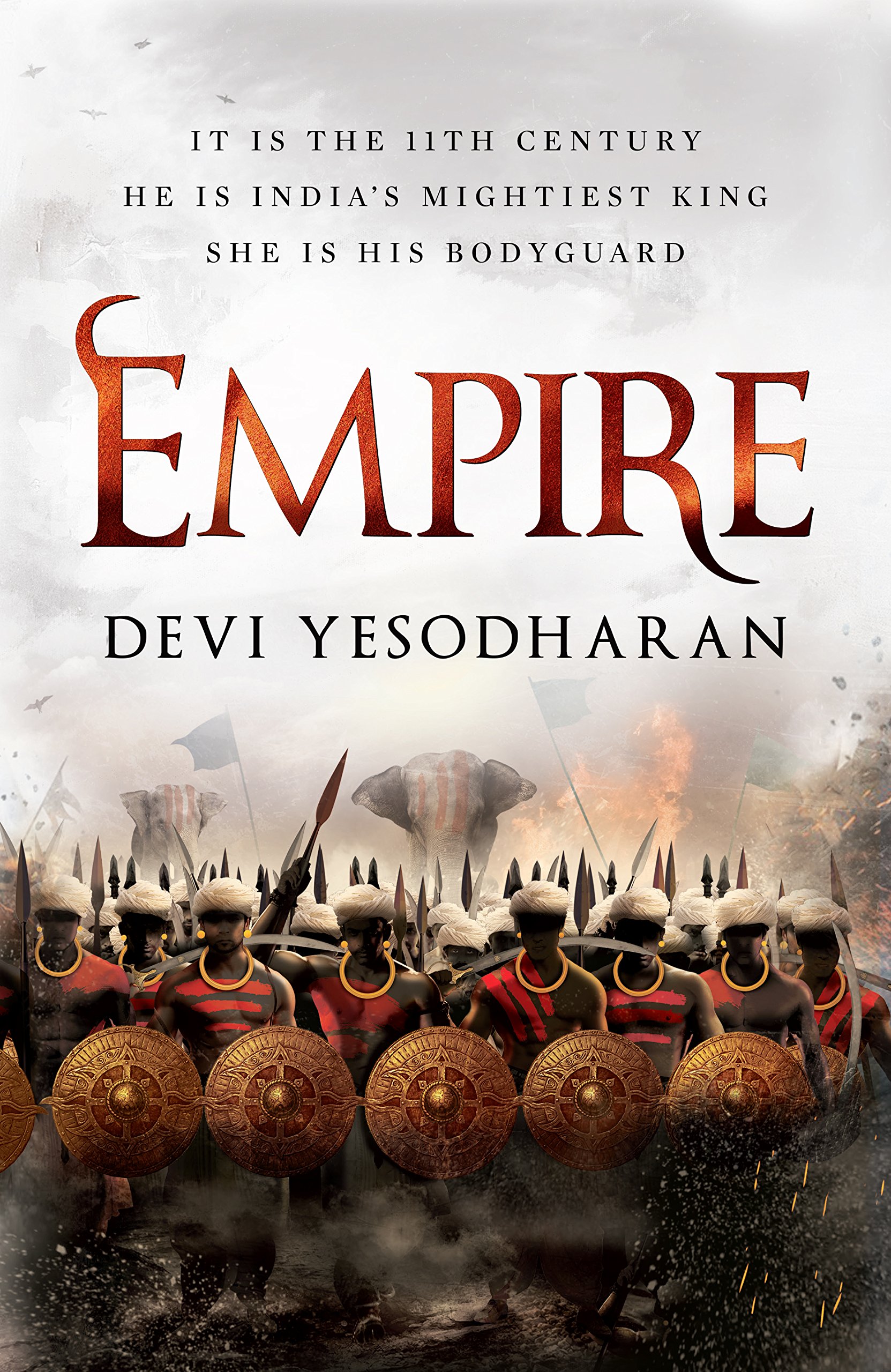 Devi Yesodharan with her story takes us back in time. She makes us live indescribable emotions that go with the reading all over her path. The book in spite of the length does not disappoint. This compelling book is well suited for TV series and movies. In each stage of the story, there is a curiosity and a piece of everyday life that is like our day. Describing the narrative is not easy for reasons not only due to the great size of the text but also for its amazing complexity.

The result is a long and pleasant book full of curiosity, historical notes, and tasty anecdotes. It is as though the author teleported us and made us live the everyday life of that century. And then find that the people were not so different from us!