We left early for the city of Morelia, capital of the state of Michoacan, which is approximately 350 km from Mexico City. We arrived in Morelia, a beautiful city, very old and with a lot of history to tell, especially about the independence of Mexico.

We toured the city, which was formerly called Valladolid. We visited the Cathedral, the Plaza de Armas, several palaces, temples and schools. All has murals of the history of the city and Mexico, very nice and well preserved. The city was already preparing for the Dia de los Muertos or the Day of the Dead. I immediately realized that it was going to be an especially heartfelt celebration, for the city as for me.

What characterizes the Day of the Dead? It is a mixture between the feeling of sadness for having lost loved ones, and a kind of celebration because they went to a better place. The whole city is decorated with flowers, fruits, crosses, candles, skulls and very funny skeletons dressed in elegant attire, called caterinas.

And in every house, hotel, restaurant, there is a kind of altar with decorations, offerings and even pictures of the dead. The families gather in the cemeteries and decorate the graves of their dead with yellow flowers of cempoalxochitl. There are also fruits such as bananas, oranges and lemons painted in colors, breads in the form of animals or of thread and sugar figures . The tombs are covered with embroidered napkins. On them people put pots, jugs and baskets with the deceased's favorite foods and candles that guide the path of the dead.

Imagine the surprise to find ourselves in the main square with tombstones, tombs and crosses everywhere! We were walking through the square. Each piece of grass had a grave with its respective adornment, and offerings such as bread, tortillas and even a bottle of tequila. There were also photos of the deceased and memorial skeletons.

In short, the reason why we went to stop in Morelia is because near there, about 50 km away, there is a large lake called Patzcuaro with several islands. In one of them, Janitzio, we can see the night of the Day of the Dead, in all its majesty. Those who go to the cemetery there are mostly indigenous, which makes it more autochthonous. But as it is difficult to go, we hired a tour.

The tour took us first to the town of Tzintzuntzan (each name is a tongue twister here). We got off the bus in a route full of people, cars, taco stalls and bars. There we went, to the pyramid but it was all dark, nor did it appear in the photos. We go down to the square by a pedestrian avenue, full of people, with a band playing, crafts, food, balloons and skeletons. All very typical.

We continue our trip to the pier of San Pedrito, where we took a boat that took us to the Janitzio island. The island turned out to be beautiful, with its buildings rising from the pier to the top. There is a monument, with narrow streets full of food and craft stalls with many people everywhere. And, although we climb to the top of the whole, the nicest thing is simply to walk around the island. I imagine that by day it must be very impressive because of the views that there are of the city and the lake Patzcuaro.

We went a little and then we went to the cemetery that was like the metro at 5 o'clock in the afternoon. Many indigenous families were decorating the tombs and accompanying their dead. The tradition is that they stay with them all night. The children sleep and the women and men decorate and keep the tomb clean.

The truth is that it is an unusual sensation. On the one hand there is a staggering silence, because everyone understands the sensitivity of the situation. That does not prevent them from taking a photo at 15 cm from the face of the poor Indian who watches her dead, with flash!

Worst of all, there are so many people that we do not know where we are going. We do not even see our feet! Everyone walks around and stumbles wherever they can. I'm sure I trampled on a few graves. The evening was truly an exceptional moment, much more impressive than Halloween. I like this kind of surprise.

After the walk through the cemetery, which lasted a long time because there was a traffic jam, we returned to the dock, and to the boat, and then to the collective and much later, to Morelia. We go to finally sleep like at 5 am. 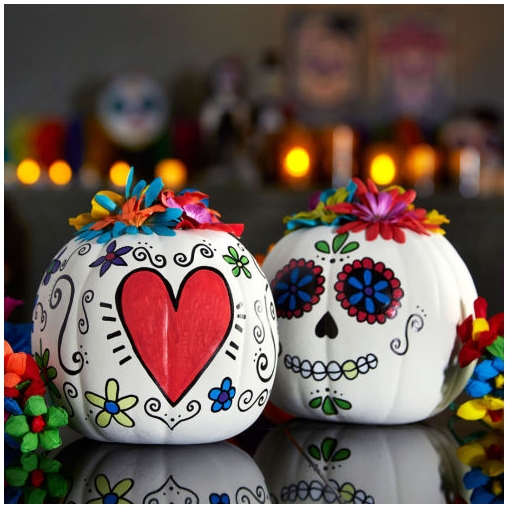