After choosing one from the Lonely Planet guide, I opted for a hotel at a reasonable price. The price is almost triple than the one mentioned in the guide. I say to the receptionist that it is too expensive. She tells me to wait and offers me the same rate but with breakfast included and unlimited internet access.

I can just as well afford it. I'm sick of filthy rooms and then there is the air conditioning. Since Pondicherry, I have only that word in my mouth. The hotel is super clean. Of course, I do not take long to discover that breakfast and internet were included in the price anyway.

I get up at 6:45 am to visit Sri Meenakshi Temple, a huge complex, with lots of brightly painted gopurams, and pilgrims. I go early for 3 good reasons. The access is only barefoot and the sooner I go there the fewer people there will be. I also have to travel another 4 hours bus to Kumily. We finish the visit quickly. It is forbidden to enter the temple with a camera.

Once my visit is over, I return to the hotel and go back to the shower, put on my clean clothes and go to the bus station. The bus remin full almost the whole way. It did not stop me from enjoying the scenery and gloating inside the first mountains. These mountains amaze me and let me think that soon these pearls of sweat flowing along my spine will give way to chills of freshness.

I catch myself dreaming of being cold. There is no point in dreaming, as I was too hot. But, the temperature is finally bearable. It may be 32 degrees during the day, and miraculously the temperature went down to 23 degrees during the night. If I came here, it is not only for the mild weather but also for the Periyar Wildlife Sanctuary, its tigers, elephants, monkeys and everything. But that's for tomorrow!

Kumily is a village perched high on a mountain on the border of Tamil Nadu and Kerala. Having used public transport, the bus stopped me at the Tamil-side border. Kumily is especially a village dedicated to tourists who come to visit the Periyar National Park. There are mostly local tourists. The backpackers are few, but it seems that they have all made an appointment at the guest house that I target.

The manager recommend me the guest-house of his neighbor. We get a large room furnished in teak and a terrace with stone benches. I drop the bags on the bed and leave for a ride before dark. I head straight for the eco-centre which offers treks in the park. Being alone, the rate seem quite high. We can be up to 4 per group, but it's up to me to find the people and get paid by them.

The rate pains me and I turn my back on them. I will go hiking elsewhere. The vegetation is very different from that encountered until now. Coconut palms are counted on the fingers of one hand and replaced by banana trees, but especially spice plantations of cardamom, vanilla, cinnamon, and the choice is vast. This is reflected in the city by a multiplicity of specialized spice shops.

In fact Kumily has hotels, guest-houses, and spice shops and the linearity of the formula is sometimes interrupted by a small traditional grocery store or a seller of dried bananas. As the night comes, I prepare to go to dinner in one of the decent restaurants in the city. I relish the Chicken 65, pieces of chicken marinated with spices, and then fried. It is a pleasant new discovery.

There are countless stories about the name of this recipe. Some argue that the chicken must be 65 days old to reach the optimum flavor. Another explanation, which has more of legend than of reality, would be that the original recipe consisted of 65 ingredients. There is even a legend that says one have to prepare the recipe at least 65 times before one start to get it right.

Of all of them, the one that is most popular is the one that tells that the 65 refers to the year 1965, year in which the recipe could have been invented in the military kitchens of the soldiers who intervened in the war between India and Pakistan or in the kitchens of a hotel in the city of Chennai, in the southeast of India, where the dish is very popular.

In any case, whatever the story that gives rise to the name, chicken 65 looks delicious. The thighs are cut into bite-sized pieces and marinated in a mixture of ajinomoto, chili powder, cilantro, garlic-ginger paste, salt and pepper. The pieces are then passed through rice flour, cornstarch, sprinkled with more chili powder and fried. After frying, the pieces are sauteed in a yogurt sauce with spices.

I'm tired tonight, so I go to bed soon. It seems like there's a party somewhere. Songs that look very traditional fill the evening air, interspersed with dialogues through powerful speakers. It is difficult to sleep till it's 2:00 in the morning when a mosquito start sizzling in my ears. This is another noise that prevents me from sleeping.

I turn on the light and I can see the huge bites on my legs. All to my delight to be able to benefit from a little cool night, I spread out on the sheets! I retaliate with anti-mosquito repellent and I turn off the light. As soon as I turn on it disappears, and as soon as I switch off the light it comes to tickle my ears!

Having failed to make the sneaky creature vanish, at 3:00 am, I definitively abandon the game. I slip into my bag and I put on a sweatshirt, which is thicker for what I have at night. As it has a hood, I cover my ears to try to stop hearing the little monster but without much success. It was really good this little night in the sauna. 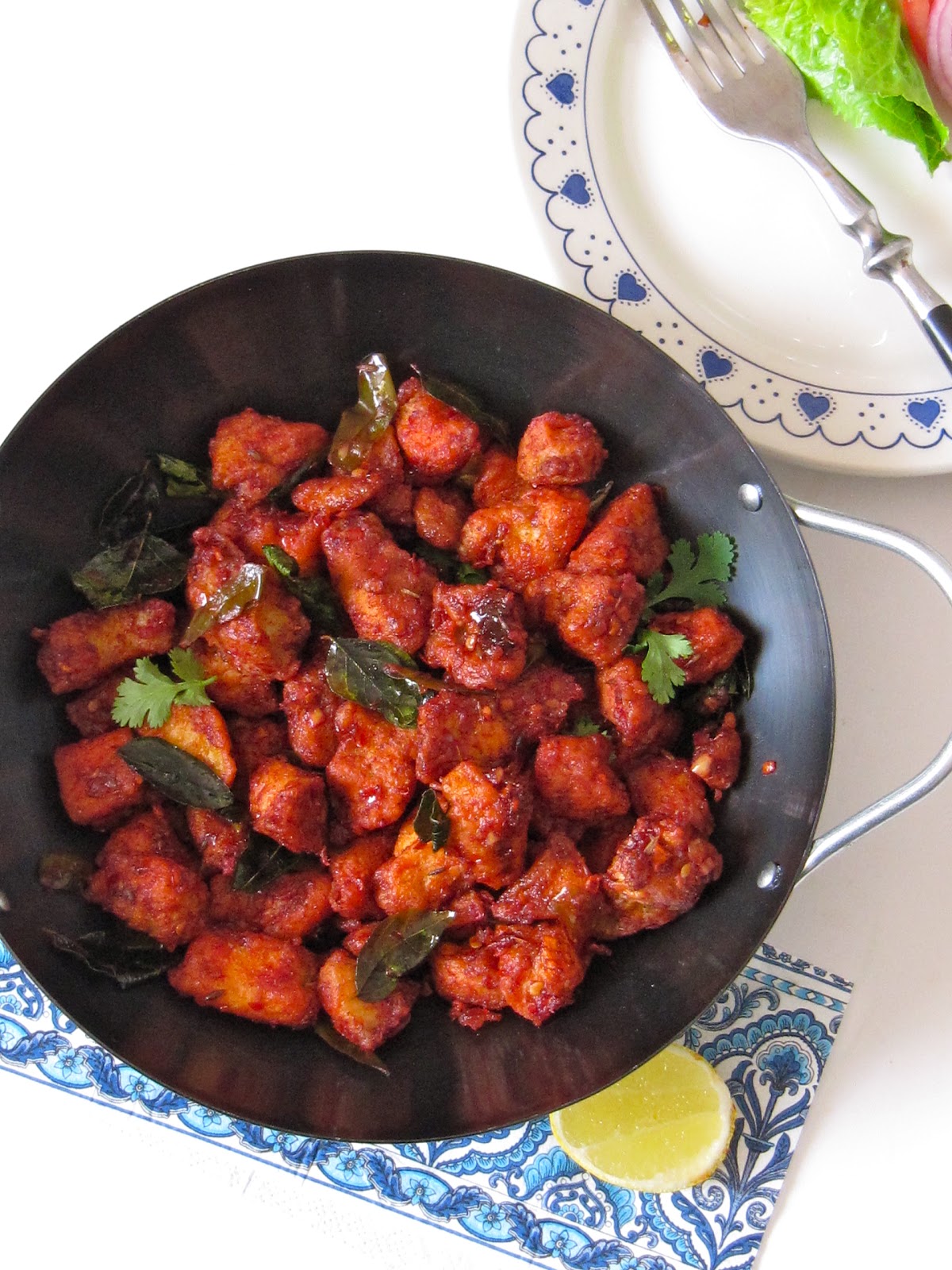 As yesterday, I gave up the organized tiger safari, I still need to make it up, and the idea of ​​walking in the park tempts me. There is a 3 km walk to the lake, a major tourist attraction. It seems that the locals are rushing en masse into old rafts to circle the lake, hoping to see some animals. I think it's average, knowing the decibel levels needed for a local to feel safe.

Moreover, as soon as I the enter the park, I am greeted with fanfare of speakers who spit music that is heard till 1 km. The sound was still too loud when I passed in front of the speakers. On the way, I am overwhelmed by bicycles, rickshaws, motorcycles, trucks, and buses. They all rush to the pier for the last scheduled departure in 45 minutes. My tranquility is not really assured and I frankly doubt to see anything. And yet, I crossed what I would call a doe.

I arrive at the jetty too. Before that I had to cross the armored parking of vehicles of all kinds and the macaques. It's been a long time. I watch the old bastard take charge, without regret. There, I get caught by a student in tourism who has a small questionnaire to fill me. It's not as if I had an appointment, so I fill it in her little questionnaire of 120 questions on 5 pages!

In addition, it only covers Kerala, where I arrived the day before. I do not have much to answer. The park closing is at 17:00, and knowing that it is 15:30, I restart in the other direction. There, I meet a new variety of monkey, much more flaccid than his cousins. This is the problem of discovering nature without a guide. I do not learn much.

This 6km will still have allowed me to breathe something other than the smoke of auto rickshaw and enjoy a momentary silence, which here is priceless. On my way to the only bar in the city that serves very cold beers, I came across a dance ceremony in front of a temple. Four porters make two flower-covered puffs dance while two men blow up in the air and spin palanquins to the sound of percussion.

It looks like it's a local New Year day. I stopped for a moment to look at them and ran to the nearest bar to have beer. All invigorated by these adventures, I indulge in a new culinary discovery of the chicken lollipop. It is actually chicken cubes marinated in spices and fried.

The Chicken 65 is a dish spicy recipe of chicken fried by immersion, very popular in India and South Asia, where it is consumed as a starter. The particular flavor of the dish is due to the use of spices such as ginger, cayenne powder, mustard and vinegar. Despite the name Chicken 65 is universally recognized as the official name of the dish, there are multiple versions for the origin of the name.

The 65 is the year in which the plate was introduced in the menu of the famous Indian restaurant Buhari Hotel. In this menu there are in fact other variants introduced in subsequent years, such as the Chicken 78, Chicken 82 or Chicken 90. The number 65 represents the number of days that the meat should be marinated for a preparation, or even for the year of creation of the dish. However, the first interpretation seems wrong, because after 65 days of marinating the meat would be in an advanced state of decomposition. Other versions they want rather than the number comes from a list of 65 Indian recipes made ​​from chillies, and that this dish was just the sixty-fifth.

The number 65 indicates the days of the life of the chicken before slaughter, so about two months of life. However, skeptics argue that generally the best meat obtained from the bird is after 25-30 days of life, and that in 65 days the animal is already too old and fat.

The number 65 indicates the number of pieces in which the animal is dissected for the preparation, or indicates that only one chicken can prepare 65 portions. However, even this source turns out to be quite controversial, because a chicken cut into 65 shares would resemble more like a minced chicken meat rather than the Chicken 65.

In a small deep bowl add onion, garlic, ginger, curd, red chilli powder, salt, cumin powder, coriander powder and pepper powder. Mix the ingredients and seasoning well to form the marinate base till you get a reddish paste.

Cut chicken breast into bite sized pieces. Pierce the chicken with a fork. Apply the paste all over the chicken. Coat the chicken well with the marinade and let it sit for 2 hrs.

In a heavy bottom wok heat oil. Take a few pieces of marinated chicken and rub it in the flour and corn flour. Dip it in the egg and fry it in the oil on high heat till it turns golden brown on all sides. Remove from oil and set aside.

Heat 2 tbsp oil in a skillet and add some garlic, spring onions and ginger paste and fry until it turns brown. Lower the heat and add butter milk, food coloring, and salt to taste. Cook until the butter milk mixture comes to a boil. Now add the chicken pieces and stir until the liquid is absorbed and the meat looks dry.