In today's recipe I will make a type of Sabudana Khichdi with some variations in the preparation and spices. The sago, sabudana or sago is one of those not so rare ingredients we've probably ever seen but have never bought. I remember that the first time I bought tapioca pearls was in a normal supermarket. They were on the same shelves as rice grits and other soup ingredients.

So I tried to do what the package suggested and add it to a soup. What was left after a while were transparent pearls and a pleasant aroma and flavor throughout the soup. So it became one of my basics in the kitchen. Some time later I found these pearls in different sizes in oriental supermarkets and stores.

I have seen small pearls, a little larger (medium) and large, which is what makes the famous Taiwanese bubble tea. And what do you do with them other than soups and tea? Well, looking for a bit you see that in the kitchens of India and other countries of Southeast Asia it has many uses. It is used in puddings, desserts, salty snacks, and taken with breads, rice.

When you buy tapioca pearls, keep them in a tightly sealed jar (and highly recommended if you live in an area with high humidity) to prevent them from absorbing water and get bad. By absorbing water they soften, and if we apply heat, much more. That is to say, if we cook them they will end up very soft and transparent.

Tapioca pearls retain their shape quite well when we leave them to soak or boil, as they do not melt immediately, but instead seem to act as a single granule that hydrates and softens with temperature and humidity. If we boil the tapioca pearls and then put them in cold water, what will happen is that they will become hard, and after a while they will undo and become very soft. It's the same thing that happens when we make a gel with tapioca flour.

The recipe is very simple although it has medium difficulty (for that of getting the correct texture). So I will explain in parts the treatment of each ingredient and the method. I have made it with fenugreek leaves, which are sold in supermarkets and shops, in boxes (it comes a lot and it is cheap). You can add fresh cilantro (this is what is usually used), fresh chopped chilis. 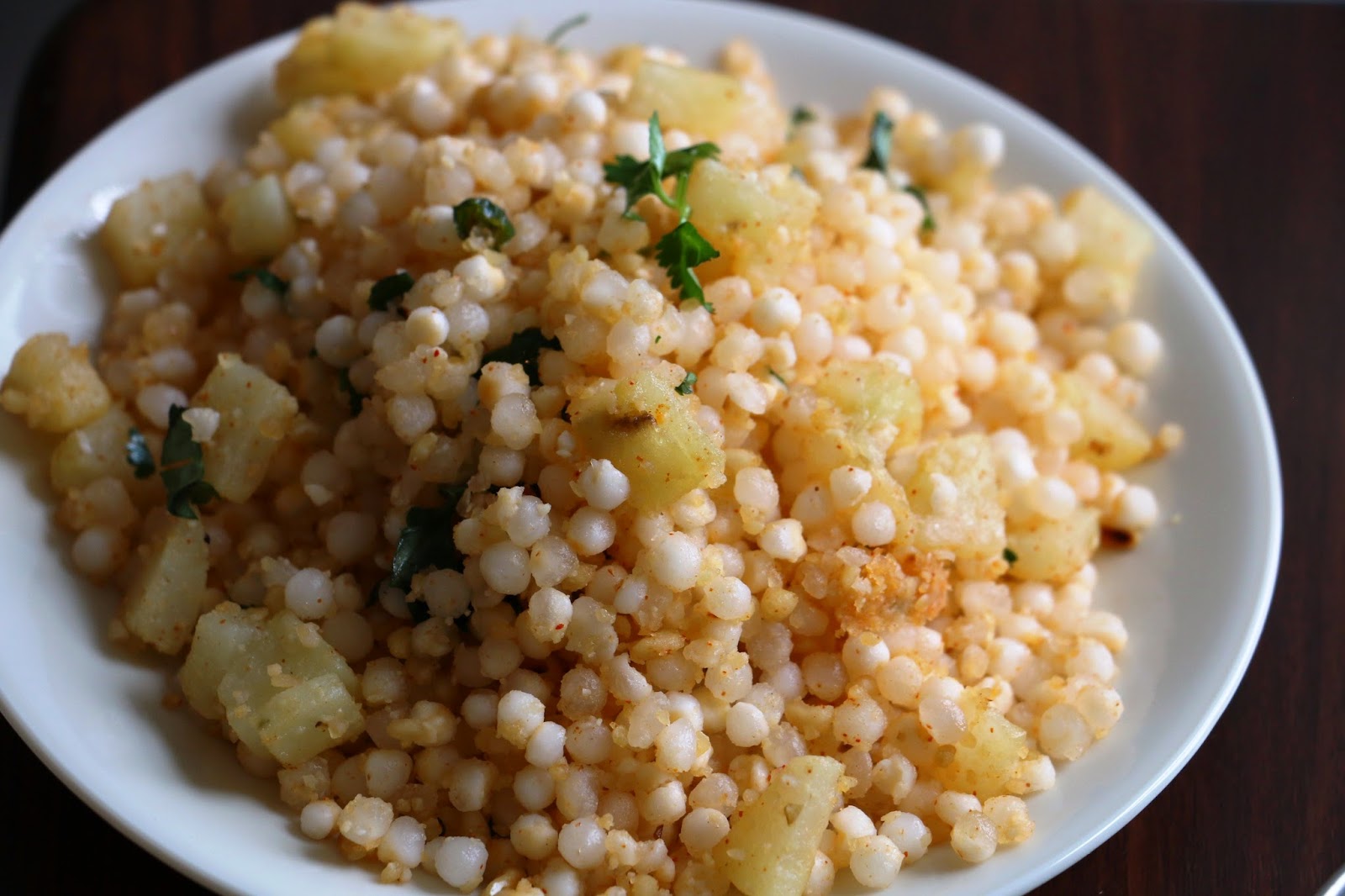 Sabudana Khichadi is an Indian dish made from soaked Sabudana Sago also known as Tapioca and is usually prepared in western parts of India especially in Gujarat and Maharashtra. This recipe is mildly spiced and peanuts give it a light crunch.


The khichdi is a dish native to South Asia made from rice and lentils. In India it is commonly considered comfort food, and has inspired the Anglo-Indian dish of kedgeree. Great if you have a stomach ache or the flu. The khichdi, consists of a plate of lentils cooked with wheat or rice served with onions fried in oil.

The name is varied and in fact, it is called Kichari or Kicharee, Kicheri, Khichdi and other names ultimately it is always the same dish Ayurveda. the first recipe that I propose, and the first dish that I myself have experienced. It is a preparation of rice, basmati great if full, and mung beans or moong, enlivened by spices, which will be chosen in limited quantities according to Dosha that you want to rebalance.

This dish is consumed during the panchakarma, the five purification procedures of Ayurveda. It is recommended for each time you want to purify yourself and put a little rest your digestive system. As the recipe is very flexible, you can prepare in many variations. You can use other grains, legumes and vegetables. You can then choose to make it more soupy like porridge, which can be digested better or as a risotto.

Sabudana Khichdi is one of the most popular recipes during Navratri fasting. This savory pudding is made from Sago cooked with potatoes and crushed peanuts.

Wash the tapioca well with water and soak them overnight.

Take a pan and dry roast some peanuts till brown and pulse them into a coarse powder and set them aside.
Place a pan, Heat some ghee in it. Add cumin seeds, curry leaves, Chopped green chillies and finely chopped potatoes, Turmeric powder and salt and stir well. Close the lid for 2 minutes till the potatoes cook well.

Add sugar, red chilli powder and tapioca and toss well on medium flame until the pearls are cooked and become slightly transparent. Add little water. Add the roasted peanut powder to it and toss well for another minute until its all mixed well.

Switch off the stove and add a dash of lemon juice and few coriander leaves and serve warm.