At 350 km from Bangalore, the mountainous region of Kodagu also called Coorg is located at an altitude of over 1300m in Karnataka. The beautiful city is comfortably set in the lush Western Ghats, the mountain range stretching along the western coast. It is a relatively unexplored land inhabited by Kodava and Tibetan refugees which is full of surprises.

Madikeri is the main city of this charming region. This place is so isolated that many South Indians have never visited it. Coorg is known as the Scotland of India. 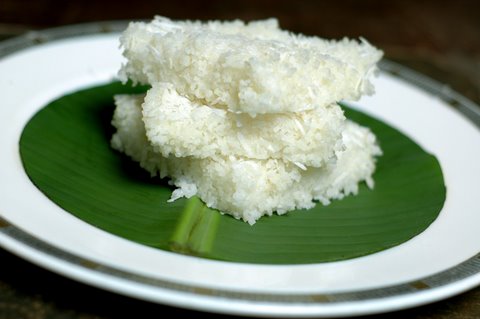 At night, we took the night bus at 12 in Bangalore towards Coorg. We disembarked at the bus station and we were caught by a bewildering crowd. People were walking in a perpetual movement among street vendors, while travelers crammed in the middle of the luggage.

The station is the paradise of pickpockets. In the crowd, a man grabbed my wrist to try to steal my watch (he had the eye as I see it to the right! I cleared quickly and he disappeared as if by magic in the incessant stream of people.

We finally managed to get on the right bus. It is a feat in view of the information exclusively in Kannada. The conductor then asks us for our ticket and looks at it carefully in the glow of the weakening neon hanging from the ceiling of the bus.

The bus starts off in a concert of horns and many zig-zag roads. We finally extricate ourselves from the crush of the bus station. Then begins the long uniform parade of the nocturnal landscape with unwanted re-lighting of the neon on the ceiling when it stops to let people up or down.

The road is extremely long. We have little room but we sleep as we can by tilting the seats. There are children who scream, old people who clear their tonsils, men who spit out the window and people who snore.

The more the time passes, the cooler becomes the air and the humid atmosphere goes. The last two hours of the journey are horrible as a rain falls heavily. The road is very bad which means that most luxury buses do not climb the mountains this season and mudflows devour the roadway.

After more than 6 hours drive, we arrived in a small station lit by a filthy neon. It is 6:25 in the morning. We are exhausted. There is an intense cold and moisture creeps everywhere. We call a number we were given. A guy answers us after a few rings that seem endless!

Finally, a car picks us up in the pouring rain and goes down winding slopes and drops us off at the entrance of a flat building that serves as a hotel.

After that, it is a surrealist scene! Loaded with our backpacks, we enter the lobby of the hotel that is not illuminated and a man lying on the floor jumps suddenly. He calls another man. He does not speak Hindi but explains that there is no electricity and that the break will be long.

In the light of the cell phone, he opens the register of the reception. Finally, I take out a flashlight from my bag. We have a long chat to know if they were to give us a room with air conditioning or without. It is hardly useful at 6am when it is cold and there is no electricity! We get a room without air conditioning and we quickly inquire modalities for the breakfast. It is available till 9:30 am so it leaves us a few hours to sleep a little!

We enter the room with a musty unbearable smell! In this climate, nothing dries. The sheets are soaked and the air is icy. The shutters do not close and with pants, socks and a sweater, we fall asleep for a few hours. We were finally awakened by noisy neighbors and the rain that crashes on the tiles.

We cannot take a shower as the current is still not back. The water heater gives only a trickle of cold water and there is no soap or towels. We leave in search of the breakfast and we are entitled to two fried eggs with toast and a hot black tea that warms our body!

At 10 am, we went aboard the car to discover the region. The rain has stopped but the sky is heavy with clouds. The white car paces the meanders of the mountain roads. The region is beautiful with wooded hills as far as the eye can see. There are coffee plantations, rice fields in the valley bottom and myriad flowers bloom with the drops of rain. There are birds and huge butterflies with unknown hues.

We stop first near a natural spring in the winding folds of the road. Then we go to the Dubare Forest Reserve which borders the Cauvery River. We stop again, and we embark on a barge to cross the river and go to an elephant breeding camp. On the sandy shores, the mahouts shower the elephants and feed them. We then go on a leisurely ride on elephants in a basket.

Then we leave our charming pachyderms and go back to the shore. We go for a walk in an area of the forest through which we reach by crossing the river by a bridge of monkeys. On the other side, there are bamboo jungles and curious little huts have even pushed to the top of the bamboo!

People are all armed with plant whips. We quickly realize that fiery little monkeys try to climb on the barge lost in the sight of lush greenery. The backpack is a mirador of choice for the primates. We keep good memories of these animals with disturbing behavior.

We finish our walk by admiring a painted wood sculpture. At lunchtime, we go back to the Madikeri village, the only real village in the Coorg region near the bus station. Here we enjoy a dish of paputtu and Koli curry. The rain falls down during the meal and fortunately stops when we leave.

In the afternoon we go to Bylakuppe. It is here that after the invasion of Tibet by China, thousands of Tibetan refugees settled, where the government of Karnataka gave them land. Since then, the village has grown around monasteries inhabited by monks in brown and yellow robes. The colorful and inscribed flags float above the houses.

We visited the breathtaking Namdroling Monastery near Kushalnagar. It contains the magnificent golden temple containing an 18m high Buddha completely covered in gold. Barefooted, we walked at random temples as the drums and the gongs sound. We see the clamor of the hundreds of young novices with their shaven heads, wrapped in their ocher and saffron robes.

It was an intense moment full of colors, and a vibrant atmosphere. The novices have finished classes, and a hundred men of all ages gets up and run to the exit of the temple like college students on a holiday. The place remains empty leaving the desks at ground level. There are odes of large papers covered with sacred scriptures packed in colored cloth cases.

After this bubble of Tibet, we go to the Abbi Falls. After a wet descent in a labyrinth of steps polluted by garbage here and there in the middle of the coffee plants, we arrive near the huge and bubbling waterfalls.

We then returned to Madikeri to go to the beautiful and peaceful tombs of Raja. On a plateau, covered with puddles and earth, kids play cricket. There are large mausoleums, and an old woman decrepit like the wet walls of places. The interior is wet and rather sinister. Our little bare feet quickly became blue in contact with marble covering the ground.

Then we walk to a garden in the city called Raja's seat, which offers a breathtaking panorama but the clouds were quick to surprise us. We go back up the muddy slopes to the umbrella shelter!

We returned cold and soaked in the hotel. We finally got a soap to shower but the shower did not work. We bathe in the old bathroom with buckets of hot water. Afterwards, we had a quick local meal and we went to bed dressed with the few dry things we had.

Following the desire to try a dessert for breakfast different than usual, I came across the Paputtu and I immediately decided to try the cake with rice flour and coconut. The cake in question is tasty and fragrant, soft and perfect as a base to enrich or stuffing to taste. The Paputtu rice cake is a cake prepared a bit all over Coorg or Kodagu in Karnataka with different variations from region to region. Paputtu, literally sticky rice with coconut, and the end result from the aesthetic point of view is very similar to homegrown rice pudding.

The version of the rice cake proposed here is a traditional recipe, which was usually prepared for Dasara. Also for this rice cake, which is very simple but tasty, there are variants that provide for the addition of coconut and cardamom. The rice cake is prepared by boiling rice in milk until completely cooked and then combining sugar and dill leaves. You can add eggs and the mixture is baked in the oven and sprinkled with sugar before being served to the table with chicken koli curry.

With an exotic taste that everyone loves, Paputtu is one of the first cakes that girls learn to do in the kitchen from their grandmother. In this recipe we used the coconut flakes, that is, the fruit pulp which is first dried and then milled. The coconut is delicious, gluten free, natural and preservative. The cake with coconut and rice flour is sweet and easy to prepare and suitable for breakfast or snack for the whole family.

The use of rice flour in this recipe will allow you to have a fluffy sweet, thanks to the rich amount of starch in it, which, however, shall in no way alter the final taste. It's very soft texture and the intoxicating scent of coconut will make you love this sweet at first taste. It also contains very little fat, making it also suitable for children.

The type of rice used for the preparation of this cake is the glutinous rice, a sticky rice, grown mainly in South India and so called because it contains no gluten but because, once cooked, is very sticky. Our fresh rice with coconut cake was prepared following the coorgi tradition. The ingredients are typical of this geographical region and the rice was steamed. In the plate it dominates the sweetness and aroma of coconut, while the balance is guaranteed by the freshness of the cardamom. We see, then, how to prepare this excellent coconut cake with rice flour.

Soak the crushed rice flour in the water for about half an hour. Grease a medium sized thali or mold that fits into your steamer.

Add the milk, coconut milk, cardamom, salt along with soaked rice with water to the thali. Sprinkle the coconut on the top and steam for about 30 minutes or until a skewer inserted comes out clean.

Open lid, cool slightly, take them out carefully and slice into triangles and serve.