Early in the morning we went to look for the minivan at the hotel to travel from Santa Marta to Cartagena. Our guide had been clear. Do not take anything to the volcano, he said. Whatever you carry will be destroyed. Below me was the El Totumo Mud volcano, a mud bath of 15.24 meters known for its therapeutic qualities.

Local legend says that the site, located about 45 minutes from Cartagena, was once a veritable active volcano until an ingenious priest intervened. Armed with sacred water, the priest tamed the ardent mountain and transformed the molten lava into a calming invention of minerals beneficial to the body.

Today, a sign at the base of the volcano prominently lists the natural ingredients of the mud like calcium, magnesium and aluminum, among others. The matter is obvious. This is not ordinary mud.

While evaluating the crater in front of me, a man covered in slate gray spots after his stay in the volcano encouraged me to accompany him in the murky pool. At first I thought the mud would be thick and dense. However, instead of submerging in a thick soap tank, I was surprised that I could float effortlessly, somehow thanks to the light, silky-like sediment.

Once inside the volcano, visitors smeared the substance for every inch of our bodies. After carefully leaning back, a guide dipped my head in the mud as if he were baptizing me in some kind of worship of clay. Then came a quick massage, a treatment of more or less a minute that was generally relaxing despite its inelegant execution.

As more people entered the pool, the attendees changed our floating bodies from place, and we organized ourselves as oil tankers waiting to go through a canal. However, because it is only 4.5 meters in diameter, the volcano soon filled up completely. As I moved to climb the slippery ladder that led out of the tank, a girl let out a loud scream and desperately moved away from where I was.

It's a frog! she shouted, shaking her arms as if she was dodging a poisonous cobra. The group imitated her in a state of panic, and moved to the furthest corner of the amphibian. Outside the volcano, the guide had told us that we would wash in the nearby river and, if necessary, a group of women from the area would be there to help.

While walking with two female travelers I met on the bus tour in the morning, I headed for the river along the way. At the end of the road, a trio of women greeted us and led the group to the water. After a few minutes of frantically scrubbing, the woman stopped and saw me.

Take off your shorts, she told me in rehearsed English.

How do you say? I asked.

Take off your shorts.

Aware of my new neighbors and the few feet of clean water that separated us, I refused kindly, and shook the lower part of my body to somehow let her see that I was as clean as possible.

Confident in my physical communication skills, I stood up and thanked the woman. However, as I started to move away, she took the top of my shorts and pulled it down. I remained immobile while the woman smiled shyly and poured water on my private parts. Luckily, I had the riverbank in front of me and I was far away from the two women I had just met about an hour ago.

After checking for herself that there was no more mud, the woman released my shorts, and the elastic returned to its place. Luckily, I did not lose anything in the volcano, as the guide had initially warned me.

But the river was another story. There, on a sandy beach in northern Colombia, a little of my modesty disappeared amid the streams of crystal clear water.

Then we had lunch on the beach at the shelter of the hut to enjoy a good corvina accompanied by coconut rice! We arrive then at Cartagena. We visit the historic center of Cartagena, well protected inside its ramparts. We wander in the narrow streets where pretty balconies covered with bougainvilleas enliven the colonial houses. The places are shaded and very pleasant to stroll there.

The facades are painted in bright colors and under the sun of this Caribbean coast, the brightness is bright. We also visit the Getsemani neighborhood where we see beautiful houses with pretty doors and balconies. We see the Castle of San Fernando de Bocachica in the distance which protected the city previously.

In one square we can see an exhibition of very successful wrought iron sculptures. On the square is also the statue of San Pedro Claver, a Jesuit. He was the first canonized person in the New World in 1888. To enjoy the sea breeze because it is very hot, we go to the beach in front of the hotel to rest.

After a refreshing bath in the hotel at night we returned to the historic center to eat at a restaurant. . All are very rustic and are on the beach. It took more than an hour to bring the food. We ate noodles with tuna and hamburger with potatoes, beer and water. We took advantage to buy some more gifts and get back to the hotel. 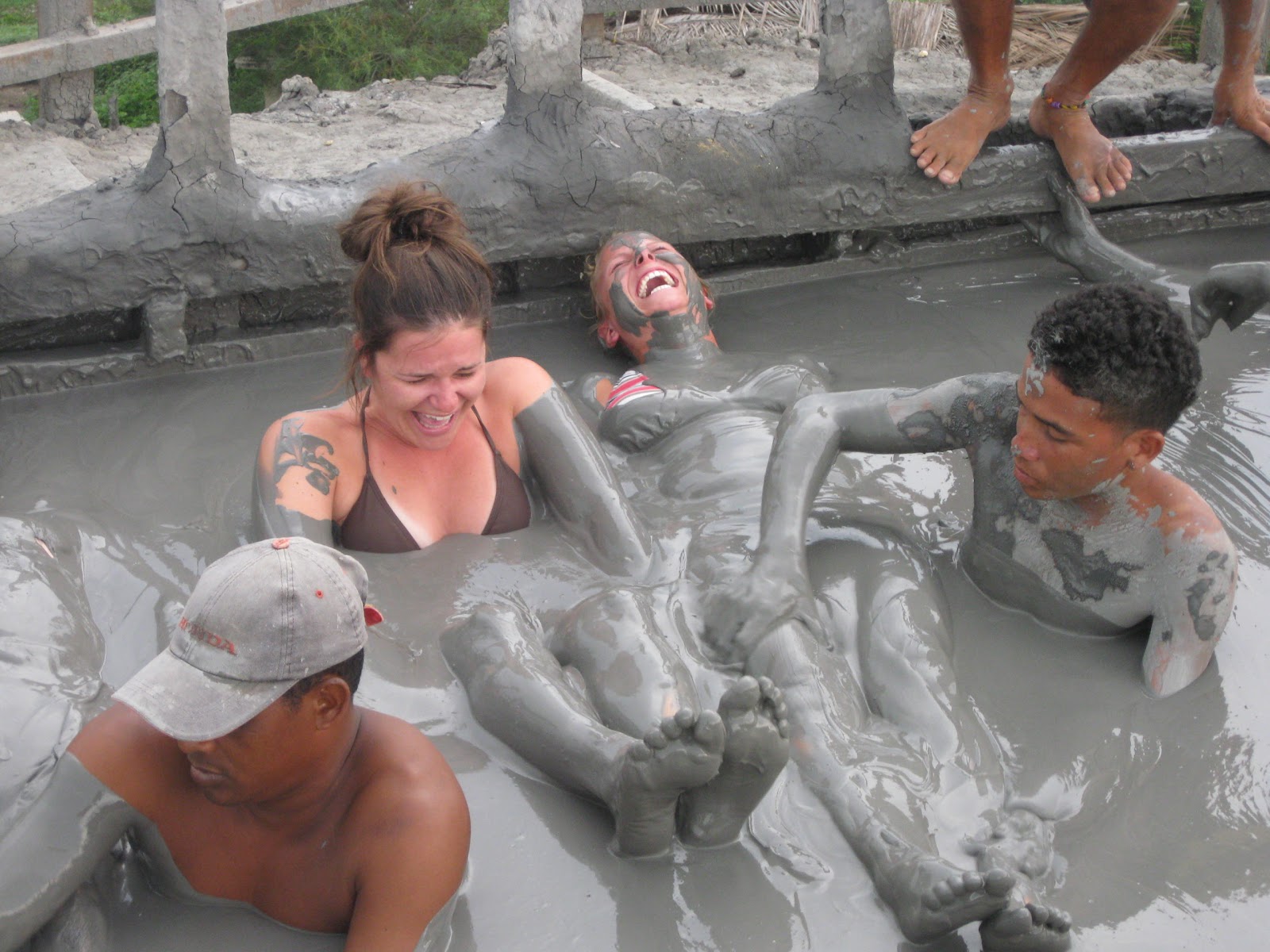