Unniyappam is a culinary specialty typical of Indian states of Kerala and Tamil Nadu. Unniyappam is Kerala style banana fritters. It is also called Karollappam. The recipe is very simple, uses only flour rice or wheat, salt, water, and ghee. It is usually served as a dessert, accompanied by dishes of curry, such as curry potatoes, eggs, fish or meat, and a salsa chutney made with coconut. In some parts of Kerala can it also be found with the sweetened coconut milk? The color is typically light, and it may become slightly dark if using wheat flour.

For the preparation, it is necessary the use of a grinder, a tool similar to the coffee grinder to a switch or vegetables, which allows the mixture of rice flour, ghee, butter, and salt, to be transformed into thin strings similar to noodles or Chinese vermicelli. It is often added coconut powder directly over the strings before boiling them, to enhance the flavor.

Appam, or hopper, is a kind of bread, like a pancake, part of the cuisine of the state of India in Kerala and of Sri Lanka, and spread across the South Asia and in Oceania, especially in Malaysia. It is commonly eaten as a side dish during meals or for breakfast. The pronunciation varies from region to region.

The term is equivalent to bread. It is, in fact, a bread-based batter of rice, cooked on a plate of stone which is called in some areas as Kallappam. Kall means the punch used for the fermentation. It is called also Appa Kal, which means mold.

The word Appam is often also referred to another Indian sweet snack, the Neyyappam, who was born in the states of Tamil Nadu and Kerala. The basic dough is made from rice flour, sugar, jaggery, ghee, and butter. The Neyyappam is prepared during religious festivals, such as the Gokulashtami, the birthday of Krishna.

The presence of the Tamil culture in different parts of the world has over the years increased the popularity of the appam. Appam is in fact also a term that generally means a kind of pie-shaped bowl made with only rice flour and consumed along with coconuts crushed. 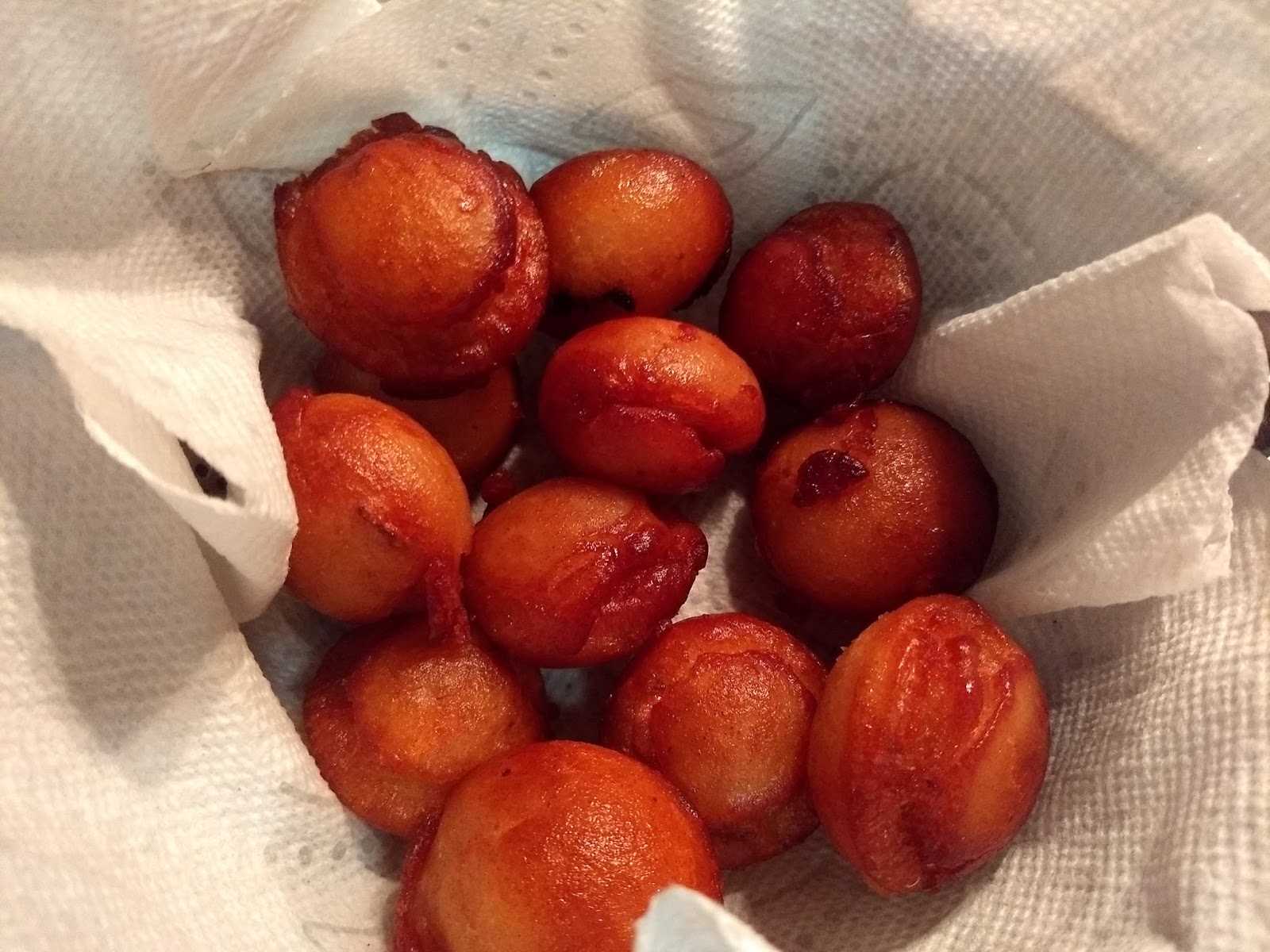 To the rice flour add mashed bananas, sesame seeds and a pinch of salt, set aside.

Fill a pan with coconut oil. When it is hot pour a tbsp of batter in each pot, deep fry till golden brown, at medium heat, uncovered, turning both sides.

Remove and drain onto a tissue paper. Serve warm.