We left home, stopping in Frankfurt until we reached Havana. Once there we took a taxi. The first rule before starting our adventure through Cuba was haggling at the initial prices they give us. Usually at the airport they have stipulated rates, but outside of it, do not be fooled.

Each trip is a world and is lived in a different way and this could not be less. That is why we decided to launch ourselves totally into the adventure to be able to live and feel that Cuban essence that attracts so much. What better way than to integrate ourselves completely in them, in their habits, their way of moving, in how they think, their way of seeing life. It is a whole world that challenged us to know.

Our first stay we had was in a private house of Cubans which we previously booked through the Internet before leaving. in Cuba there is a lot of rented rooms in homes. All of them are legal where they have a small sign on the entrance door accrediting the permission. I have never lived an experience as enriching as this. Our whole trip was to go from house to house sharing many moments with them. It is a unique and unrepeatable experience, which I recommend.

Once we got to the room and after all the accumulated fatigue of the trip, a nice Cuban boy that we met in the house offered to be a guide. He wanted to show us the atmosphere that was lived through the streets of Havana, and without hesitation we accepted. The Cubans are charming, friendly and always welcome tourists with open arms.

We could perceive it, and so we did not miss that opportunity and we went inside. He took us to a pub plus restaurant in Vedado where locals meet. In a matter of minutes we became friendly. They are very sociable and try to mix with tourists in a very comfortable and natural way.

After spending a fun night we retired to rest. We sympathized with the boy, who offered to guide us around the city. It was something that left us quite amazed because he did not look for anything in return. He simply shared his time with us and learn about our customs. 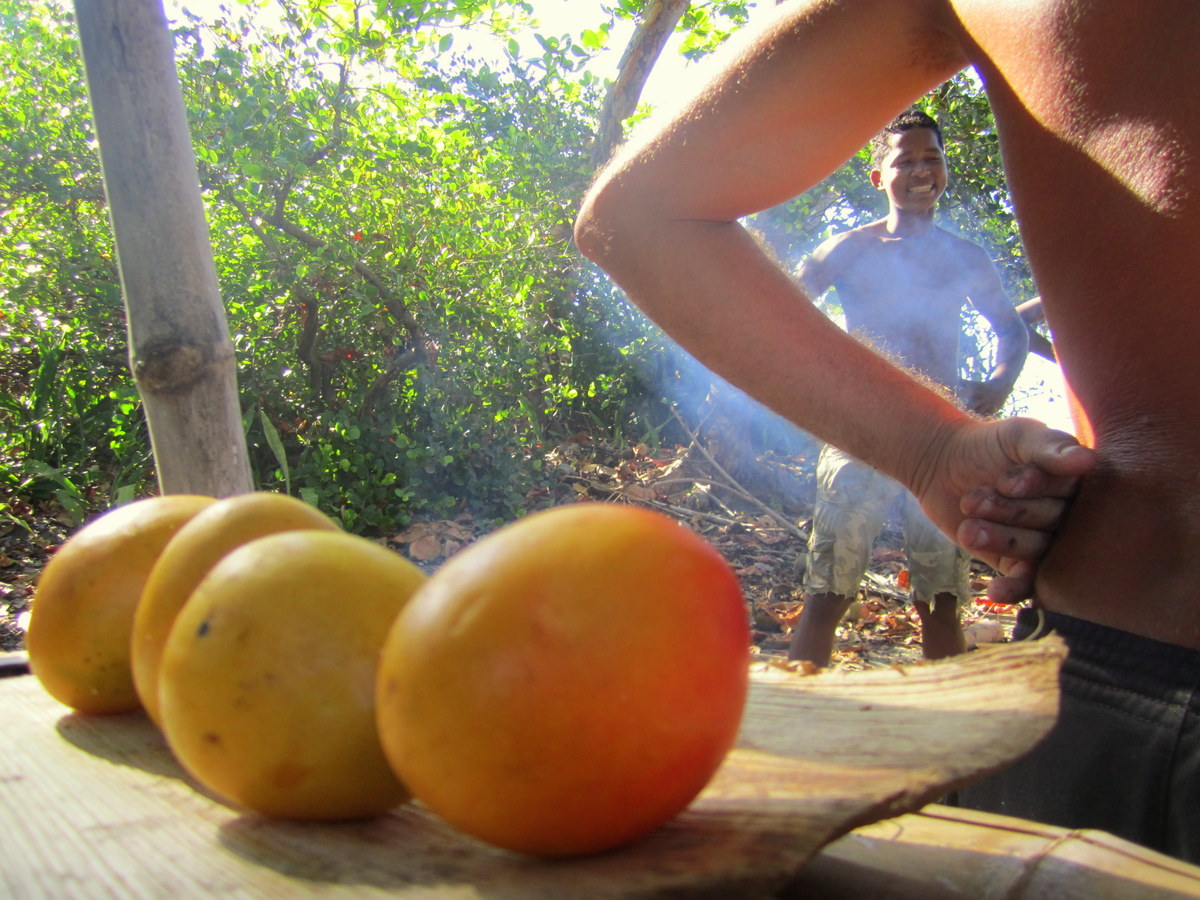 We spent our time touring Havana discovering the most emblematic and authentic places. We go around the Capitol, the Playret cinema, the old Bacardi building, the Gran Teatro de la Habana, a world full of history. Behind the Capitol is the Tobacco factory of Patargas.

Right next door is a beautiful exhibition of trains that are more than 100 years old. It is very attractive and interesting to visit. We continued to lose ourselves among the crowds that inhabited those colonial streets, amidst the smell of heat, tobacco and rum.

Another of the sites that I liked visiting were the beaches. We went to the eastern beaches, more specifically to the blue sea. We accessed them through the shared taxis that takes 30 minutes from Havana. They are white sandy beaches, long and full of palm trees on all sides, contrasting with its turquoise waters. On the white sand, I take off my shoes, the water is warm at the same temperature as the air. At the end of the beach, a black rock bar contrasts with the white sand. The sand flows like an hourglass.

The wild beaches have a special charm. We have to watch a lot where to stand since every now and then some coconut fall. One of the things that caught my attention is the custom that Cubans make their houses on the beach. It is always accompanied by their bottles of rum, both in the sand and in the water.

Their smiles and their way of living life, without worries and always with a positive attitude, is a whole lesson in life from which we should all learn. From time to time policemen pass by the beach, warning tourists not to leave our belongings out of sight. We had to take turns bathing, although sometimes we left them in the open without taking our eyes off. So we could all enjoy a bath in those warm waters of the Caribbean.

Havana is a colonial city combined with an impressive view from the Malecon to a modern area in Vedado. In the night our faithful guide offered us to take us out again to help discover other typical places there. We went to the Art Factory, a museum that becomes a discotheque with several dance halls, a terrace and a room with a screen. Here they show documentaries and sometimes a movie. The truth is that I was quite surprised and I was delighted with that night out.

One of the attractions that Cuba has is to be able to witness and feel its music and its salsa. After a day of wandering around and getting lost in those corners that Havana offered us, it was time to return to the hotel.

In the morning, the lady of the house prepared a good breakfast of toast with tortilla and a piece of fruit. Mango is the quintessential fruit in Cuba. We had a good breakfast with that exquisite fruit. This is the second time on a trip that we are offered mangoes, the first was in Senegal.

Our next destination was long beach, two hours from Havana. Without thinking we went looking for a vintage car that caught our attention. The truth is that they were not too comfortable, but for two hours you could still endure. Well, the roads are pretty decent.

From time to time we would cross some chicken by the road but there was the charm. The truth is that we had a very pleasant trip. We did not stop talking to the driver who answered all our questions and curiosities that were emerging on the move and with those views that nature was giving us.

It is also the magic of travel, bringing together unknown worlds and feeling so close, sharing the essence of what makes us human with empathy and disarming sweetness. I will not forget the spontaneity and the naturalness of this meeting and I hope that our paths will cross again

We gathered strength and went for a walk around the area and just spent the day on the beach. Our intention was to stay two nights there but we did not like it at all so we decided to move forward and spend that day somewhere else. We take our backpacks and go on the way to Cienfuegos that was our next destination on the map.

Cienfuegos is the second most important city in Cuba. Its historic center was declared a World Heritage Site by UNESCO. We dedicate the day to visit all its monuments and places of interest such as the Botanical Garden. We head to the Jose Marti Park in the center of the city, where is the Town Hall, the church and the Terry theater. The old city is the authentic architectural jewel of the nineteenth century.

We stayed for the night in that beautiful city. Tomorrow we head to one of the most charming cities in Cuba, to my taste, that was Trinidad. Back at the cottage, we taste the pleasures of modern comfort. Our cottage is a low pink old house which includes on one side the owner's house and three apartments for rent.

Each has a beautiful terrace, adorned with succulents, furnished with a large round glass table under a wooden canopy, two sun loungers. The house is furnished in contemporary style with an American kitchen, large metallic gray fridge, microwave, a built-in oven, and ceramic hob.