Canada is usually associated first and foremost with stunning scenery, endless expanses, the Rocky Mountains and sometimes dangerous wildlife. And of course, Canada offers all that but much more! Especially the Canadian metropolises are definitely worth a trip, or two or three. My personal favorite is Toronto.

My arrival in Toronto was not easy. After the many weeks overland in Western Canada and my wondrous train journey through the Rocky Mountains and over the prairies, I had barely time to get used to the idea of a renewed city break. Especially since the train journey is also so beautiful slow and gradual. To get to Toronto, I decided to fly from Winnipeg to Toronto.

Not least to save at least a little time on the Trans-Canada trip and the vast distances of the second largest country in the world. And then in Toronto, everything is just loud at first. Subway is not far away in the middle of the city. What is really difficult is the backpack I'm carrying. It's sure to be 10Kg. From this subway, I can hardly find out.

There are so many courses, so many options, and so many exits. Then finally arrived at the top, skyscrapers all around, did I accidentally land in New York? With the city map in one and the backpack in the other, I'm off. It seems endless. Yet Toronto has just found a charming way to open up to me and as always it took a little time. And friendliness. Because the same kindness that I have experienced so far in Canada, I have again experienced in the hotel.

Now. Yes. And despite its size, I have a strong memory of the personal effort and attention of all the staff at the hotel. It is incredible actually, that such a large hotel can be so friendly and personal. Our arrival at the hotel, near Toronto's famous Waterfront, is characterized by towering skyscrapers, behind which the famous CN Tower hides.

The hotel itself impresses with its location, facilities, and attention of all staff, who are very concerned about our well-being. The room in this hotel was again very nice, and it was a shame in the evening to "destroy" the nicely made bed to sleep. The view opened onto a square with water fountains and old and new houses. As I learned later, it was the old and the new town hall.

Then I sat in the lobby in one of the rocking chairs with a direct view of the waterfall and enjoyed my vacation. But only briefly, because at 08.30 began the city tour. I had hardly left the hotel, a stranger passerby greeted me and wished me a nice day.

And then I realized that everyone who met me on this sunny morning on my extended walk on the shores of Lake Ontario greeted me with a warmth. I am as if a long-lost cousin who suddenly surfaced. When I started to greet back, I once again found something completely banal. I cannot remember ever being in such a good mood on a journey.

I walk through the streets of Toronto. Above me is the deep blue Canadian sky. Around me is the bustling life of the city. There is traffic, honking taxis, construction site noise, voices, mobile phones ringing, and laughter. Around me, people talk to each other. There are work colleagues, friends, strangers, visitors, tourists. Around me are couples, groups, families and me. Toronto can always compete with New York in terms of cultural diversity.

I am a solo traveler visiting an exciting metropolis. I drink my first coffee at the cafe around the corner. I started in the square, where the old and the new town hall stand and on which I could look out of my room. In the new town hall, I visited the foyer with a large relief-like image of nails, which is supposed to represent Toronto.

My next destination is Casa Loma Castle, located in the northern part of Toronto. The 1914 completed castle with its 98 rooms was then the largest private residence in North America. Now I went on by bus. I learned a lot of interesting things about Toronto. It is the culturally third most important English-speaking city in the world after New York and London, and it lies on the shores of Lake Ontario.

In addition, Toronto is the largest and most American city with Canada's tallest skyscrapers. It is the economic center of Eastern Canada. Next, I took the elevator to the highest freestanding tower in the world (553 m). The CN Tower is the landmark of Toronto. First, we had to pass a few security checks. Through this door, I had to go and were checked from top to bottom. 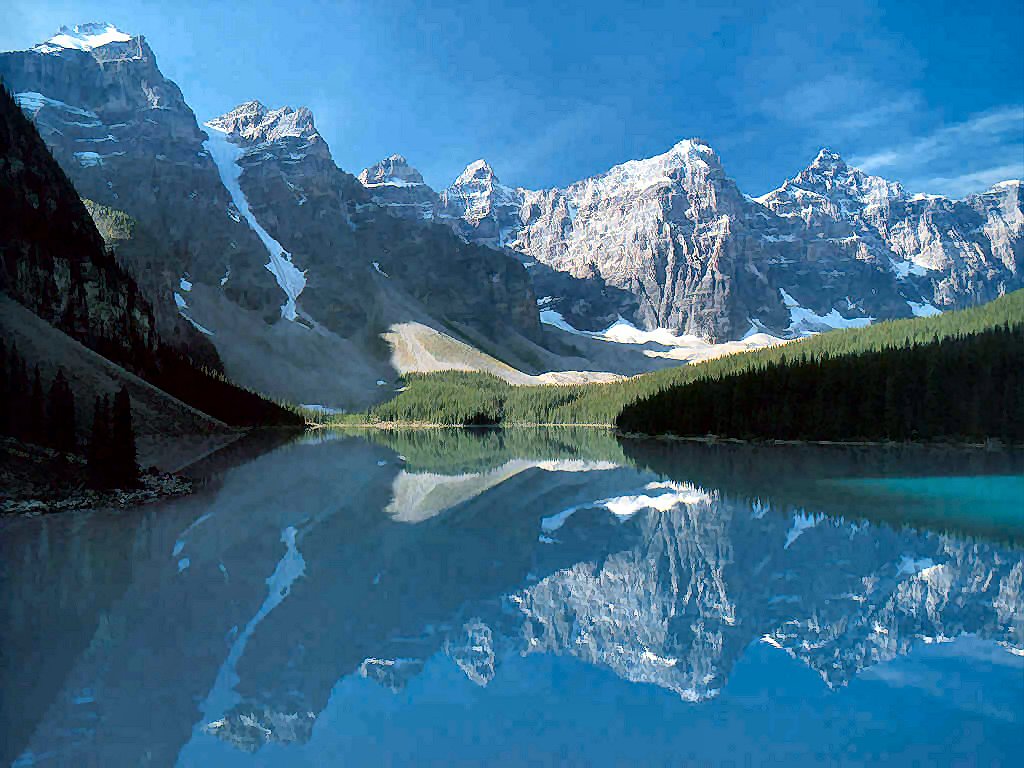 Then I reached the 346 m high viewing platform at 22 km/h in 58 seconds. From here I have a very beautiful panoramic view of the city, the surrounding area and Lake Ontario up to the Niagara Falls. One floor down there was a glass floor where I could walk and look down. That was a strange feeling when I stood on it.

Then I went on with the city tour. At 11.00 o'clock it was already 27 degrees Celsius. I stopped in various places to take pictures, go shopping and visit the telephone booths. I took a shopping break at St. Lawrence Market, a market in a hall with many small stalls. The market not only offers the finest delicacies but also delicious lunches.

There is everything from juicy burgers, Asian delicacies, and sandwiches. Since it is already a bit late, we keep it light and get to the basement at a vegan restaurant. I stood on the road and was totally happy when I was able to take a close-up photograph of a fire truck and a Greyhound bus.

Behind the red iron building near the market, we can see 4 of the 5 largest bank towers. At 12.30 we arrived back at the hotel. Now I had the rest of the day for exploration available. First, I eat a street sausage. They are available at mobile stalls in many versions, even vegetarian. I bought a Chicken Hot Dog with various extra ingredients.

Then I could start refreshed with the exploration. Our hotel was very central. Around the corner was Downtown Yonge. The first thing I did was go through the Eaton Center, a small mall that extends in 2-3 floors over 4 blocks.

Then I watched the hustle and bustle of Yonge/Dundas-Square, similar to Piccadilly Circus in London. Then I decided to walk to Chinatown to look for a windscreen and sunscreen. We did not find one to buy anywhere. After a long search and repeated questions, I succeed to find such a Chinese sun and wind protection! I bought 2 right away.

Now I could happily walk back to the hotel where I arrived at 4.30pm. After a short break in the room, I went to the Underground City. The hotel has direct access to this city. I was so fascinated that I kept running, even though my feet hurt a lot after the previous 3-hour walk.

After some time, I turned back because I was afraid that I could get lost and not be able to find my way back to the hotel in this 10-kilometer network of paths that was so branched that I felt like a maze. When I rested in my room I allowed my feet to take a break, but not for long, because there was still a lot to explore. How can I sit in the room for a long time, when Toronto calls loudly to visit?

This time I went the other way on Yonge Street. On the way to Yonge Street, I pass the Elgin and Winter Garden Theatres. Many people have gathered in front of the building and across the street, wait eagerly for the fat limousines that keep coming up. For a long time, we do not think about it to determine that this is the Toronto International Film Festival. Suddenly the girls start screaming as a young man gets out of the car.

Its length has earned Yonge Street an entry in the Guinness Book of Records. This road starts right on the shore of Lake Ontario. Until then, I also went and saw the fascinating contrast between old and new on the way in Yonge Street. After arriving on Lake Ontario, I strolled the promenade along the lake to the Music Garden. On the way, there were various music and dance performances and stalls.

The last and most beautiful destination of the day is the Toronto Islands, which are only accessible by boat. Over the Harborfront, a waterfront trail runs along the water to the Toronto Ferry Docks. No sooner have we arrived there, the ferry drives us away in the nose. At this time, the ships commute only every half hour, which does not bother us.

Incidentally, the small boat tour offers a great all-around view on the upper deck. Toronto Islands is an offshore archipelago and a popular destination for the inhabitants. On the archipelago, there are numerous walks, picnic areas, restaurants and other recreational opportunities. We are drawn from the Center Island Dock across the Avenue of the Islands to the top of the marina.

In the evening sun, there is the most beautiful view of Toronto's skyline, which is very impressive. Before sunset, we head back to the mainland. Just one street further on is the Kensington market, one of the city's key entertainment districts. There are old shops, music bars, live music on the street, petticoat and esoteric shops, greengrocers, Indian shops, and restaurants from all over the world. I decide to eat on the way back in the restaurant. I was very excited about this restaurant, where there were many different stations where we could get our food. All stalls were decorated very nicely.

The selection was so big that I could hardly decide. First, there was a soup, then shrimp, chicken or beef to choose from. I chose shrimp and chicken. The vegetables and other ingredients were cooked before our eyes, with the chef performing some tricks, including a juggling with lemons, pepper, and salt. He also piled onion slices into pyramids and flambe them.

For dessert there was vanilla ice cream, tea and a small glass of sake were included in the price. It tasted very good. I wanted to explore Toronto by night, which unfortunately came to an abrupt end. When I wanted to go to the hotel after dinner, I realized that there was a strong thunderstorm with corresponding rain. I always had an umbrella with me, but not this evening.

So I waited at least half an hour, and when the rain was a little weaker, I held my jacket over my head and walked for 20 minutes to the hotel. The jacket was soaking wet and the pants were soaked to the knees with water. At 10.30pm I arrived in my room, where I left everything in the room hoping that it would be dry the next morning until departure.

And so I gradually succumb to the charm of Toronto.