Sri Lanka is enormously versatile and species-rich despite its small size. Let's talk about the deep green landscapes and enchanting beaches that made our six full weeks. When we arrived in Colombo, it was still Tamil New Year. Absolutely everything was closed and we drove through ghostly empty streets. What a contrast to deafening India! The only open restaurant far and wide was a pizza shop, where we ate a pizza all alone.

From Haputale, we started early in the morning at 4 o'clock. With a Czech couple, we make a trip to the famous Horton Plains. In this nature park, one can hike to an impressive rocky outcrop to the World's End. On good days one should be able to see the sea. The Czech used the romantic scenery at the end of the world for a marriage proposal. We were all touched.

Via Ella, we drove on to Nuwara Eliya, where we could see more tea factories. Bus driving is adventurous in Sri Lanka. Old Indian buses constantly honk over the asphalt and all other vehicles go well aside. The drivers have crafted sophisticated levers on their steering wheels so they can honk with both hands at any time. In the pecking order for the seats, we came right after the pregnant women and monks.

Two curvy bus rides later we were at Adam's Peak. The mountain is sacred to Sri Lankans of all religions. Meanwhile at least once in the life of every Sri Lankan Buddhist should climb Adam's Peak. For, according to Buddhist beliefs, the Buddha himself is said to have left his footprint just before he went to paradise. That is why the Sinhalese name is also Sri Pada, sacred footprint.

But also for other religions, the mountain in the south-western part of the highlands is a place of pilgrimage. While for the Tamils it comes from Shiva and for the Christians from Adam. Hindus call the mountain Samanala Kande, which means butterfly mountain, the mountain where butterflies come to die.

And the Muslims believe that Adam set foot on earth for the first time after being driven out of paradise. That's where the name comes from, Adam's Peak. Together, all together make the 3-hour pilgrimage to the temple on the summit, a symbol of understanding among religions.

Traditionally, people climb the 2243 mt high mountain at night to experience the spectacular sunrise over the clouds from the summit. For the ascent, it takes about three and a half hours at a leisurely pace. At Poya festivals (the monthly, Buddhist festivals on a full moon), it can take longer, because then all the believers decide to pay homage to their gods.

It can lead to missing the sunrise because you are queuing somewhere on the mountain. This is why most travel guides advise against Adam's Peak ascent during Vesak Poya. We want to risk it anyway, and as luck would have it, not just any, but the most important of the Poya festivals is coming up. 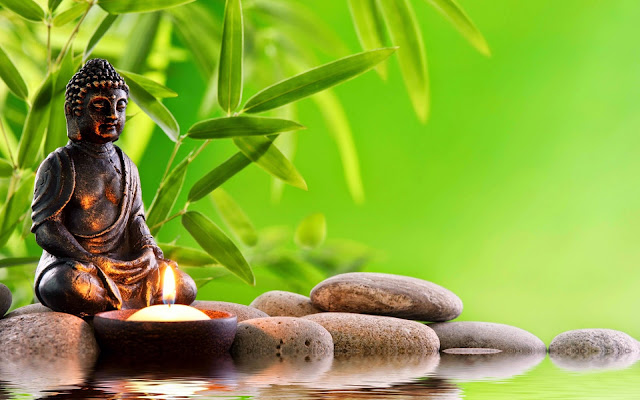 To experience the sunrise, we had to leave early. It's just a quarter past one in the night when we leave our guesthouse at the foot of Dalhousie and take the road to the village where the road to Adam's Peak takes its course. We hardly slept.

The whole night was celebrated in our accommodation, which means that local men next door drink all night, and make drumming noises. Whereby next door, the owner of our guesthouse just a few meters away from us celebrated a wild party with his friends.

Mount Adams Peak looks even bigger in the dark. The lantern-lined pilgrimage winds like a bright ant road to the summit. The Adam's Peak, which stands out unreal from the starry night sky, seems so far away that I cannot imagine, with the best of intentions, to reach the summit before sunrise.

Considering the 5,200 steps and about 1,000 vertical meters that lie ahead, we cover ourselves again in Dalhousie with water bottles, bananas, and rotis, before we make our way to heaven. I am in a great mood and stop every few feet to take pictures with my camera, which I then transfer directly to my smartphone for uploading to Instagram.

The way to the summit consists of stairs of different length and height and theoretically can be mastered with flip-flops. In the beginning, the steps alternate with ground-level sections. But then the flat pieces become less and less frequent and the steps become steeper and steeper. The staircase is interrupted only by the countless tea shops, which line the way up and sell beside tea also water, lemonade, and snacks.

The whole thing is more fun when we plan it as a hike from one tea shop to another. As our guide predicted, the last third is the most exhausting part. Our legs are tired, our muscles are burning and we have to stop and take a breather every ten minutes. We focus only on climbing stairs. On the last piece, the stairs are so narrow that overtaking is almost impossible.

The locals are sometimes in groups happy around in the way and do not give a centimeter of space. So we have to squeeze past them. The stairs are so steep now that we pull our arms up the railing to protect our legs. The sweat goes down and we take off our jackets every few hundred yards, to put them on again a short time later because the icy wind blows around our heads.

Those who have already reached the summit and come down again, give us courage and motivate us: Almost there! Come on! Halfway there! And suddenly a big sign suddenly points to the Last Tea Shop. Towards and behind a final bend, the monastery shows itself on top of the mountain. It is quarter to five. On the summit, it is dark and bitterly cold. Everywhere people lie wrapped in blankets waiting for the sunrise.

We take off our shoes in front of the temple and join the line to admire the sacred footprint. But we can not really see it because of all the sacrificial offerings. However, as with all sacred relics, one of the most important things here is faith. Because a human being leaving a 1.8-meter-long footprint probably is more than unlikely.

Next to the shrine with the footprint is a huge bell that you can ring as often as you have reached the summit. We ring them once and then, wrapped in all our clothes, wait for the sunrise. At a quarter past 5, a first glow appears in the sky. Now the big squeezing and pushing starts, because everyone wants to get hold of the best place to take photos.

The sun rises to the right. We have the best view when we go down the stairs behind the big bell. And then the magic of Adam's Peak slowly reveals itself. At first, we see nothing. Suddenly the clouds dissolve in the air and release the view of the surrounding mountains, which stand out darkly from the clouds to the dawn against a blue magical sky. Then the first rays of sun break through the clouds.

Shortly after the sun has risen, Adam's Peak throws a perfect, triangular shadow to the west, which today is even garnished with a rainbow. The clouds beneath us turn pink and light orange. A view from the plane, only without windows in between. I'm pretty happy to have made it out of bed, I would never have dreamed Adam's Peak so beautiful. We were also rewarded with a view towards Colombo.

Then it quickly gets really hot, and we rest for a while in the shade before we start with the really hard descent. After a few steps, I want to give up and just stay on the mountain forever. My legs are shaky and just do not want anymore. In fact, we need longer for the descent than for the ascent, as we have to take breaks to rest the legs.

At the foot of the mountain, we treat ourselves to a massage, but I know that I feel the after-effects for a few more days on my limbs. But the hardships were well worth it. We were able to have fine lunch. The crab from the wok was just lovely. With the unwinding, you can spend half an evening. Next, we went back to the mountains to Kitulgala for river rafting.

On the river, we pass the place where the legendary Bridge on the River Kwai stood, and then we drove to Kandy, where we visit the Temple of the Tooth, which is supposed to contain a canine of Buddha. We can watch the jaw for about a second, but it was so beautiful that we got up again.

So we were ready for the hike on the Sigiriya rock. This striking monolith is an important place of pilgrimage. After the hardships of Adam's Peak, this ascent was a picnic.

Today we head to the Polonnaruwa Temple. The highlight was the Vesak festival in the city in the evening at the full moon. The birth of Buddha is known in India as Buddha Purnima, Vesak, Vaishakh Poornima, and is usually celebrated by Buddhists for a whole month. The day not only marks the birth of Gautama Buddha but also marks his enlightenment and death or nirvana.

Buddhists celebrate Vesak Poya, one of four major full moon festivals in Buddhism. On a large square, people had heaped up huge structures. They lit paper lanterns and played loud music. In addition, there was free food and drink.

There were many people everywhere, mostly dressed in white. Most gathered around the sacred Bodhi Tree, an offshoot of the tree in India, under which Siddhartha experienced his enlightenment and became Buddha.

It is considered the oldest historically documented tree in the world. It was interesting to watch it all but we were still mentally still on the beach. And so we ventured the crazy thought of simply driving back to the beach on the East Coast.