Sorting through my photos of New York, I realized that I had completely forgotten to talk to you about Brooklyn. Better late than never I want to say! Through my travel blog, you will understand that Brooklyn is the one I prefer before Queens, Manhattan, Bronx and Staten Island! Let's go!

On the other side of the East River unfolds Brooklyn, one of 5 boroughs of New York. To visit Brooklyn is to visit a borough undergoing a transformation. If it were a full-fledged city it would rank fourth among the most populated cities in the United States behind NYC, Los Angeles, and Chicago. Brooklyn is the trendiest borough in New York after Manhattan and is even considered as New Manhattan. 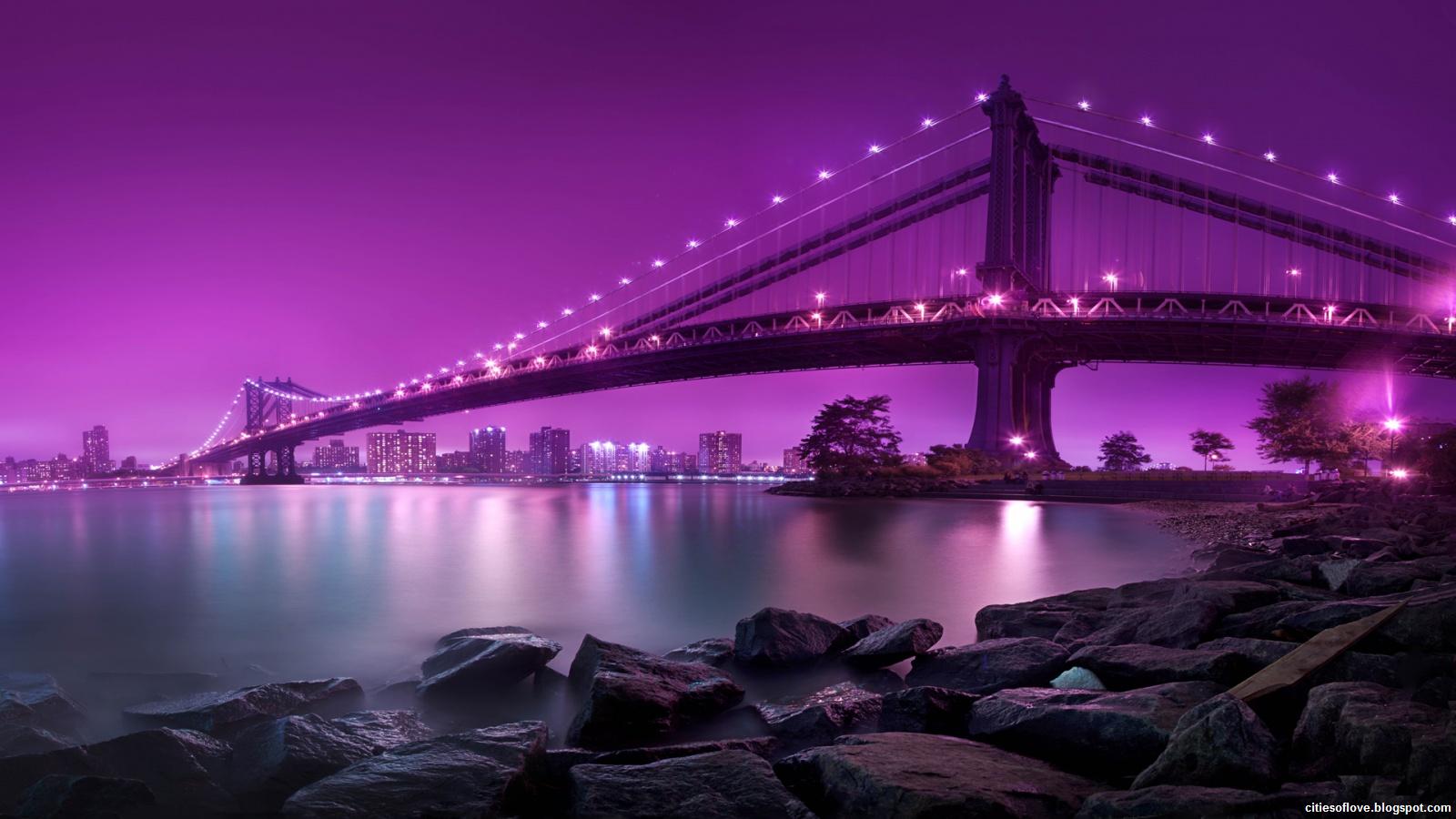 It's 5 o'clock in the morning when we woke up at the hotel right next to Times Square. The jetlag remains after the first day in New York when we went to bed after seeing the NBA game. The first thing we do is look out the window and see again the impressive views we have of the Empire State Building from the bed. We immediately recharge energies to prepare ourselves and start with this day of this trip to New York.

We leave a few minutes before 7:00 in the morning from our hotel for breakfast at one of the most recommended places in the area. We ordered a pasta and a cappuccino for a price that we have been paying more or less for breakfast these days. We think it is pretty cheap considering that we are in the heart of New York.

Today the day is sunny, so we take a few minutes before the tour to take some photos of Times Square now that there are not too many people. So with the coffees in hand, like two other citizens, we went to one of the most visited places in New York, two blocks from our hotel.

At this time of the morning, it is a real luxury to walk through this area of New York. Despite the fact that the city has been in operation for a few hours, most tourists have not yet arrived in this area. So that it is still possible to take a picture without many people. We take the opportunity to sit at the famous red tables for a few minutes to enjoy the atmosphere of this place, more than symbolic of New York.

When we realize it is almost 8 o'clock in the morning, we race to the Hotel. At 8 o'clock we start our journey to the Bronx, the neighborhood that will be our first stop. As we go through Manhattan, we started to move away from the nerve center of the city, making our way to the Bronx. We see the famous Yankee Stadium, which has become an attraction in itself.

From here, we cross the street, seeing the elevated metro, so characteristic of this area of the city. We get closer to the graffiti that remind us of several famous baseball players, who are honored in this part of the city.

It's 10 o'clock in the morning when we leave the Bronx and take the highway to cross East River and into Queens, another district that we will see today. We pass through Malba, one of the most exclusive areas of New York. After this brief tour of houses, we continue the journey to the Flushing Meadows Corona Park. It is the largest park in Queens and one of the most emblematic of the city, passing also by the US Open tennis stadium.

In Flushing Meadows, we also see the Observation Towers. We spent no less than 20 minutes in the area, but we start to feel the cold outside. We have a coffee and continue to Brooklyn, to enter Williamsburg, where is the largest Orthodox Jewish community in the city. But before entering, we passed through the First Calvary cemetery. We get stunning views with Manhattan in the background.

We did not take more than 20 minutes to reach the center of Williamsburg, where we found a Jewish community invades the streets. After this last stop, we make our way to the Brooklyn Bridge. It's just after 1 noon when we make our way to a pizzeria, the place we have chosen to eat.

Here we have to make a queue of 30 minutes to get a pizza. Once on the top floor of the restaurant, we ordered a small pizza with pepperoni, double cheese and onion. We also order soft drinks and coffee at a price that we can say is expensive for what we have eaten.

At 3 o'clock in the afternoon, we left and pass through the Brooklyn Ice Cream Factory. We go straight to Brooklyn Heights Promenade, from where we have the first views of the New York skyline. As it could not be otherwise, it leave us with our mouths open.

We can only say that Brooklyn Heights Promenade takes our breath away and more on days like today. The sky looks blue, practically without clouds and although it is quite cold, the sun begins to caress the face at this time of the afternoon. It has become one of the most romantic places in New York, where it is not unusual to see marriage proposals, anniversaries or newlyweds.

From Brooklyn Heights Promenade we have views not only of the skyscrapers of Manhattan. We also see the Statue of Liberty, the first time we see her on this trip to New York and the majestic Brooklyn Bridge.

The Brooklyn Heights Promenade is one of the favorites for tourists, couples, families and of course, athletes who come to run and enjoy one of the views most impressive in the city. It is surrounded by flowers, trees, benches and several playgrounds for children.

After spending almost an hour, totally engrossed with the incredible views, we retrace our steps, to continue through the area. This time we take the opposite direction to the Empire Fulton Ferry Park. Here Jane's Carousel is located, another of the symbols from this area of ​​the city. From here we can admire the Manhattan Bridge so close that we can almost touch it.

Following the walk, we find one of the quietest areas of the Empire Fulton Ferry Park and is the beach of New York, as some call it. After having the first contact with the impressive skyline of New York we enter the neighborhood adjacent to Brooklyn Heights Promenade.

Here the red-brown houses full of charm become the protagonists of this area of ​​the city and where the quiet streets are part of the itinerary. We arrive at Front street from where we can enjoy unique views of the Manhattan Bridge standing out among the brownstone houses.

It is almost 5:00 in the afternoon when we decided that the time has come to have that experience that many consider essential in New York. It is to cross the Brooklyn Bridge. So we thought about it and we approached the stairs that give us access to Brooklyn Bridge. Among those 100 things to see and do in New York, probably this should be among the top 10.

The Brooklyn Bridge joins the districts of Manhattan and Brooklyn. At one time it was the largest suspension bridge in the world as was also the first suspended by steel cables and today one of the symbols of New York.

We have almost no time to stop and take pictures. As we approach the end we were a little overwhelmed seeing so many people. Since we still have some time until dusk, we stop to take a soft drink to rest a while.

It's almost 6:30 pm when we start thinking whether to go back to the Brooklyn area crossing the bridge or by subway. Seeing the time it is we decided to go by subway, arriving by 7:00 pm to the Brooklyn Heights Promenade area. From here we have stunning views of the New York skyline, with a sunset in the background. It made it the best farewell we would have imagined for a day like today.

Despite the cold, we cannot resist a walk from north to south to Empire Fulton Ferry Park to see the sunset from there. As the afternoon progresses and it begins to get dark, the cold also begins to become more apparent. The temperature have not exceeded 12 degrees throughout the day, but at this time of the evening, it is no more than 6 degrees.

After all day on the street, we begin to look for a place where we can warm up and dine. But before we cannot stop going back to Brooklyn Heights Promenade, from where we take the last views of Manhattan at night. It was already dark and it was time to go to Dyker Heights.

At Christmas time the residents of this neighborhood adorn their homes with lots of lights. The most decorated houses are between the 11th and 13th avenues and the 83rd and 86th streets. It was difficult to take pictures because there are so many people.

It is almost 9 o'clock at night when we decided that it is time to retire. So we go back to the subway and we make our way to Times Square where we have our hotel. Here we hope to find a place to dine hoping that there are not so many people like yesterday. This time at night there was nobody and we could take many pictures despite the cold.

It did not take more than 20 minutes to get back again to the nerve center of Downtown Manhattan. At this time it is fully lit and full of people. When we approached the restaurant, as we intuited at this time is full of people. So we decided that the best option is to go to a sushi store that we have right in front of the hotel. We carry a few sushi boxes that we tasted in our room, facing the incredible views of the Empire State Building.