This was one of the deepest trips I've made, not because of the distance traveled but because of its effect on me. It is not that my life has been divided before Amritsar and after Amritsar, but it is the place where I have felt better. The trip was good. We arrived directly at the hostel. The city is not pretty compared to the city I visited before (Udaipur). But it is not the beauty of the urban area but the religious centers that make Amritsar famous.

Amritsar would be nothing more than a dusty and forgotten enclave near the border of Pakistan was it not for the impressive Golden Temple. It makes Amritsar a highlight on the map and very important place of pilgrimage. There is an atmosphere of mystery. It is gray. Now that I think about it, it was a good idea to take the photos in black and white, so they are prettier.

We came from a long trip of more than 10 hours by bus, so we needed dinner. My hostess suggested that we go and try Punjabi food, obviously. Once I had tasted Punjabi food in Delhi and it was rich, so I felt ready to try something new. In every neighborhood, I find traditional restaurants that serve typical Punjabi food. It is staffed by its owners and has an excellent, comfortable and familiar atmosphere. The food is prepared in a tandoor (cylindrical furnace with coal) or in a clay oven. And everything is cooked at the moment.

We ordered Sarson da Saag, Saag Paneer, a spinach stew with cream and cheese, and chicken biryani, a chicken stew with spices and basmati rice. They also gave us Roti, a flatbread that also has a lot of additional spices. I ate some rice, which was the only thing that did not sting and also a bit of Roti.

Next morning we visited the Golden Temple. Being in the golden temple at sunrise means having the opportunity to enjoy the most delicious chai in the world with a slice of bread. As soon as we get inside we hear the Shabad kirtan and see the contrast between the immaculate white marble floor with the gold of the main building.

We walked through a corridor with white walls at the end of which was a huge staircase, also white. Behind it opened the true heart of the temple of overwhelming beauty. Personally, it left me with my mouth open. Literally, I hallucinated. People bathe in their sacred lake to purify themselves, sit for hours to pray or simply relax with their friends.

The sunlight reflected on the marble of a clean white color that returned it and threw it on the golden temple that in the center sparkled and shone as if it were a huge jewel. The luminosity was such that it made me squint at first. The whole is, in a word, impressive.

Frankly, Amritsar itself is an unattractive city, quite devoid of charms and in which it is difficult to visualize, at first glance, objective reasons that justify the trip. It is not a pleasant city to walk, it is chaotic, noisy and many of its buildings are practically in ruins. But neither should we let ourselves be carried away by first impressions. 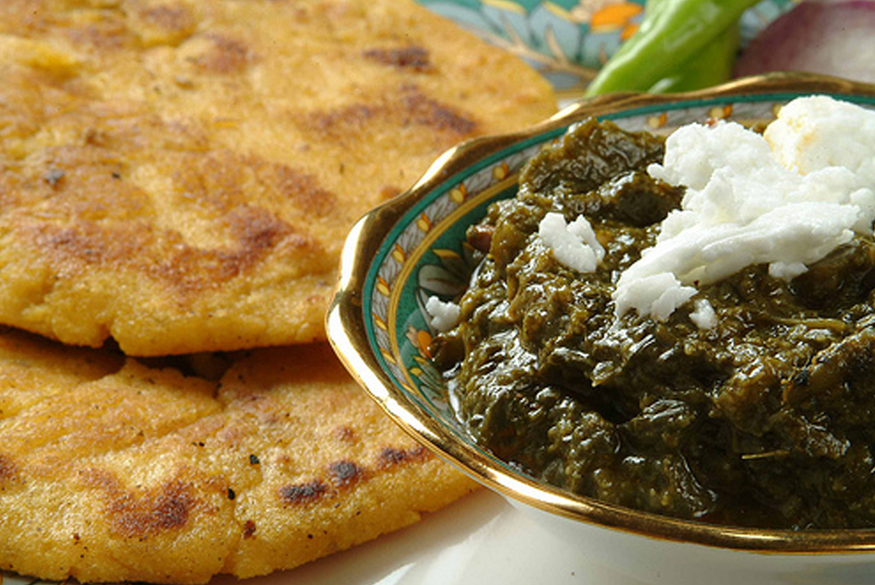 Amritsar has, in addition to the Golden Temple, remarkable points of tourist attention. I must say that the Mata Temple was one of the most strange and surreal temple experiences. The sanctuary is dedicated to Lal Devi, the holy woman with glasses, who became pregnant after her visit. Currently, hundreds of women visit the temple devoted to the cause throughout the year, some of them with glasses, hoping to get pregnant.

All the locals we spoke with insisted and fervently recommended that we visit Jallianwala Bagh. We still see the marks of the bullets on the walls and strange figures made of wire that simulate perverse British soldiers pointing to the horizon. The whole set is exaggerated and a bit tacky, but the truth is that for the inhabitants of Amritsar the garden is a source of pride and is there to remember the sad massacre.

I take this opportunity to also comment that smoking in the vicinity is also prohibited. As a result, we had to easily walk a mile and a half and hide in a corner. Finally, we go for food hunting. We took a taxi and tasted a tandoori chicken in a restaurant recommended by one of our guides, but frankly, the dinner was not something worth remembering. I much more enjoyed the completely vegetarian and a wide range of local specialties.

In any case, if there is a reason worth making a trip to Amritsar (apart from the Golden Temple, of course), above all the places I mentioned above is the welcoming and open character of Sikhs and Punjabis. During our time in Amritsar, we have met especially attentive and kind people, concerned about protecting the traveler and with an innocent curiosity towards the visitor that is more difficult to see in other parts of India and not to mention the globe.

I had Sikhs offering their card to us that in the event that we had any problems during our stay in Punjab we would call them, or another man who came running to warn us so that we would be careful with our backpacks in a taxi because they could steal our luggage without paying attention. Little by little, a few prejudices were dismantled and although it is hard to let the guard down in India at times, I have to say that in broad strokes and generalizing, the Punjabis are charming.

We took hundreds of photos, we let ourselves be enveloped by the mystic atmosphere of the temples. We enjoyed casual conversations with strangers and locals. We ran into unexpected encounters. We were thrilled with the kindness of its people and we even ended up dancing in the streets at the rhythm of a Punjabi wedding. I think you can not ask for more.

The cuisine of Punjab, is not only highly diversified, in dairy products but also uses many spices. The most popular dish here is Sarson da Saag, a curry made ​​with mustard leaves, spinach and numerous spices. The ideal places to have a Punjabi meal remains the dhaba, the restaurants or the taverns of truckers who are on the road that connects Delhi with the region and expose the metal on the outside of their pots, which unequivocally call for a hearty lunch. In these simple kiosks the variety and quality of food is truly remarkable.

There are many different types of sauces to mustard, which usually change from country to country. In France, the mustard is called moutarde literally mustard, is particularly widespread and already in 1500 in Orléans was born the first guild of producers.

Around 1550 the corporation was founded in Dijon, where it is still produced one of the most spicy mustards and famous, known as Dijon mustard Moutarde de Dijon, produced in different varieties with basic ingredients such as brown mustard, vinegar, salt and citric acid. The vinegar is often replaced with the sour grapes, grape juice acidity which has not reached the maturation.

In the milling process, the integument of the seed is removed, giving this less spicy mustard flavor.

Other renowned French mustards are those of Meaux, Bordeaux, and Alsace. The latter is prepared with white mustard, is less spicy and more bitter. Particularly popular in the country is the traditional old-fashioned mustard, obtained with the use of white mustard and black mustard. In French cuisine, mustard accompanies meat dishes and is added to the popular sauces remoulade and vinaigrette.

The mustard widespread in Japan is called karashi, it is particularly hot and you get grinding the seeds of Brassica nigra, Brassica alba and Brassica juncea and mixing them with warm water at 40 °. The spicy taste must be the absence of the wheat in the base compound.

It is used to flavor nikuman, popular snack national, and accompanies popular dishes such as oden, restricted soup made ​​with dashi fish broth, and the shumai, dumplings of Chinese cuisine popular in Japan. In the market there are also non-spicy mustards, similar to those that are sold, called Yo garashi. All mustards on the market in Japan are called karashi or mastādo, and buy the product requires some attention.

Heat ghee in a pan, add onion and saute till light brown. Add green chillies, ginger and garlic and and sauté for a few minutes. Add the red chilli powder, mustard leaves, spinach leaves and continue to sauté for a couple of minutes. Add few pinches of salt and water and cook on moderate heat for 10 minutes. Keep aside to cool and then blend to a coarse paste in a mixer.

Heat the oil in the same pan. Add the paste, cardamom powder, flour and lemon juice. Stir well and cook till the oil starts to separates. Garnish with cheese.