It is the day of Holi, the most popular festival in India. I have breakfast and share transportation to the train station with an Australian. The train arrives with 2 hours of delay, and I have to also change the platform. I almost lose it. Just when I see my train arriving, a kid proposes to me to fix the zipper of my fanny pack.

I agree with the error of not asking how much it would cost me. On the train I met a wonderful family, and very funny children. I even got some food. Being with this family I noticed something that I consider unjust. I noticed that the treatment towards the boy (a year bigger perhaps than the girl), was much more cordial than to the girl. 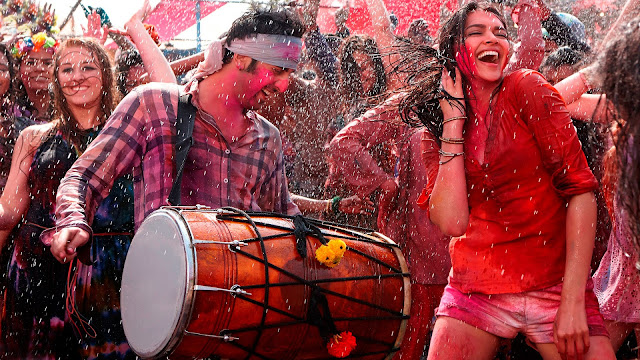 I arrived at Mathura and here Holi has already begun. It costs us to enter the hotel because they have everything closed. The one open is the most expensive and most luxurious hotel I have ever stayed in! I change, go to the street and I get lost. I go back to the hotel to ask where to go? They explain to me several places all in Mathura, because we go there.

At the exit we stumbled upon tourists who come out of a taxi with the perfect holi party color. They tell us that they have been to Vrindavan, which is the main point in the area to celebrate this festival. I take a shared autorickshaw to Vrindavan. Along the way we got lost along with our companions.

After arriving at Vrindavan they put started throwing colours from the outside. They also threw at us balloons of colored liquid from even other vehicles. I took only one 100 rupee note that is enough for round trip to Vrindavan. It became immediately useless because, when I was about to pay the driver, they sprayed me, and in the note, and the driver did not want to take the note.

Ultimately he did not charge me. I tried to use my note but nobody accepted it. I get into the crowd and follow the people, with explosion of colors, dust, water, and music. Following the crowd down Banke Bihari Bazar Street, and after navigating through a river of color, I enter a smaller alley and reach a temple in the middle of nowhere.

It was a temple of Shri Bankey Bihari dedicated to Krishna and in which from time to time waves of the faithful came en masse. Few people control the entrance to avoid disasters, I imagine. The issue is that we had to enter without shoes and the floor was a little, as I would say, filled with a kind of pink layer.

I come up for the environment and decide to enter, but there is nowhere to leave the shoes. In fact, in the outskirts of this temple are hundreds of flip flops. Once inside, I try to make a video with the gopro of the environment. Suddenly I start to feel blows and pushes. Apparently there is an area at the top of this temple in which it is allowed to take photos and videos, but in the lower area it is not allowed.

And instead of asking me to stop filming, they tried to lynch me. At that time I still did not understand anything. A young boy explained it to me, and accompanied me to the upper zone. I thanked him with the orange note I had. He was very grateful, and he sure knows how to clean it.

From above everything looked very good. There were three gates with large curtains that covered the deities. The crowd entered in masses, singing and throwing colored powders into the air. They stopped while the curtains were opened. A kind of prayer was held, and as soon as it was over, the curtains closed again and there was another explosion of colors and songs.

I decided to stay in the temple. I had a hard time, and I was already working on how to get back without money. I was there a short time in Vrindavan. So I turn into a shared autorickshaw. It is clear that it is rush hour and the vehicles fill to the fullest. Once again I sit in the front next to the driver.

After come back I take a shower to remove some of the colours and put on the same clothes to look in the festive mode. I eat at the same hotel and go out to enjoy Holi once again. I walk to the temple of Kesava Deo (Shri Krishna Janmasthan). I could see the streets full of color, but nobody was already painted.

It seems that the Holi was only in the morning. It had his schedules depending on the areas . As in many sacred temples in India they do not let enter with cameras. I stay outside, as there were too many people queuing to leave cameras. The temple was huge. More than a temple it was a kind of complex with several temples inside.

Some kids come up with me to talk to me and I take some pictures of them, but suddenly they are repelled by one of the police officers. As night fell, I walked back to the hotel. At night from the hotel I went to the train station to find two friends who arrived that night in Mathura. We returned to our hotel because they were staying in our hotel, and we looked for where to eat, not without problems, because everything was full. 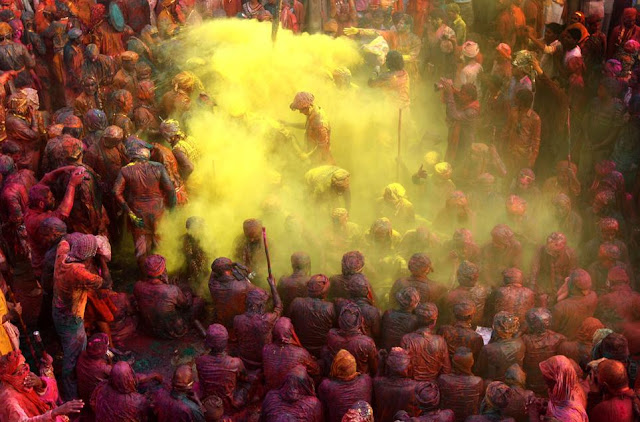 I get up still colored. How complicated is it to remove this paint. I do not see much of Holi atmosphere anymore, at least in Mathura. I ask at the reception of the hotel where can I go to celebrate Holi today. They say they do not know. It is clear that the previous day they have had enough and it was not convenient for them to give this information, or so I imagine.

I approach again walking to the Kesava Deo temple and then I take a walk in the area. In between arrive my other friends who will also accompany me because they do not dare to go out alone. Once we all got together we caught an autorickshaw to Vrindavan again, to see if they celebrate Holi today. On the outward journey our transport suffers a breakdown, but after a while the driver manages to fix it.

To take advantage of the trip we visit its main temples and stroll through the market. In one of the temples, I get attacked by a monkey, and my glasses were almost stolen, but the monkey only manages to throw them on the ground. Later, we see how a monkey steals the glasses of a driver inside his car through his window while he was standing to perform a maneuver with his van.

The poor man buys some bananas to try to recover his pretty blue glasses. We were waiting there to see if he could get them back. At least until we left he did not succeed. In some of the temples that we entered, we had to pay for our shoes, because they told us that if we left them outside, as we used to do, the monkeys could take them away.

It cost us to find the Krishna temple of the previous day. It was not marked anywhere, not even in google maps. It was closed and we left since it was infested with monkeys. While catching a transport to return to Mathura, we stopped at a stand and bought some bananas. While we hand out the bananas, a monkey starts screaming like a madman and chasing us through the rooftops.

I grabbed the handle of bananas that remained. I went near it and gave it a banana. We were then able to eat ours peacefully. We then returned to our hotel to eat, in an auto rickshaw bigger than the earlier one. During the meal we see several tourists with very colored clothes. One of them explains that today there was Holi Huranga until 4pm in a city 30 km from Mathura at Dauji Temple! I get up to try to take what I have left of paint and go to sleep soon. 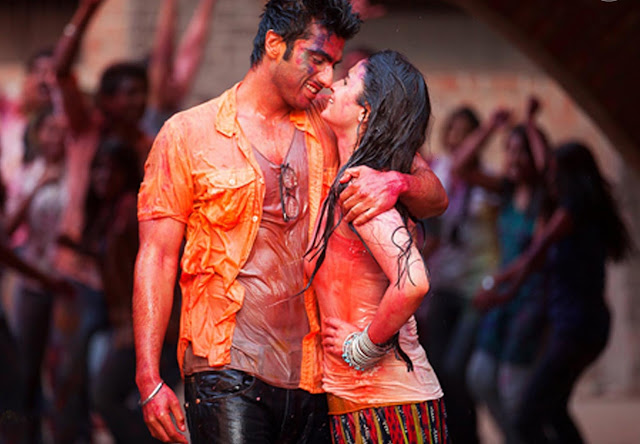 After breakfast we look at the state of our train and it is 1 hour behind schedule. We decided to go to the station and try to catch the first one to leave for Delhi. There is the typical train that does not even have the number of the train that we have to take. The girl who was very unpleasant says us to go to platform 2.

Well there we go, with a ticket without much information. We walk super clueless and once on platform 2, we see a train to Delhi. We decided to ride in that same. We walk from coach to coach. Nobody lets us sit down. We get a position for our backpacks next to the exit hall and there we leave them.

The truth is that the train is crowded. While sitting on the floor, a young boy does not stop looking at me. He approaches me and asks me something? I do not understand it. Right next to us in the car there is a Jain family, although we thought at first that they were Sikh. We became good friends with them, and they have a thousand photos with us. In fact, they have sent us some via whatsapp. We arrived with some delay in Delhi. 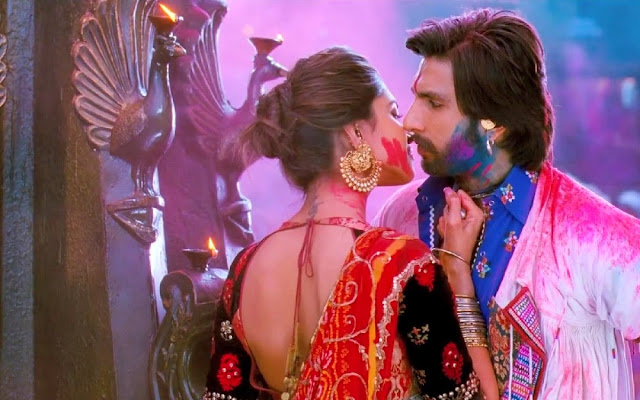