Holi is the festival of spring and is especially a good opportunity for the people of India and Nepal to party by throwing colored pigments or water. We celebrated the Holi in Kathmandu, and we found it was a nice experience. 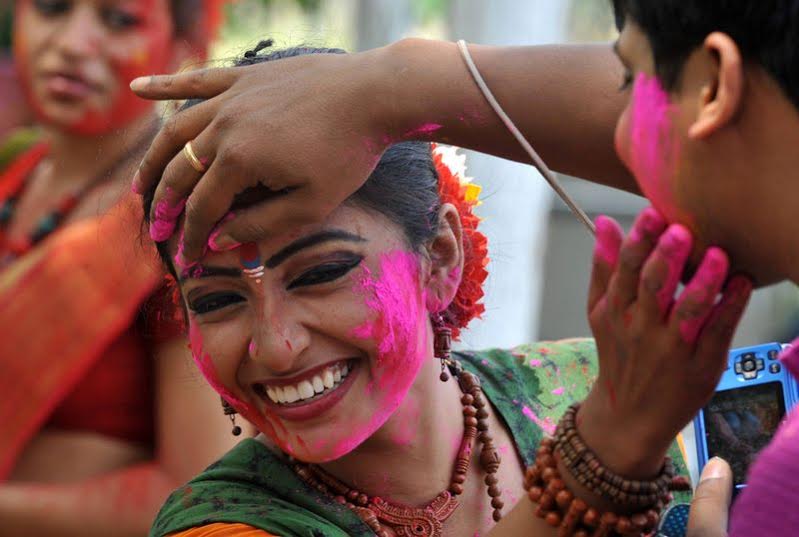 We arrive in Thamel, in the tourist district of Kathmandu (for those who know it looks like Dharamsala in India or Sapa in Vietnam). We were at the hotel, a bit expensive with a standard room.

We go out for a walk at the Durbar Square through the old quarter. There are temples at every street corner, street vendors, incense, bells that sound. It is very picturesque but polluted and dusty. We bought masks as many wear local because it is difficult to breathe.

I seemed to have read that it was possible to get around by lanes and enter the former Royal Palace without paying. We went around and then suddenly we realize that we are there! There are several temples. Unfortunately, most have been destroyed because of the earthquake. The atmosphere is very spiritual and it is good to stroll.

After that, we had originally planned to walk to Swayambhunath which is not far (about 3 km). After seeing the top of the hill surrounded by clouds we decided to go more early the next day. We head towards Pashupati. We go by foot instead of the taxi.

Pashupati, a place famous for its open-air cremations, remind us of Varanasi. But it is very different. Here it looks more like a visit. First, we pay at the entrance, and we attend cremations very closely and take pictures without restrictions. Some indelicate tourists do not hesitate to stick to the corpse!

We were able to observe the rituals and notice that unlike Varanasi the women of the family of the dead are present. At a certain point, those whom I spotted as the women closest to the deceased were heard with a lot of tears and cries. The rain begins to fall! After leaving in a very fine rain, it quickly cleared. Back at the guesthouse, we go to sleep early as we were quite tired. 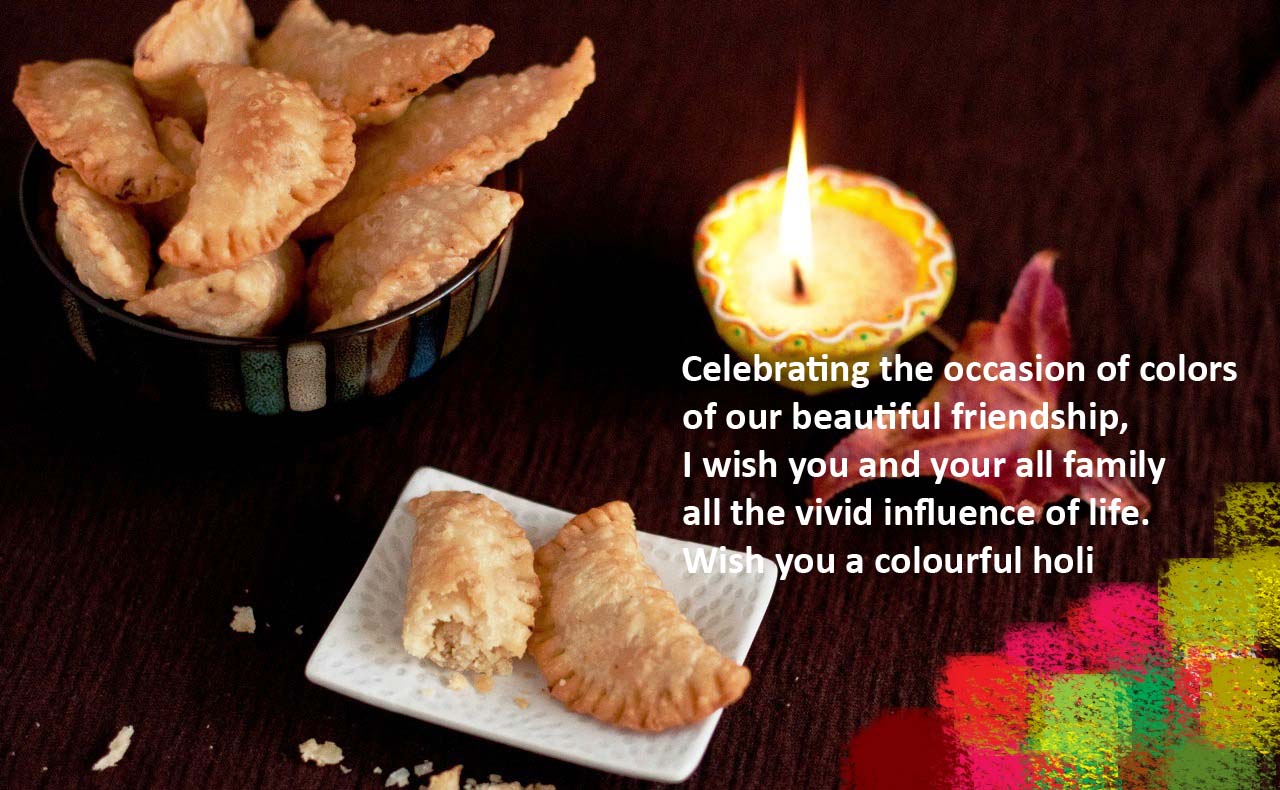 We drink chai in the sun. After breakfast, we went to Swayambhunath after a 2 km walk from our hotel. This place is perched on the hill and is supposed to offer a superb view of the valley and the city. Unfortunately, the atmosphere was not clearer than the day before. We go around the temple.

We went to pick up the bike we had booked. The guy had asked us if we wanted him to refuel. He seemed to insist but then we refused, assuming he wanted to get a nice commission. We finally understood why and if he had explained, it would have been quite good! It is hard to believe when we see the traffic.

Nepal suffers from fuel shortage as it comes from India. One must queue in the evening because as soon as it opens at dawn, the meager reserves empty fast and it's over for the day! So we came across closed stations. We went back to see the renter who fills the bike at a friend's house on the black market. For once we paid more than double.

Once refueled we headed towards Nagarkot and made a stop at the famous Boudhanath temple. We found the place really beautiful. The temple is in the middle of a Tibet like district. It emerges amidst the shops and restaurants and the place is really nice to hang out and observe the Buddhist fervor. We did not pay at the entrance. There was a sentry box with no one inside.

After that, we head for the mountain. Nagarkot is the highest point of the valley at more than 2000m. From the temple we had 25km to go! The road is a horror! Everything is under construction, dented with big stones, big holes, sand and cloud dust, all uphill. In short it was a pain!

In Nagarkot we had quickly booked a hotel on the internet the day before. The village is full of hotels and pubs to eat, but nothing really interesting. The main attraction in this place is the view that it offers of the Himalayan range, and is the departing point of hikes. Unfortunately when we arrived the view was clogged. As soon as we started descending into the valley the landscape became greener. It feels good!

I searched for an hour on all possible travel blogs where we had to go to have the best view. I cannot find specific information! The guy from the hotel told us a way which leads to a tower (the road leaves right behind our hotel). We went out for a drink of local rum in a music bar. While coming back we see bonfires of Holika Dahan and lots of people around. 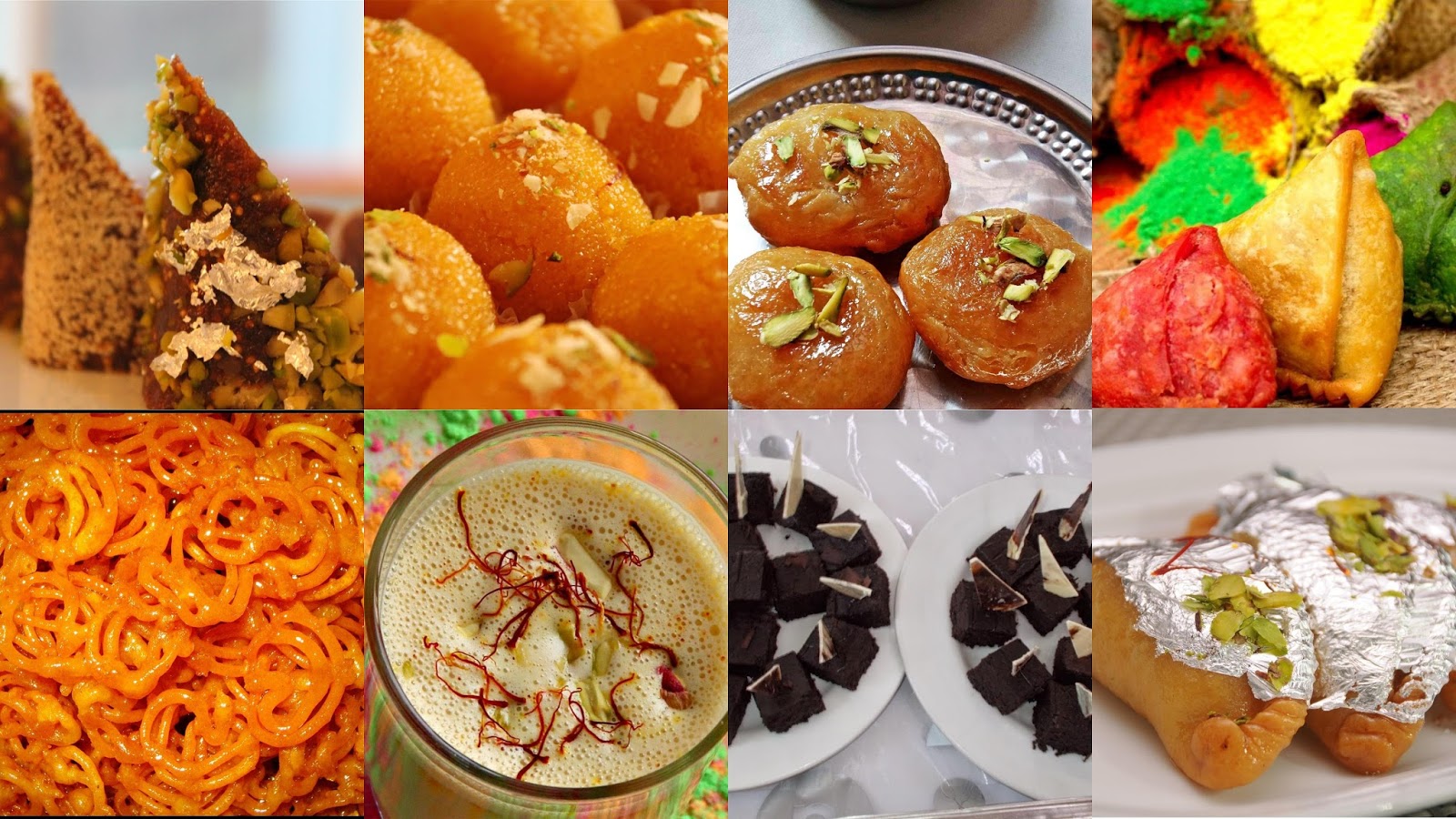 In the morning we went out quite early towards the streets of Bhaktapur, and except the stands selling powder or water guns all seemed normal. Indeed we were on the alert because, in addition to rubbing the face with colored powder, children launch water bombs and even buckets of water from the windows!

We took advantage of the sun and walked a little. We have a good breakfast on the terrace that's good. We finally saw the Himalayas from the roof of the hotel! Gradually some groups of young people arrived, ready to play and Holi started. Tourists are prime targets. Around 11 there were still not many people. We decided to take the road to Kathmandu and go further to Patan. On the roadside, there are full of colorful people!

In Patan, it was much more lively. There were a lot of people and even a small scene with music. We avoided the jets of water (and my camera was in a plastic). We went to drink a bhang lassi on the floor of a bar to observe quietly. There is Indian music playing at full sound with modern Bollywood songs! People dance and scream as everyone throws powder on each other on all sides.

We then decided to go to Kathmandu to see what it was like. We head to our hotel to put our stuff and then to Durbar Square. The closer we get to the center, the folly is on the way! Sidewalks are crowded. The roads are clogged, and it is difficult to move. Everybody is painted in colors.

We walk on foot the 2km between our hotel and the city in evening. We see stores closed. Everything seems deserted except for people generally moving in bands with dripping faces. Again we avoid a lot of water jets. We made the habit of locating people in the windows of houses and go along the walls! It's not so hot! Children have their cheeks painted in Happy Holi!

All the temples of Durbar Square are full and the party is in full swing. Downstairs people dance. They unleash themselves. On the temples, we cram to watch while being safe. We stay a moment to observe and then go back. The owner's daughter cooked, and we ate a delicious traditional meal. All this before sleeping in a nice big bed.

In any case, I want to say that it was really nice and that the atmosphere was good. I've often read warnings like being careful in Holi as it's risky. People drink, and do anything. It's sure that like any gathering when there's a crowd, when people party there may be over smart guys.

But frankly, it's quite close to what we have seen during a music festival or in carnivals. And again, I think it's much worse there! I found the kids rather respectful overall. Some even ask me for permission before rubbing my cheeks. After all, it is possible of course, as everywhere. We had to be careful, but families were everywhere.