Paratha is a flatbread that originated in the Indian subcontinent. It is one of the most popular unleavened bread in Indian cuisine. The mass of the paratha bread usually contains ghee or oil, and it is also usually spread on the already prepared bread. It is common to fill the bread with certain vegetables such as potatoes, radishes or cauliflower, and can even be filled with cheese (paneer).

The paratha is smeared on the top with a little butter, or with a sauce made with yogurt or herbs and even with some curry of meat or vegetables. Some prefer to roll the bread in a tube and eat it with tea. This is the perfect companion for the Butter Chicken although it is also possible to eat it with rice. In the Indian culture, the paratha or the chapati is always present at the table.

The paratha was conceived in the ancient Punjab region. Despite its origin, its consumption is spread throughout the subcontinent, to such an extent that one of the typical dishes of southern India is Kerala Parotta. It is a type of chapati made in several layers that resembles puff pastry. The immigrant Indians brought this dish to Malaysia, the Mauritius Islands (where it is known as farata) and Singapore, giving rise to certain variations such as "roti canai" and "roti prata". In Myanmar, where it is known as "palata", it is eaten with curries or as dessert with sugar.

I decide to leave at 12.30 to Chandni Chowk on the other side of Delhi. Some food shops remain open until midnight. Then it will be the schedule until night, we deserve that breath. They say. I had a tough bargain with the rickshaw that asks me two hundred rupees as 'tourist' is written on my forehead. Well, you're wrong! This tourist will not pay more than 50 rupees! He literally puts me in front of the Gurudwara Sis Ganj Sahib. Also, with the subway works, it has become an obstacle course. Even so, I venture forward as a caterpillar tank towards my target. 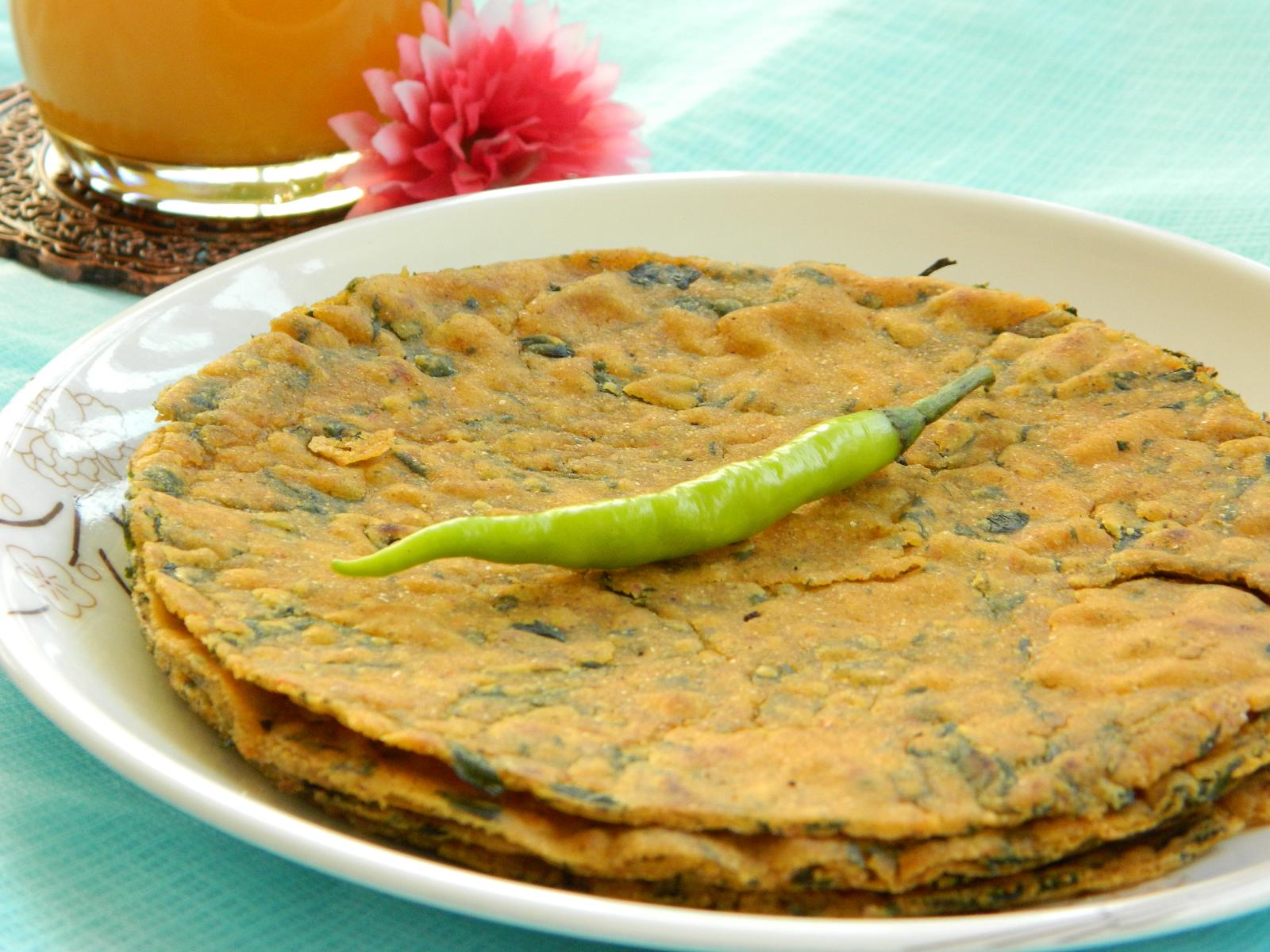 Chandni Chowk remained the shopping center par excellence with its four bazaars of Urdu Bazar, Johri Bazar, Fatehpuri Bazar, Chikan and Zari Bazar. The corner of Ghantewala Halwai is proud of its tradition that made pure ghee sweets since 1780. Wait, I'll be right back! First something salty to recover strength.

So I head for the Paranthe Wali Gali, famous since time immemorial for its Parathas of various types and recent Bollywood films. They say that 300 years ago a family of Brahmins from Agra settled here and their descendants have continued with the trade.

I enter one where there is no onion and garlic according to the tradition. Methi Paratha is my first, served with pudina chutney, jaggery and ginger, and aloo mutter. A lassi alongside softens the hotness of the chilis. But I'm not satisfied and I still have another one called the paneer paratha that leaves me satisfied. Then I go back to Ghantewala and I buy the sooji halwa with pistachio that makes me forget my pains.

A group of foreigners arrives grazed by the tour guide. With the backpack tight to the body, they get half suffocated by the medieval effluvia of this decrepit Old Delhi. With the halwa, I give up. The Badshahi badam pasanda, the jewel of the imperial Delhi will be for another day.

The Indian paratha is done on a special iron pan from the slightly concave shape flat pan called tawa and cooked using oil or butter, at high temperature. In the modern version you let the dough rise for about an hour, but traditionally in India, the dough would be left from seven to nine hours to give it a lighter texture thanks to the greater number of bubbles that form. With the heat, these parathas darken giving a slight mottling.

We chose a recipe, a little hard-working, yes, but all in all easy. The kids will have a great time working the dough. Before you have to rub it in ghee clarified butter, twist it around to form a dough, then create a ball, then straighten it again and start again, then put the filling and close it like a bundle. Apart from the ghee and spices, the ingredients used are simple.

A clarification on the ghee. It is clarified butter that you can do it too by melting the butter and removing the water. You can also buy it already prepared, or simply use the butter; the recipe will succeed anyway.

Add yogurt, salt, turmeric, chilli powder and curry powder and mix well with the cauliflower. Boil potatoes and smash it.

Sieve the flour and salt together. Add the oil, rub it in so that it appears like crumbs
Slowly add the water and knead well to make firm dough. Keep it covered for an hour.

Divide the dough into golf ball-sized portions and roll between your hands till they are smooth and without cracks.

In a pan heat the oil. Add the chopped onions, garlic, ginger, green chillies and fry well till it turns a nice golden brown. Then add the tomatoes and cilantro and fry till the tomatoes are soft and oil begins to separate. Add the mustard, cinnamon stick, peppercorns and cardamom powder along with salt and mix well.

Take a small dough ball and roll out to get 7 inch diameter flat bread. Take a tablespoon of the cauliflower mix and mashed potato and spread evenly in the rolled dough. Pull together the ends and seal on top like a bag. Then roll this together into a paratha.

Roast the paratha on a hot griddle with oil. Parathas are done when they are nice and golden on both sides.

Serve hot with curds, raita or other dishes.