The Chhath Puja celebrated in Bihar is an Indian festival dedicated to the Sun God. Chhathi Maiya is the wife of Surya. Some scholars suggest that she was only her lover, while others claim she was his wife. Chat Puja, also symbolizes the harvest festival. On this day families come to water bodies and offer fruits, sugarcane and other delicacies to the sun god.

The rituals of the Chhath Puja are rigorous and get observed for a period of four days. They include sacred bath, fasting, and abstinence from drinking water. People stand in water for long periods of time during sunrise and sunset for prayers and rites.

The Chhath puja gets also celebrated a few days after the festival of Holi. This event is Chaiti Chhath, but the one celebrated in winter is much more popular. 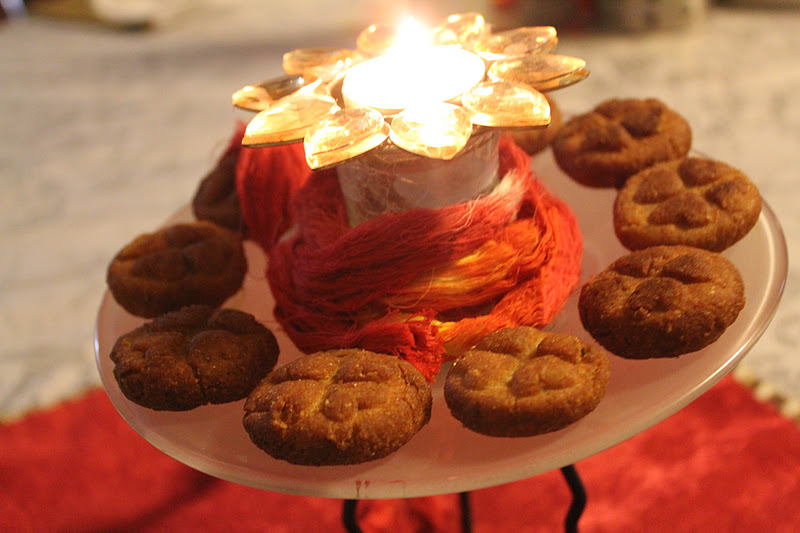 During this period, devotees sleep on the floor. This is a festival which does not need any priest. On the first day of the rituals, devotees take some water to their homes and prepare the offerings. The house and the surroundings get cleaned. Women continue the vrata, which allows them to take only one meal during the day.

On the second day of the rituals, devotees fast throughout the day and can eat soon after sunset. Offerings like Kheer, puris, and bananas get distributed among relatives and friends. Devotees fast without water for 36 hours after the sunset of the second day.

Sandhya Arghya gets dedicated to the preparation of the offerings at home. Families go to the banks of the river to make their offerings during the sunset. It is during this phase of the rituals devotees offer prayers right at the time of the sunset. This is a very colorful moment. Besides, the religious devotees are friends, family members, and participants. Popular songs are also sung during the nights of Chhath.

On the last day of the ritual, devotees go to the river bank before dawn to make their offerings to the rising sun. The festival ends with the breaking of the fast by devotees. Family and friends gather in homes to enjoy the food served as an offering in this festival.

Most devotees who follow this festival are usually women. Although there are a large number of men who also follows. The women pray for the welfare of her family and for the prosperity of their descendants. The rituals get performed every year. One can skip that tradition if there has been a death in the family that year.

In the offerings or prasad, usually, they include sweets, or fruit, among others. The food is vegetarian and cooked without salt, onion or garlic.

Women prepare and offer special sweets called thakua. This celebration is important in places like Bihar, Jharkhand, Uttar Pradesh and Nepal. It is generally held in all regions and in major urban centers in India.

First of all, wash the rice in a bowl and soak it overnight. Next day dry the rice by putting it on a paper. Now put the rice in the mixer and make its powder. Sieve the rice powder through a sieve and take it out in a separate bowl. Now add jaggery and ghee to it and knead it. Be careful not to use water at all. Keep the kneaded dough covered for a few hours.

Break small balls from the dough and make balls out of them. Mix semolina, sugar and sesame in a plate and mix. Keep ghee in a pan on medium flame for heating. As soon as the ghee is heated, put the balls in the pan, wrapping them on the mixture kept in the plate. Fry it well from all sides till it becomes light golden and turn off the flame.

First of all, we will prepare jaggery by mixing it, for which we have to mix half a cup of water and jaggery in a pan. Do not turn off the gas until the jaggery dissolves in the water. You just have to dissolve the jaggery in water, you don't have to prepare its syrup. To dissolve quickly, break the jaggery into the pan and put it. Keep stirring it so that it does not stick to the bottom. Now filter the jaggery and take it out in a bowl.

Now we will start kneading the dough, for this, in a bowl, add 2 cups of wheat flour, 1 teaspoon fennel, almonds, raisins, coconut, small cardamom, 1 cup ghee and prepared semolina and jaggery mixture and knead the dough. If the dough is not able to knead well then add some milk. While kneading the dough, make laddus and see if the laddus are being made well, then it means that the dough has been kneaded.

Remember that jaggery should always be 1/3 of the quantity of flour for making thekuay. Knead the dough very hard. The more it hardens, the more crispy the Thekua will become. After kneading the dough, let it set for 10 minutes. Now put a ball of dough in the mold making the thekua and press it. After putting all thekuas in the moulds, take them out in a plate.

After this, heat ghee in a pan and start frying thekuyas. Fry from both the sides till it turns golden brown. Thekuyas are ready for Chhath Puja.

First of all, we will prepare the rice ie rice. For this, according to the ingredients, wash the rice thoroughly in a bowl and soak it for 10 minutes. Now put 1 cup of water in a hot pan. We have to keep water twice as much as rice, that's why we are adding 2 cups of water to 1 cup of rice. As soon as the water becomes hot, we will put the washed rice in it.

Put a little rock salt and a spoonful of ghee on top. Now stir the rice on high flame for 5 minutes as the rice starts boiling, then turn the gas on low flame and cover the rice and let it cook. It will be ready in about 5-7 minutes. After making rice, now pumpkin curry will start making, for which you will cut lentils and gourd into pieces according to the ingredients in the cooker.

On top, add 1 cup of water, half a teaspoon of rock salt, half a teaspoon of turmeric powder. Now cover the cooker and cook it on medium flame till 3 whistles come. Open the lid after the pressure of the cooker is released. If you find the lentils a bit raw, then add 1 whistle more to it. After boiling the vegetable, we will start preparing to fry it in a pan.

To fry the vegetable, first of all, we will heat the kadhai. Now add 1 tsp ghee, tsp cumin, 1-2 bay leaves, 1/4 tsp asafoetida, 2 chopped green chillies, two dry red chillies. Stir all these well for 2 minutes. After this, add 1 tsp grated ginger and fry it well. After roasting the masala, add the boiled gourd and lentils. Now with the help of a spoon, press the gourd lightly.

Now you can also add a little salt on top. We have already added salt, so before adding again, taste the vegetable. After this, add half teaspoon cumin powder, 1/4 cup water. Cook the vegetable on low flame. Keep stirring the vegetable in between, as well as keep checking by pressing. When the vegetable is cooked, switch off the gas. Serve with green coriander on top.

First of all, soak the rice in water for 15-20 minutes according to the ingredients. Now put a pan on the gas and heat it by adding full cream milk. Full cream milk makes kheer very creamy. After about 5-7 minutes the milk will come to a boil. After that add soaked rice in it. Keep in mind that only rice should be added to the kheer until it comes to a boil.

After adding the rice, cook the kheer while stirring continuously. Do not leave the kheer, otherwise it may stick in the pan, it can give a burning taste to your kheer, after about 15-20 minutes the rice will start cooking well and the color of the kheer will also change slightly. Now we will add sugar and chopped dry fruits according to the ingredients in it.

Now cook it on low flame for 4-5 minutes. Kheer should not be cooked for a long time after adding dry fruits as the mild raw taste of dry fruits enhances the flavor of the kheer. After making the kheer, cool it slightly and keep it in the fridge.

First of all put the kadhai on the gas. Heat 2 tablespoons of desi ghee on medium flame. Once the ghee is hot, temper the whole cumin seeds according to the ingredients. After cumin, you have to add finely chopped green chilies. When green chilies are fried, add turmeric powder, coriander powder, red chilies and cook the masala for 2-3 minutes.

When the masala starts cooking, the aroma starts coming, then add soaked gram on top and fry it. Now you have to add salt as per taste. After mixing well, cover and cook on low flame for 10 minutes. Keep checking it from time to time so that it does not settle down in the pan. After about 10 minutes your gram will be fried well.

Now add roasted cumin powder on top and fry the chickpeas for 5 minutes. After this your fried chickpeas will be completely ready. Serve garnished with green coriander on top.

Clean the leaves, remove the tough stalks and roughly chop the greens. After this, heat oil in a pan and fry it by adding asafoetida, cumin and dry chilies. After this, add greens in the pan, mix it properly and add all the spices in it and cook covered for 4 to 5 minutes. To temper it, prepare the tempering by placing another pan on the gas.

For this, put oil in a pan and add dry red chilies, mustard seeds and sesame seeds to it. After that add vegetables in it. After the tempering, your red saag curry will be ready.