The Magh Bihu festival is celebrated with great fervor by the people. It is characterized by merrymaking and feasts. This marks the end of harvesting season in which there is plenty of everything. This is the time where the agricultural people working hard in the fields sit to reap the benefits of their work. However, it must be stated that the Magh Bihu festivals is not limited to agricultural pockets of the state. Right from the smallest villages to the big towns and cities of Assam, people celebrated the festival with great joy. Though it should be mentioned that the mode of celebration differs from villages to cities.

Families and friends come together to prepare and taste a hearty meal of roasted duck. These celebrations are an opportunity to celebrate with pithas. They get made of rice and pay tribute to the family and the community. The moon, divinities, and ancestors get invoked for the blessing of the crops. The festival is usually celebrated with traditional dances and communion around a feast. The next day, they burn the Meiji and dispose its ashes in the fields and around the fruit trees. It is to improve the fertility of the soil. Then the inhabitants celebrate and launch sporting challenges. There are bull fights and other entertainment. 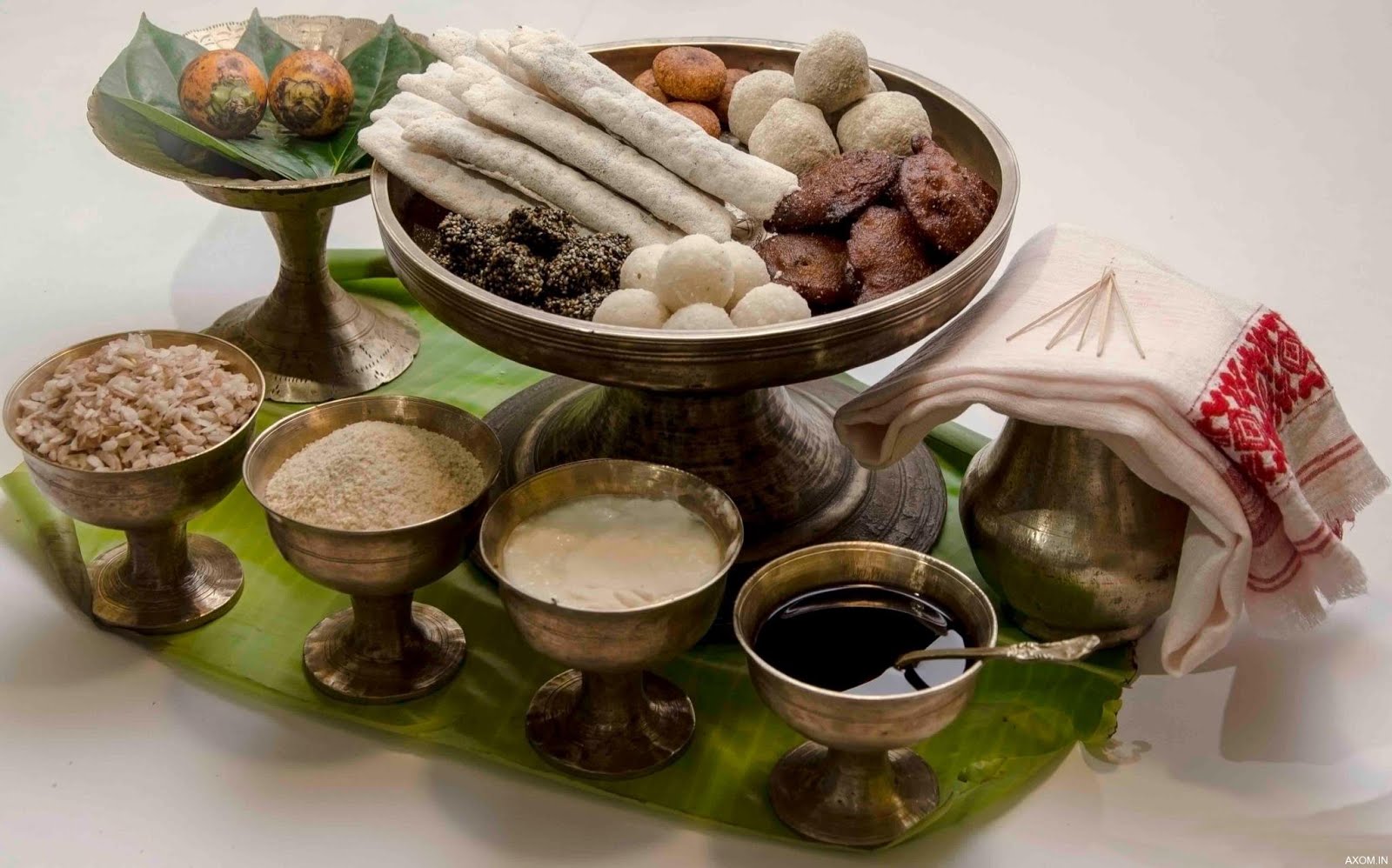 The Magh Bihu also referred to as Bhogali Bihu. It is a food festival and is celebrated in January. It is the time when winter has set out on its last course, making way for spring. The night before the Magh Bihu is called Uruka and is characterized by loads of joyous merriment among the communities. On the eve of the festival, the inhabitants build mejis with bamboo and straw in their fields. In this bhelaghar, meals get prepared. People gather around a fire and the festivities continue around the fires and the meals. However, many people choose to fast and pray on this night.

The second bihu is Kati or kangali bihu. It is held in the month of kartik (September or October). But there is a world of difference in the celebration of this bihu. Slowly but surely, winter is approaching, heralding the season for sowing the seeds. This is a solemn occasion as people worship the deities for a rich harvest. Young people learn to estimate the hard work so they do not fritter money away.

Fairly predictably, this bihu is dedicated to the worship of none other than the goddess Lakshmi who is the dispenser of wealth to mortals. As night falls, the lights are lit in paddy fields where farmers have toiled through the day. At the end of a hard day's work, all members of a family pray to the goddess for the welfare of their crops and livestock. 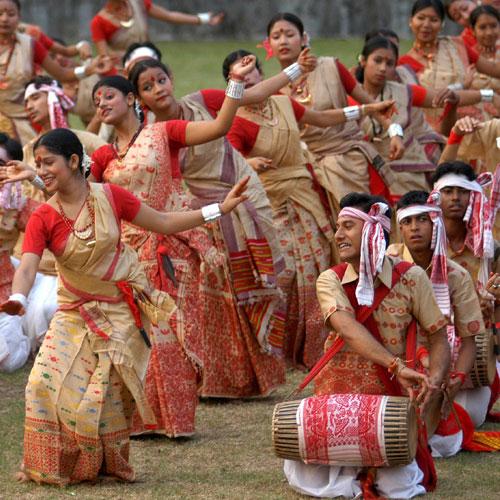