Before we talk about heritage, temples covered with terracotta plates, the countryside of West Bengal and the lively streets of Calcutta, here is the is the approach you need to have Bengali cuisine in West Bengal. In India itself, it enjoys a unique reputation of being one of the least spicy and varied cuisines in the country, with astonishing delicacy and variety with the omnipresence of mustard seed, fish and sugar.

The region was a commercial and administrative bastion of South Asia at the time of the first Hindu and Buddhist kingdoms and later to the Muslim sultanates. The Mughal cooking developed in Bengal in 1576, partly included in the Mughal Empire.

And first of all, the five main elements are cane sugar, mustard seed, rice, coconut and fish. For if you believe that the giant shrimp or chingri and the fish like ilish/hilsa, bhetki and rui come from the sea, you are wrong. All Bengali cuisine is based on a delta that encloses and infiltrates the region, mixing the waters of the Ganga, Brahmaputra, Padma and all their tributaries, as many streams, as many dishes that arrive directly on the stalls, along the roads, in the villages and towns, and in the plates.

I give you the unfolding of a Bengali meal, and in any other gastronomy, the order and succession of dishes is of importance in terms of flavors, and we do not mix them. Typical of southern and eastern India, a banana leaf serves as a dish, It is extremely convenient, just fold it and hop, to the trash.

Rice is the continuous bass of your meal, you take one spoon from each dish, which will help you to form balls with fingers and gulp! For the first bitter dish to put in mouth, we have set our sights on the traditional shukto, a dish with very light sauce based on vegetables, whatever you have at hand, bitter gourd and neem leaf or gourde snake, also called potol. The bitterness of the dish is tempered by the addition of milk, sometimes coconut milk and raising of ginger and poppy seed paste. The whole is surprisingly soft, refreshing and light.

A second dish is made with vegetables, such as a mochar ghonto, banana flowers mixed with potatoes, presented in the form of a puree made creamy by the coconut milk.

A third dish is made with fish and shrimp, steamed in banana leaves or in sauce, including a gigantic shrimp in a spicy sauce made with a paste made of onions, garlic, cardamom, clove and coconut milk, and you can feel very clearly that the Bengali cuisine is close to the Thai cuisine on the other side of the Bay of Bengal. The bhetki paturi is simply divine, a small portion of a white fish covered with a paste of mustard seeds and turmeric, steamed in a banana leaf and finally a must is the barishali ilish.

Finally, because it is stronger in taste and more spicy, is a dish of meat such as a mutton dakbunglow with its creamy sauce based on onions, garlic, ginger, tamarind and cinnamon, all made creamy by mustard oil. It is unctuous and strong in taste, ideal to close a Bengali meal where the flavors grow gradually in intensity.

To accompany them is white rice or sometimes luchi, swollen and fried breads made from flour and covered with a little ghee or clarified butter. The flour called atta, a kind of complete durum wheat flour goes into the preparation of Luchi, Porota, Pitha, etc. Chickpea or chhola, bean black gram or biuli dal are used almost exclusively in the preparation of dal, which is often cooked whole at breakfast and shaped into flour or besan.

You can accompany a chutney like khejur-amsatto, made from cashew nuts and dried mango and drizzle a surprising aam pora sharbat, a creamy juice cooked with green mangoes, softened with a good sage of cane sugar juice, a pinch of salt and lemon juice.

To finish, the cream of the cream of the Bengali cuisine is the mishti doi! The sweet is based on chhanna, a kind of very fresh cheese, then cooked in the sugar and butter. It's better to buy them in the sweet shops, which are more specialized in this matter than the restaurants. Here are some specimens as no sandesh or rasgulla can be same. The rosogolla, sandesh, sweet yogurt, payesh (rice pudding) and pitha are Bengal's specialties. Shon papdi, a flaky sweet, jalebi, pantua, sitabhog and mihidana are other popular sweets. The paan ends the whole buffet.

Bengali food is carefully prepared according to the recipes handed down from generation to generations requiring hours of labour and ingenuity. The Bengali culinary tradition is mainly based on the ingredients available locally. The vast river network, its climate and its fertile soil help to grow rice, mustard and other crops.

Though modern Bengali cooking is being influenced globally, still our tongue will always yearn for the taste of muri ghonto, an exotic dish prepared with fish heads and rice; aloo posto, with potatoes cooked in poppy seed paste; chingri malaikari, tiger shrimp in a paste of coconut milk; and sorshe ilish, hilsa Fish cooked with mustard seed paste.

The staple food of the Bengalis is rice and fish. The fish, especially of fresh water plays an important role like ilish, pabda, rui or rohu, chitol, magur, bhetki and tilapia. Meat is also very popular among the Bengalis. The cooking medium is mustard oil which adds to the aroma and flavour of the Bengali food. A small piece of carpet is placed on the floor for the person to sit on it (aasan). The plate is often surrounded by an array of bell metal bowls (batis), containing various items.

During lunch you can taste the typical dishes of bengal, most of which are very spicy, so if you do not like strong flavors stored the word Jhal means spicy and can come in handy if you answer yes it is, if you say na is not, but as much for them is never spicy.

As in all of Asia you eat a lot of rice, and are delicious samosas and puri, fried dumplings filled with meat, potatoes and peas or sweets, the most famous of which is the jalebi that is fried in a spiral shape. Cakes is also dedicated to a party, pitha-apple the feast of cakes, in which women will compete in the cook the best cake.

Then comes the sweet and sour dishes chutney or ambal. Lastly the dessert which could be sweet yogurt (mishti doi), sondesh, or the famous rasgulla. And finally, a betel leaf as the mouth-freshener (paan). This is a common menu for a Bengali lunch or dinner.

A leisurely breakfast on the holidays or special days will be usually luchi or parathas flour rotis seasoned in oil or ghee and curried potatoes (aloo dum). Snacks like singara, kachori , nimki, mochar chop, alur chop are also very popular.

Rainy days mean khichuri a mixture of rice, lentils and vegetables, fried brinjal slices (begun bhaja) and fried eggs (dim bhaja). The typical spices the Bengalis use to cook their dishes are hard to find in any other part of India. The Bengali's use a special type of spice called kalo jeere which is black in colour.

Another authentic Bengali spice is panchforan (five spices) which is a proportionate mixture of fennel (mouri), fenugreek (methi), black onion seeds (kalo jeera), cumin (jeera) and black mustard seeds (kalo shorse). The panch phoran is usually tossed in mustard oil or ghee and then added either at the start or at the end of cooking.

The aroma that distinguishes the cuisine of Bengal is mostly attributable to the spice mixture Panch phoron. Panch means five and phoron spice. We could also call it five spices of Bengal, an aromatic blend and full of color, the green of fennel seeds, black mustard seeds and nigella, the golden fenugreek, the buff of cumin seeds.

In some cases, instead of using fennel seeds anise, wild mustard in place of cumin, mustard and cumin instead of black instead of nigella. The ingredients are added in equal amounts and should not be crushed.

This blend of spices is a traditional recipe of Bengal, a region divided between eastern India and Bangladesh. The culinary tradition of Bangladesh is very old and is characterized because of the presence of the aroma given by this mix of spices. The word panch means five, while phoron indicates flavors, so it is also known as the mixture of five spices of Bengal just like the Chinese one that combines the five elements through which the world is represented.

The Paanch Phoron mixture, also called 5 spices by Bengalis, is the mix of spices that smells excellence for the vegetarian cuisine of northern India. Lentils, chickpeas, rice and vegetables are accompanied by perfectly well balanced with aromas of cumin, mustard, nigella, fenugreek and fennel. 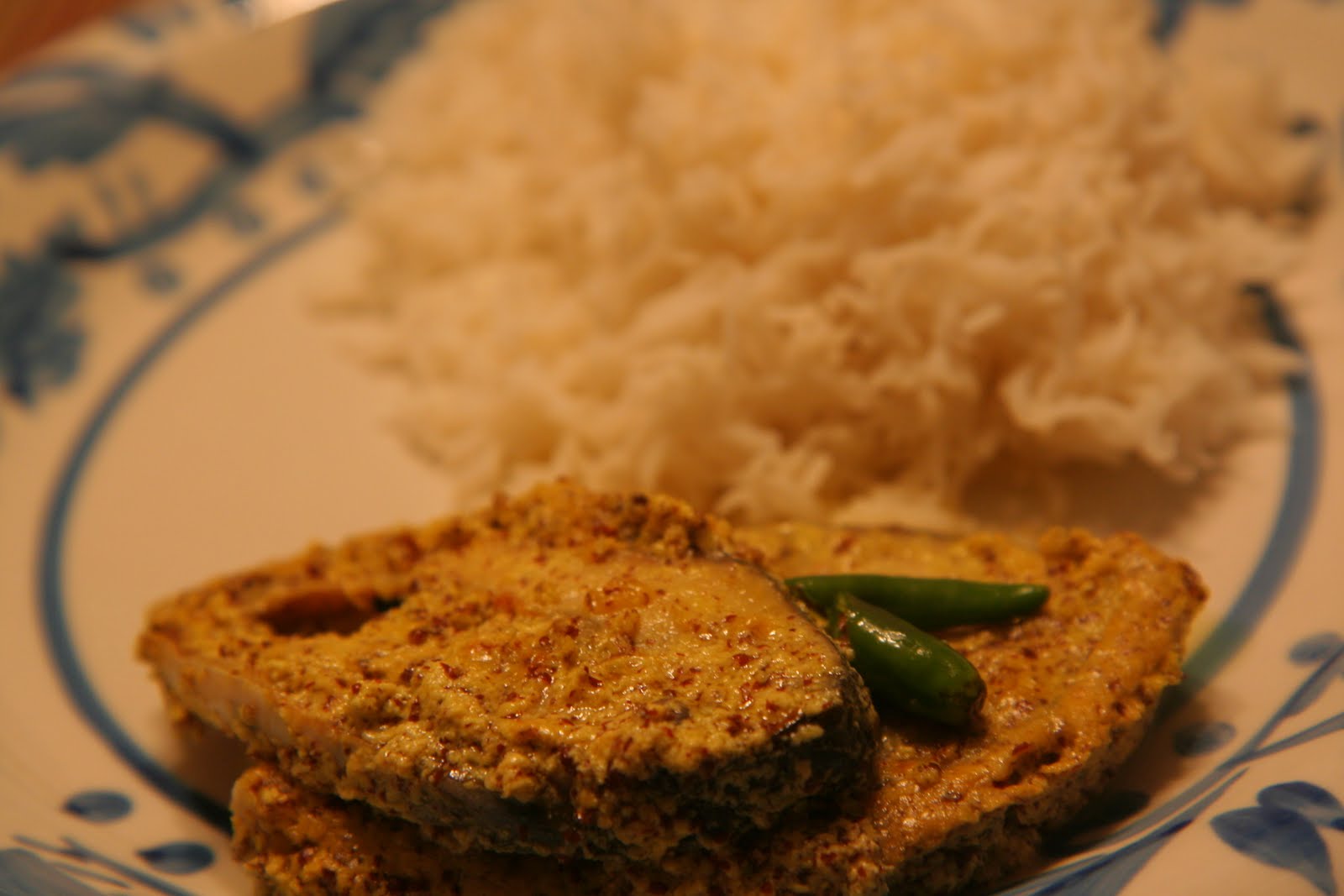 Bengalis also use mustard paste (shorshe bata) and poppy paste (posto bata) in some of their dishes. They use ginger, garlic and onion paste in most of their meat and fish preparations. They love to garnish their food with Coriander Leaves (dhoney pata).

Some of their vegetable dishes like shak chorchori recipe of seasonal leaves are often garnished with bori bhaja made from the batter of Urad lentils. It is sun dried and then fried and sprinkled over the food. The bengalis even use their own type of cooking vessels.

The kadhai is a round bottomed vessel that is used for most of cooking and frying. Rotis and parathas are cooked on a griddle or Tawa. Rice is cooked in a hadi or a special large pot. The handle less, rimmed, deep flat-bottomed dekchi is the hallmark of Bengali kitchens.

Also found are the ladle (hatha), the metal or wooden spatula (khunti), the perforated spoon (jharni), the sarashi pincers used to remove pots from fire, the old wooden chali balun for pureeing lentils round pastry board and the rolling pin, the shil-nora grinding stone to grind the spices on and the bonthi a unique cutting tool.

Bengali food has come a long way. Now Bengali food is prepared and eaten with much enthusiasm all over the world. 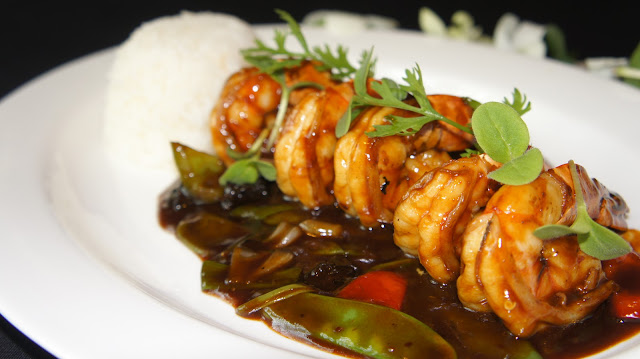 Mix the ingredients well in a bowl and refrigerate for a couple of hours. This will give you time to make the other preparations. This includes cutting the banana leaves into 6 inch squares. The pieces of banana leaves need to be warmed to make them soft and manageable. Once the crabmeat mixture looks well set take it out of the refrigerator and divide into eight equal portions. Place each portion on a single piece of softened banana leaf. Fold into neat parcels. Steam the parcels in a steamer for 10 minutes. Serve hot. This tastes best with steamed rice.