A weekend trip from Kolkata to Sundarbans to see the Royal Bengal Tiger is perhaps just what you need to relax after a hectic week at work. I will tell you today of my trip to this fantastic place that is in the Bay of Bengal separating India from Bangladesh. A friend and I went to the Sundarbans to enjoy the landscapes and to see if we can win the lottery by seeing a tiger on the way.

I'm not going to say it's like going to Loch Ness and seeing Nessie but it is also true that you know it in advance and the expectation is low. Do not be fooled. There are better places to see the Bengal Tiger. The tiger is a bit like sharks in diving centers. There is always a picture well placed but it may have been 15 years since somebody has seen one.

The tiger in the Sunderbans is a little bit the same. There is indeed the largest concentration of tiger in the world, however, what is not said is that the area where the Tigers are in large numbers is prohibited to the public. 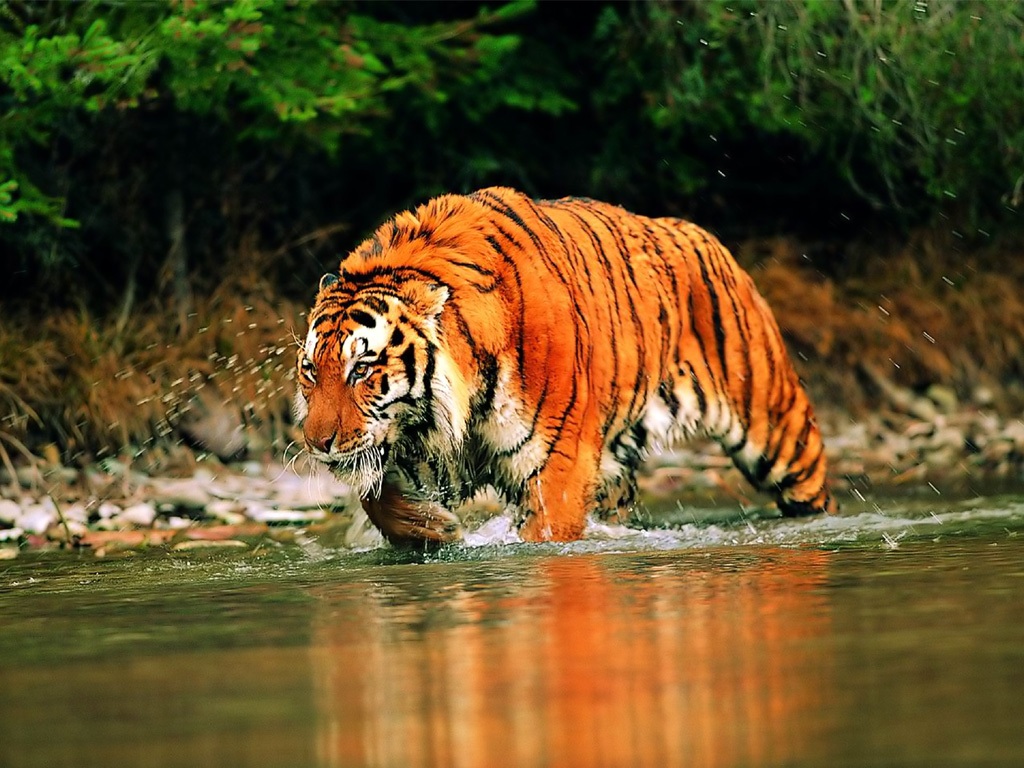 What a nightmare to spend a night on a train! At dawn, the parade of people continues who get down, the coolie that begins to pick up luggage, and vendors shouting through the corridors. And there are still about 4 hours to get to Calcutta! I try to spend my time reading, an activity that has become an authentic escape valve.

After finally arriving in Calcutta, the driver surprises me by waiting for me. He recognizes me at once because I am the only pale face on the train. The traffic in Calcutta is horrible for a change. Luckily I'm not going to visit anything. I just cross the city to go to the Sundarbans National Park, in the Ganges delta.

Still, I have two long hours of car to get to the pier where I will board the boat that will take me to the interior of the Tiger Reserve. During this time the landscape changes from gray to green. At least in the last sections, there are fruit trees, cane plantations, rice, and palm trees on the sides of the road.

I arrive just in time to embark on a motorboat with capacity for few passengers, without cabins, but with a cover with tables and benches. They welcome me with a refreshing natural juice served inside a green coconut. During the trip through the mangroves, we get closer to another boat like mine that travels in the opposite direction.

The official guide of the ship leaves its former clients and comes to welcome me. He does not stop talking about himself and shows me pictures of tigers taken by himself. Let's see if I'm lucky, although, by the look of the photos, the Bengal Tigers must have disappeared some time ago. The cruise lasts about two hours, and the temperature is pleasant, although the sky is very overcast.

Upon arriving at the lodge, they receive me ready for lunch, which I enjoy after leaving my luggage in a nice bungalow. After lunch, I have an excursion scheduled upstream, to a wildlife observation tower. It is a very slow trip, in which I have time to take a nap. It seems to me that I will see little here, because everything is salt marshes, and the safaris are made from the boat. The only thing I see are fiddler crabs when we land to see the tower and several species of birds.

I return to the camp to give me a well-deserved shower after the night on the train, but as expected, there is no hot water. After dinner and a good beer, I go to sleep, exhausted. Tomorrow there are more safaris. 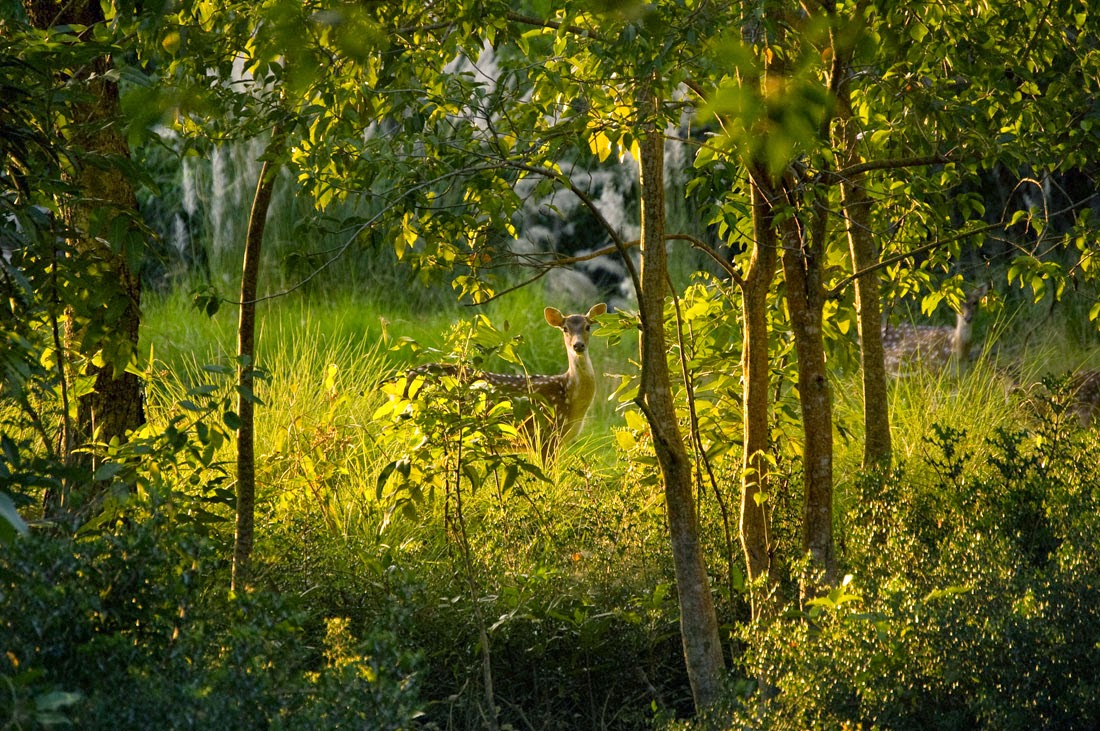 Shortly before the alarm goes off, a knock at the door wakes me up and startles me. The breakfast has been served on the terrace of the bungalow. I'm going to spend a few hours hunting for Bengal tigers, among the marshes. After a short while of sailing, I was served another breakfast on board. At least I have seen a pretty decent sunrise.

I see almost nothing of fauna, but only birds and some tiger marks in the mud of the borders. We stretch the neck by all the corners that we find. We go up, down, jump, and there was no luck. There was no nearby bush that did not wag to see if I found it in front and the only thing I got was to take a branch in my face. Yes, we saw crocodiles and other reptiles, macaques, all kinds of birds and chitals and speckled deer among others.

It is also raining. At mid-morning, we stop and go ashore, to another of the multiple observation towers of the reserve. In it I only see a bright green snake coiled on the roof of the cabin at the entrance and from a distance a deer and a giant lizard. I want to make a special emphasis on birds since there were species as the Kramer parrot, the plover, the snipe, the crow, and the bastard sandpiper.

Around the camp, I go to the dining room, which today is full of people. After lunch, I go for a walk to the nearest town, less than a couple of kilometers away, to see a local market. I see that they use solar energy to get electricity since apart from the generators, there is no way to get it since the power line does not reach here. I see some men harvest the honey.

I return happily to the camp because at least I have been able to walk a stretch, after so much surfing. In the evening I have tea and cookies, in the dark and sheltered by bonfires. They offer a representation of local dances and songs in the center of the camp.

I continue without hot water in the room. So I go out and ask for hot water heated at the reception so I can take a shower after all the day in the rain. When the time comes to go to dinner, I see a lot of variety on the menu. In the end, the hunger takes over me and I have fried rice and chili chicken. 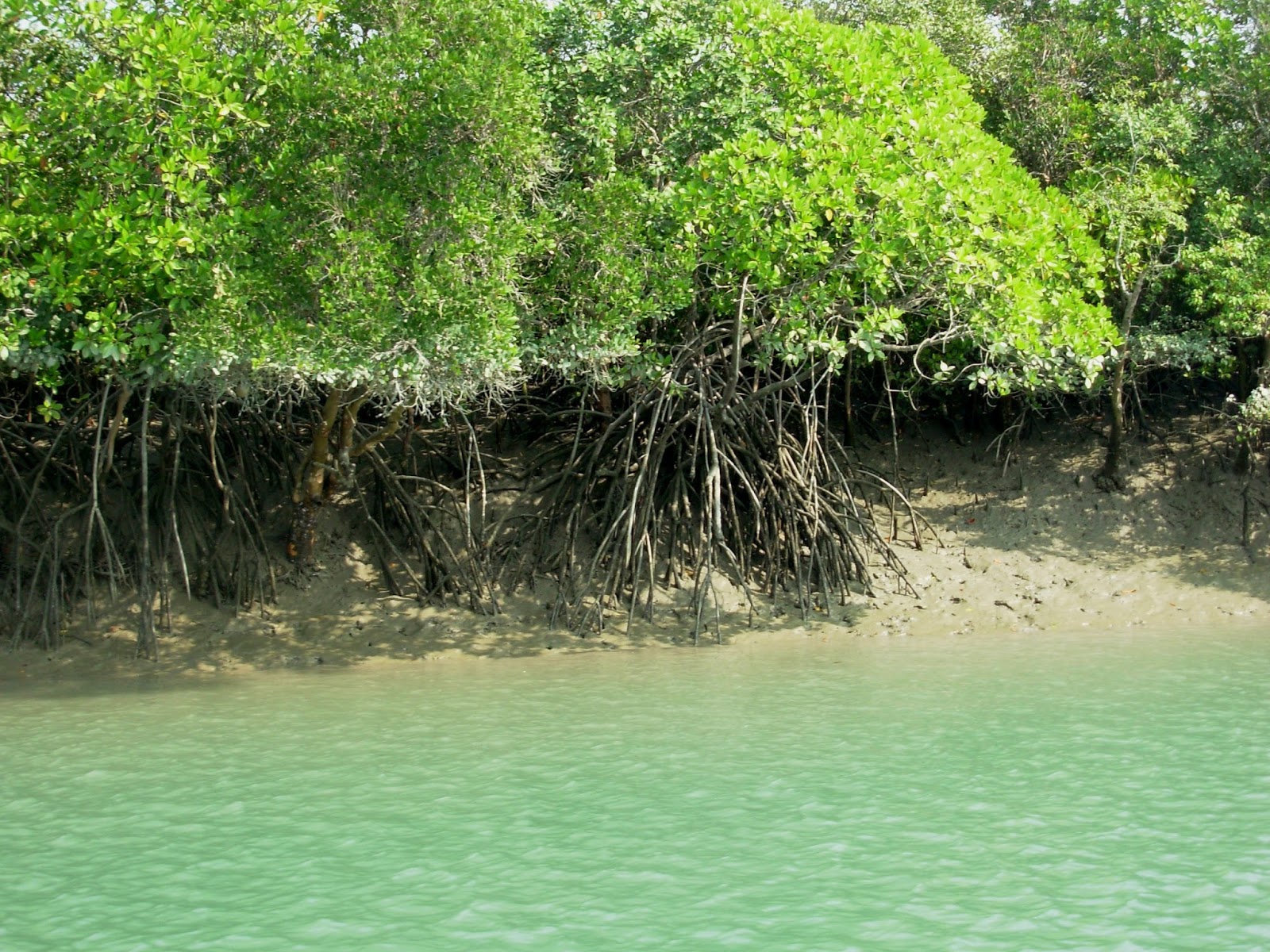 At dawn, I was woken up by the roosters that run through the camp, and when I open the door I find a cup of tea and cookies for breakfast. I still do not have hot water and the last shower here will be again with cold water. Today is a splendid day. I say goodbye to the staff of the place and embark on the last cruise, which will take me back to the boarding point.

During the voyage, I do not see tigers, but I do see traces that leave the water and go into the trees. The guide tells me that, contrary to what I believed, Tigers not only like water but can swim great distances! Halfway through, shortly after 10, they bring me what is supposed to be lunch.

When I docked at the jetty, a driver different from that of the other day awaits me. The road makes it impossible to concentrate on anything on the road. Time passes and I get nervous because I have to take a flight to Assam, a state far away from tourist routes, but in the end, we follow the route.

I arrive at the airport on time. I pass security controls, and I enjoy another free show. The queues are terrible, and the boarding doors change constantly. Mine changed more than 4 times in an hour. In the end, an elderly man with a turban loses his nerves and refuses to change the door again.

He engages in a heated discussion with the ground crew, who starts shouting even more than the passenger, becoming a cockfight, much to everyone's surprise. I'm afraid they came to blows, although I could not see it because I had to embark on my flight, what a pity, once it's punctual!

The flight from Kolkata to Guwahati is short. I pick up luggage and ask for a taxi and after showing him the address of the hotel, which obviously was unknown, we started the route. The driver has to ask his radio station for directions, and after a while, he arrives in a neighborhood. I arrive when the sun can no longer be seen, and I quickly get into the reception to check in and go to the room to shower before dinner. After the shower, I went down to the hotel restaurant for dinner. 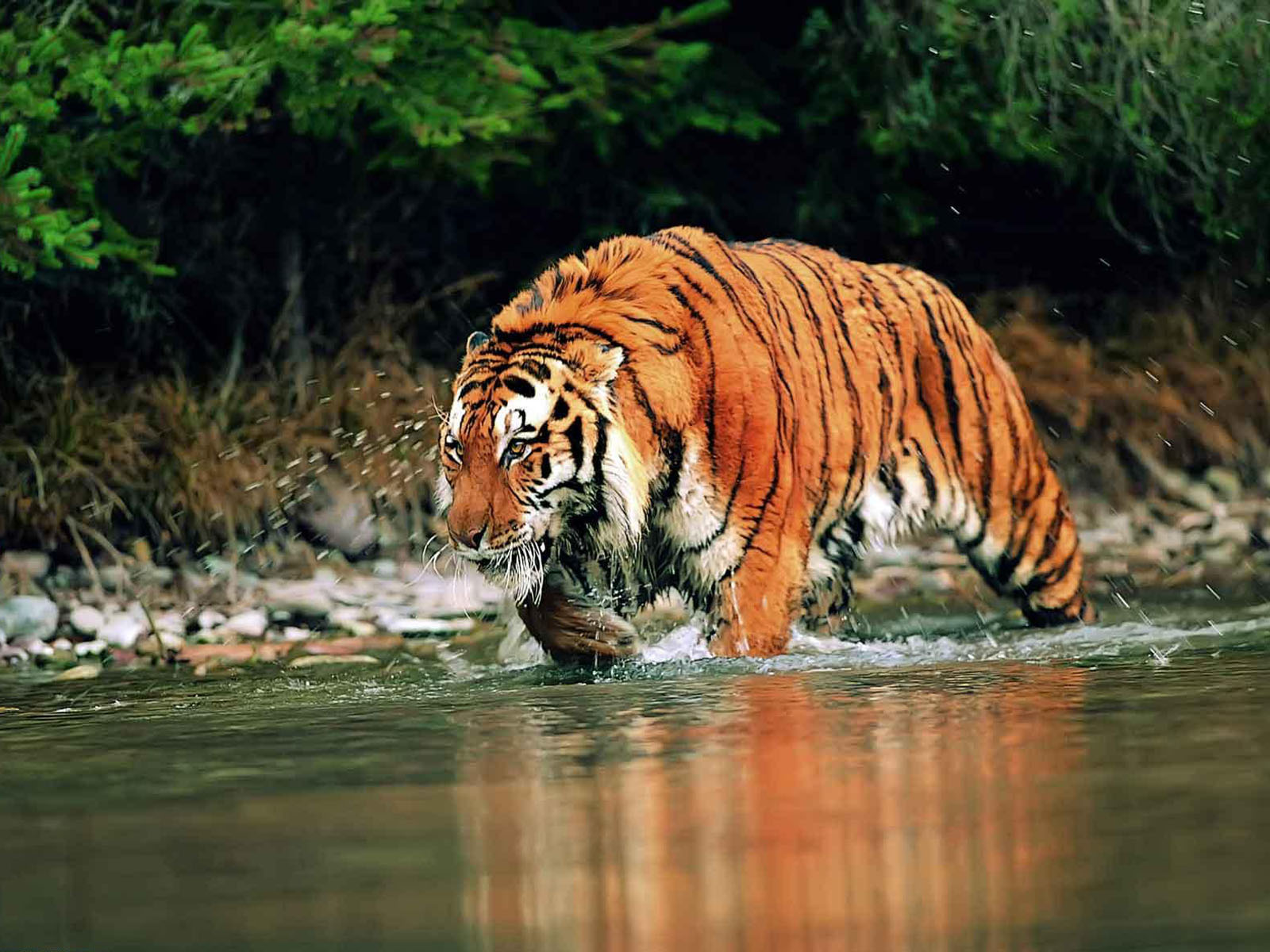