A single day in Melbourne is too short, but we had a schedule to meet. We had to get to Adelaide in two days, since on the third day we had hired a trip to Kangaroo Island, which left from there.

Another day that I get up before the alarm goes off. It has been raining all night and it continues. After waiting for my partner to wake up, we start with breakfast. After mounting everything, we took the car and headed for Adelaide but not by the shortest route, but by the Great Ocean Road. This scenic road runs along the coast between Torquay and Warrnambool, and is one of the most outstanding tourist attractions in Australia.

At this point we made a small mistake. We had read that before starting the route, it was worth going through the Bellarine Peninsula. As it was on the way, we decided to go there and it turned out to be a little fiasco. It's the typical summer resort the people of Melbourne go to, because in this peninsula they have beaches and tranquility but for tourists eager for new landscapes like us, it turned out nothing of the other world.

Then we went to the Bells Beach, where there were lots of surfers waiting for their waves on a day that, at least at that time, the sea did not put much of their share. From the viewpoint we watch for a while and how the surfers try to dance on the crest of the waves. Then we pass by Anglasea, and see its golf course on the move.

The next stop on the route was the Aireys Inlet lighthouse, where we re-found the flies with our friends, which filled the area. This stop was an appetizer of the steep coast that we would see later. Another stop was Lorne. From here we went inland to visit the sheoak falls, inside a forest of eucalyptus. Here instead of pigeons what are most abundant are parrots. Here, as we had sandwiches brought from the supermarket in Melbourne, we took advantage of it to eat.

Our next stop was Kenneth River. We saw in passing a wallaby and little else. The next destination was Apollo Bay but only to buy some beers for tonight and a few provisions for dinner.

For the next stop we had to deviate from the Great Ocean Road on a road that leads to the oldest lighthouse in Australia, the Cape Otway Lighthouse. The lighthouse was already closed, but the detour allowed us to see the first koalas of our trip. We saw several, all perched on the eucalyptus eating leaves, and one of them with a baby clinging to the back. We were lucky to see them awake, because apparently these animals spend 20 hours a day sleeping.

We were also fortunate to see clearly a kookaburra, a symbolic bird of Australia. By the way, I also saw a purple pukeko. After taking a few pictures of such nice animals, we went to the main course of the route. Back on the road, we pass by Lavers Hill, where nearby is the detour to do the Melba Gully Walk. Apparently there are luminescent worms in the area that makes this place at night is spectacular.

Already in the car and seeing that it was 17:10, we decided to start and see the twelve apostles, species of rock columns that have been left in the middle of the beach when the area that linked them to the cliff eroded. There was a considerable wind, the sea was rough and it was beginning to dusk, which in our opinion gave a point of beauty to such a spectacular spot.

A little further on we stopped at the Lord Arch Gorge, named for a ship that sank there in 1878. Only 2 people survived, a boy and a girl. The story did not have an ending as romantic as it would have been if it were a Hollywood movie. We continued and stopped a little in Port Cambell, to see the beach. We followed and the following stops were the London Bridge, beautiful landscape of rocks.

A path descends to the bridge that makes the grotto, where beautiful photographs come out. We see the Bay of Islands which is something similar to the 12 apostles, but with its own personality. We head to Warrnambool city where there is logans beach, for the observation of whales. We arrived by the hair. As it was almost dusk, the light was not ideal, but we could still see some whales with their young, which made us very excited, but as there was little light, the photographs did not come out well.

And this is where we realized our little mistake. We had spent a lot of time in the morning on the Bellarine peninsula. Since we wanted to get to Adelaide the next day, we had no choice but to end the Great Ocean Road. So, we started going miles without stopping, and that's when we saw the first kangaroos. At that moment we realized that the typical yellow sign with a kangaroo is not something exotic for tourists to take photos of. It is a real sign that on that stretch of road there is danger of encountering kangaroos crossing the road.

We crossed two far enough to not endanger our safety or that of the animal, although with the second we had to step on the brake. It seems that at dawn and dusk it is when they get the most to cross the road and more accidents occur. We got to sleep at Mount Gambier. Although this small city is outside of all tourist routes, it would be worthwhile to incorporate it.

It is located next to a crater of an extinct volcano that is full of water. It is known by the name of Blue Lake because of the incredibly blue color of the water. For its part, the city is full of caves. There are four types of caves. Some have converted them into gardens, others offer visits for all audiences. The third are suitable only for speleologists and the last ones are only for underwater spelunkers. We had to settle for a cave-garden, but we would have liked to visit some of the suitable for all audiences.

We go to our lodging. The room is large and more than functional. The rest of the night is as usual. We take a shower, dinner and watch a tv series, all accompanied by a rain and cold that seems not want to abandon us. 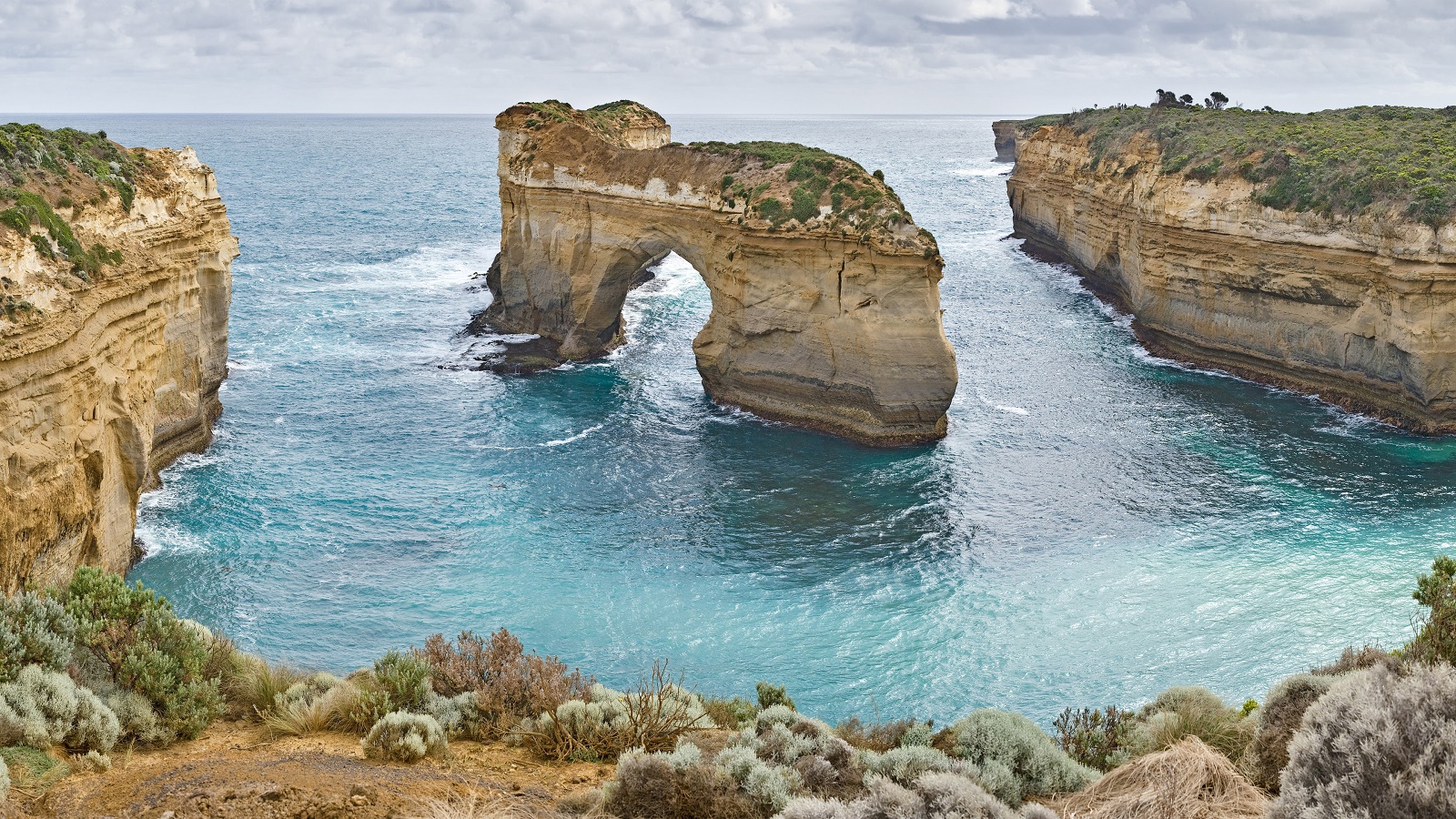