For a long time, I was very attracted to see this Italian city. And since I now have more time, I set out on a solo trip to Florence. There is the Florence syndrome or Stendhal that is said to cause increased heart rate, sweating, blurred vision or stress. These are some of the sensations when a sensitive person is exposed to an overdose of art. Will that happen to me in Florence?

Preparing the trip was not a problem. It's something I love. What I was not so sure of was whether I was going to enjoy the trip alone. But Florence is a city full of tourists, and perhaps that in no time I felt alone. I find more about them in the official pages, travel guides and tourism websites that are usually not updated. 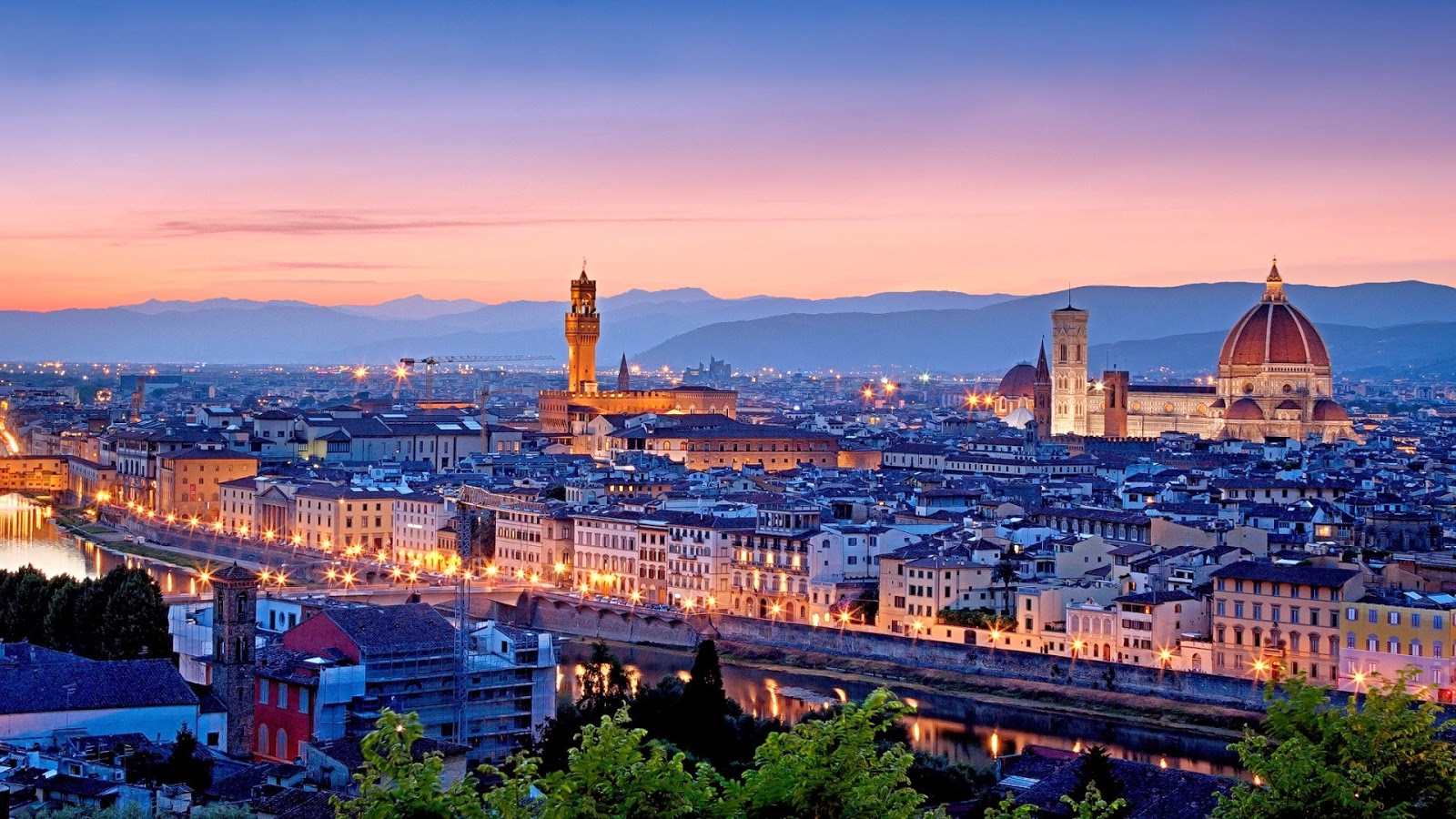 I had left Rome behind and spent two hours quickly while I read and slept at times until something woke me up. I started to feel the contact of the wheels with the iron. It was a sign that the train was holding back. When suddenly in the speakers was announced - last station Firenze Santa Maria Novella- I had arrived in Florence!

This time I had to be attentive because no friend would wait for me, nor would I have a lifesaver as I had it in Rome. I did not speak any Italian but the first thing I did was ask for a map to sit quietly to find the address of the hostel where I would stay. It was very close to the train station so it would not be difficult to locate it. I took the tram to the lodging.

I walked for a few minutes and found the hostel. The gentlemen at the reception were a charming Italian couple. They immediately gave me many tips and recommended me a tour on the next day. I hesitated to accept it because I still had to visit three more small cities in a single day.

I started walking through its streets and quickly fell in love with it. And how not to be? Florence is known as the nucleus where the artistic movement called Renaissance originated. This city is the cradle of art and architecture. I can breathe art everywhere and I was in my glory. First thing I went was to the Mercato Centrale to see the bustle of its activity, but I thought it was too touristy.

I see the Santa Maria Novella church with its fabulous frescoes, which really impressed me. Then I wandered through the stately Via Tornabuoni, one of the best places to stroll through the medieval mansions that surround it.

Getting lost on a small street and suddenly turning around to see the Florence Cathedral dome was one of the happiest feelings I had on this trip. Florence has a light that few cities have. A natural light of caramel color that is at all times have a unique beauty. It comes to dye the city in an orange color, transmitting warmth at all times.

I decided to close my map and walk without more fear. It was a strange sensation because I felt I had been there before. And maybe everyone felt it. While walking I saw many foreigners enjoy the moment and lie down to feel the warmth of that I speak so much touching their faces.

After wandering around the medieval center of Florence I arrived at the monumental Piazza Della Signoria. Here I began to soak up the art that exuded in the city everywhere. I decided to enter Accademia Gallery, one of the few art museums I visited in Florence. I admire closely the sculpture of David by Michelangelo and Leonardo da Vinci and other artistic works that were a delight at all times. Although the city itself is a museum because I find sculptures everywhere.

Although one of the memories I have most recorded was when I looked out on the banks of the Arno River and saw the Ponte Vecchio. I cross this oldest stone bridge in Europe, which Hitler himself had given the order not to destroy. While I was walking with my second Italian ice cream in hand, I saw all the jewelry stalls that are currently on display. It is as if a jewel had several jewels inside.

I went up to Piazzale Michelangelo, the most famous viewpoint in the city. When I went down and was about to enter the Boboli Gardens, a strong summer rain surprise me. I took refuge in a house, where it's kind owner let me sit. I chat for a long time with him and his family.

Then I went quickly to see the Santa Croce church. I knew that it would close soon. Once again I was enraptured admiring its frescoes and other works of art. In the square is a monument of Dante Alighieri, whose home is located in the old town of the city. And with that, the day came to an end, which really touched me.

Finally, I went back to Piazza Della Signoria to see the magnificent Palazzo Vecchio. I liked it very much for its lavish halls and its rooms full of art. And with that, the day came to an end, which really touched me.

That night I decided to make myself a little bit cheeky. I went to eat at a restaurant, where they served me an exquisite pizza with that skinny dough that I like so much. It fills my mouth with water just thinking about it. It was accompanied by a delicious red wine and was the perfect close to the wonderful day I had.

That night I had to go to bed early because the next day I had to get up early for the tour to Venice.