I had the pleasure of getting to see this beautiful little city in South Australia called Adelaide. Adelaide is the fifth largest city in Australia after Sydney, Melbourne, Brisbane and Perth with a population of more than one million inhabitants. Honestly I do not know where they hid during my stay. With a very neat and simple urban design, it is difficult to get lost in Adelaide since there are few diagonals.

We arrived in Adelaide around 12 in the morning. The welcome to Adelaide was, how to say, icy and, to say the least, special! At the airport we took a shuttle. I do not remember the price but it was worth it for not carrying the suitcases and what a taxi would cost us. We booked at the airport Information desk. We decide to go looking for a series of backpacker hostels in Adelaide that seem close to each other.

As we arrived exhausted from the trip we decided to stay a night in Adelaide to start well rested what we had ahead. We find only one, which happens to be the least expensive of all according to the information in the Internet. We ask if it is possible to pay tomorrow because we have no money with us yet. The gentleman finally accepted in exchange for our identity papers. We discover then a room of 6 beds.

It looks like we're in a kind of old shopping mall. The rooms are the size of shopping malls and the front door has a glass door covered with large sheets so that passers-by do not see us. It's a special concept! We find an American lady with a sweet alcoholic smell and excited to see us in her room. She introduces some residents who are all with their beer on the mini terrace.

We will understand later that some are permanent residents and potentially permanent consumers of alcohol and other drugs. After settling down, we went for a walk around the city. There is not much to see in it, really, but it is quite peculiar. The buildings are quite different from each other, in terms of construction time and styles.

We start with a stroll around the Adelaide Oval stadium, St Peter's Cathedral, and the river. Passing from one neighborhood to another, I cross parks and other landscaped areas as much for walkers as for cyclists and give this cultural ride bucolic accents. From the heights of the city covered with Edwardian-style residential houses, I cross the Riverbank Precinct to the South Australian Museum.

It was really good with a space dedicated to Aboriginal culture and people. I learn the history of the aborigines of course, especially the Kaurna who lived on the land of Adelaide, but also Europeans from all over who settled here for 150 years. It is sometimes forgotten but Adelaide was the starting point for many explorers and other anthropologists who set out to discover the center of the country.

From the Tiwi totems to the boomerangs of the red center, those who came back alive from these expeditions brought back some exceptional pieces. Other objects come from more recent collections, such as a sumptuous series of painted shields from the Walpiri community.

Among the Warakurna paintings exhibited during my visit, I discovered paintings denouncing the colonization or the expropriation of land to exploit the mineral resources, but also a match of Australian rules football or landscapes painted from photos taken from a helicopter.

The traditional Aboriginal art often shows a landscape seen from the sky but this representation is imagined and focuses on the sacred places, the water points and the passage of animals to hunt. The South Australian Museum is stuck to the State Library of South Australia, which is itself right next to the Art Gallery.

The Art Gallery brings together everything (a bit too much) from Aboriginal art to contemporary Australian art, to international art from all periods. A play about the Nazi regime rubs shoulders with a strange Russian video about themes of mythology, birth, futuristic version. There are also temporary exhibitions.

Going up the street, we went to Botanic Garden where the walk is nice (nothing more). In the middle of the afternoon, we walked along the river. We decided to rent bicycles for free. So we left from the zoo to Henley Beach.

Henley Beach was one of Adelaide's beautiful surprises. I honestly went without knowing if the beaches in this area were visitable. I simply googled the term Best Beaches in Adelaide and here came out this beach. I had been told it was not very pretty, but curiosity killed the cat and this time it rewarded me greatly. We arrive at the edge of Adelaide at the end of the day and we settle on the seafront in Glenelg.

We picked up the rental car to go to Kangaroo Island the next day. They let us leave it in the parking lot until the next morning without charging us anything. At the hostel we would have to pay to park it. I head to the covered Queen Central Market, the largest indoor market in the southern hemisphere and a must-see place to discover local flavors.

In front of the market, we were on Victoria Square where an event was organized. A little further up, we strolled on the Rundle Mall, a long shopping street with many shops.

We see restaurants and bars in Rundle Street. We just have to do some shopping at the supermarket to be able to make the meal tonight. The store offers discounted prices on products whose expiration is near or already exceeded sometimes. Water is more expensive than coca or lemonade or some juice! We go on a last night walk to finish this nice day and close our Adelaide tour. 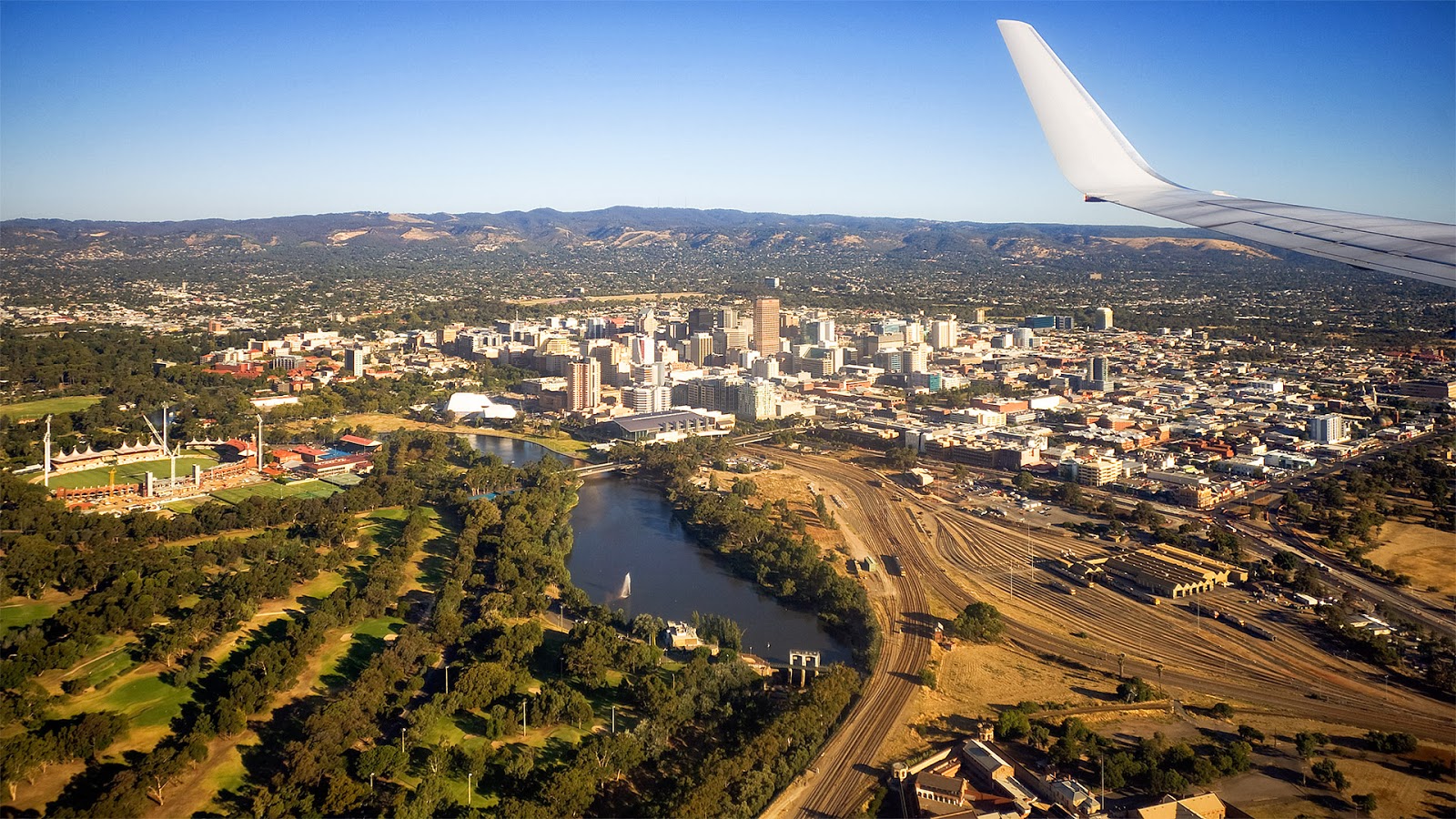