Summer is coming and with it comes the time of vacation for many of us. It's a few things that we can only say about Lisbon, one of the most beautiful cities we have ever visited. Lisbon not has life within the city but also in its surroundings. So we wanted to get out of the city and enjoy the weather to give us a day at the beach and a bit of idleness.

So we naturally went to Cascais, a city less than an hour from the Portuguese capital. We relaxed, we tanned, but not only, since we went to the famous Boca do Inferno. That day, we noticed that it was going to be particularly beautiful. So we decided to really play it by leaving Lisbon, and going to the sea, with all the cliches that it includes. There is the beach, ice cream, sunbathing and sunscreen.

This coast has other charms that leave excellent memories! We had come nine years earlier and we only dreamed of returning. These were our first sea baths in the tropics, and our first nights in a cabin open to winds. It was our first naps in hammocks laid under the coconut trees, and our first candlelit dinners with feet in the sand that is still hot.

It must be said that when I go on a trip, I rarely go for beach holidays and idleness. I always want to discover, see, understand, so I prefer hikes and treks. But with the sun and the postcard side of Cascais in mind, and that this rather touristy city is not far from Lisbon, we wanted to enjoy, to take the time, to feel the sand and the sea under our feet.

So we went to Cais do Sodre, the Lisbon train station from where we can take the train to go to the holidays. And the advantage of Portugal is that nothing is ever far, not even the pretty beach and the sun. So after 40 minutes, we have the coast, the sand and the smell of iodine.

The city is not very big. After barely crossing two small streets we found our beach. It is a beach not very big, which seemed already quite popular with locals when we were in the early morning. A bit like Belem, it seems that we were not the only ones to have this idea of pleasure. Yet we go on our foot.

The water was transparent, almost blue turquoise and the beach surrounded by cliffs in full bloom, thanks to the spring season. It is a pretty incredible decor, just half an hour from Lisbon. One more positive point to add to the Portuguese capital. Beyond the sunbathing and idleness, it was necessary to take a ride in the city center, just to stroll and take the temperature of Cascais.

The center is rather cute, although we quickly feel that here everything is meant for the tourist from the restaurants to shops. Yet, just a few blocks away, we discovered small streets with the lilac running on the walls, bees foraging and the smell of flowers enveloping us. A little air of Greek island, less wild cats.

The attraction in the area is the Boco do Inferno, a name strange enough to make us want to see what it is. The path is very well indicated. It was only along the coast for about ten minutes to get there. And apparently, it's not just us who appreciate the area and its landscapes. All along the road is lined with luxury houses (which could be safely called villas or even areas). 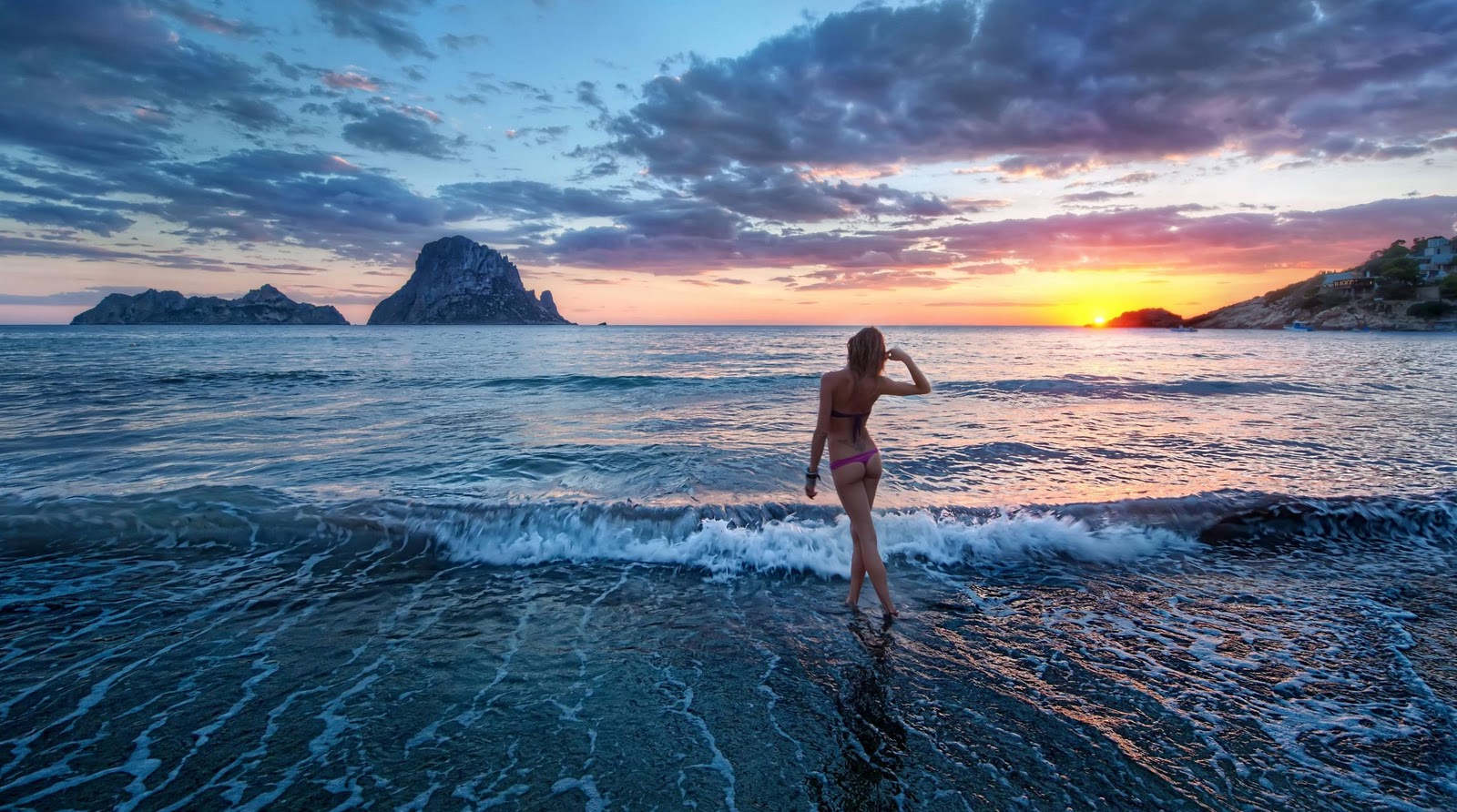 And as if to remove any doubt from the lifestyle of the people who live in the area, there is even a marina where people can quietly leave their yacht in the water. Arriving at the famous Boca do Inferno, we finally understood that we were dealing here with a huge cliff dug by the sea in which today rushes the waves.

The waves of the so-called peaceful coast are much more powerful. And yet, this coast has other charms that leave excellent memories! The place is really pretty, flower and wild, but obviously much less terrifying than its name would like us to believe.

Moreover, we found surprises a few meters further by advancing on the rocks. There too we see a mouth, but smaller, and at the same time more impressive. Here the waves really rush and it comes out of this strange geological formation an impressive cloud of water, so powerful that it is reminiscent of a dragon.

We sat there for long minutes watching this strange sight, which we had never seen anywhere else. On the way back, we came across a great botanical garden, Parque Marechal Carmona, much better than Lisbon but free. And amazingly, there were peacocks in this park everywhere. So at first I was surprised. I take photos.

And since we had not forgotten why we had come, we ended the day as we had started. We stroll in the sun with our feet in the sand. And again, we feel good. We have already visited a few nudist beaches but here, the atmosphere seems a little strange. Most of the walkers are single men, who walk without a smile.

At the end of the afternoon, the atmosphere changes. Just above this beach, a bar on the ledge claims to have the most beautiful view for the sunset. We expect to arrive in a tourist trap, but not at all, we are alone on a beautiful terrace. The manager is adorable and his girl joins us, chatty and funny.

It's beautiful, and almost poetic until an elderly couple arrives and embarks on a long photo shoot, with suggestive poses galore. As they immortalize the moon, we try to focus on the sun. We go to a pub on a pretty wooden pontoon for a perfect casual dinner. We have a beer as the girl serves a tray of crab, prawns and lobsters with corn and sausages.