We thought about visiting some beaches of Koh Tao to snorkel, and visit Koh Nang Yuan. So said and done, we got up early, have breakfast. The breakfast buffet was fine. The bees were flying around or perched on the pineapple or some sweets or near the honey. We leave at 8 o'clock. We carry backpack with the reflex and aquatic cameras, and the snorkeling equipment and fins. As we were going to Sairee Beach they took us in an SUV.

The day came out with sun and some scattered clouds. Once there in the area of the taxis that was where they left us a main street, we went down an adjoining street and all the way to the beach. Around there in the background we can see the sign of taxi boat. In any case there was more. It was so soon that it was empty and above the tide was super low and the beach was super wide, and that if too long.

Once boarded we take out the umbrellas so that we did not burn in the sun that began to get very strong already at that time of the morning. And so we go on to Mango Bay. With considerable waves and a few sprinkles, we reached a stable lagoon and approached all along the coast. And so we arrived at Mango Bay. We got off and took out some things like the snorkel equipment and the backpack.

We took some sun cream so as not to get burned and took some pictures of the beach. Right in front we climbed some stairs that take us to the highest point, from where we could see the whole beach, with magnificent views. It was amazing to see little houses on those cliffs in the middle of nowhere with only rocks and the sea around them.

The Mango Bay beach is fine but it is very small and the sand is like pebbles. It is a beach for snorkeling or diving. It is super clean with clear water, and transparent with great visibility. Just down where our boat was there is a small dock. From there, it goes down very well directly to the water to snorkel.

After taking the pictures we put the snorkel equipment on the fins and everything. We threw ourselves to investigate the area and surroundings and see how much snorkeling there was. The lord of the taxi set out to fish with the same boat and another from another boat. It was incredible as they fished with rope and a simple fishhook, and catch huge pieces like a rather large marlin that our taxi driver took.

The visibility was incredible. The water was very clean and transparent. There was a lot of life down there, with all kinds of colorful fish, sea urchins. The only thing lacking was some turtle or shark. We went down the pier, and went snorkeling in the middle and sides.

This school of fish was nothing compared to what was under the dock. After a while we took off the snorkel gear. This time we went out on the beach, and we dried a bit and went back to the boat. The snorkel was very good, and we liked it a lot. And so we headed towards Koh Nang Yuan since it was not far from Mango bay.

We arrived at the wharf, and got out of the boat. We crossed the piers of the dock and arrived at the entrance. There they tell us that it is forbidden to enter with the fins and to leave them there so as not to break and damage the coral.

We move forward and we see the place, the magnificent beaches. On the other side the Japanese Garden is in an incredible and beautiful lagoon. We left the things in a hammock with umbrella. In the morning there were few people but as the time went by more and more people came. It is true that the vast majority was for excursions and in groups.

To me the truth is that it did not bother me a lot that there was something overcrowding, as there was plenty of space and it was not that bad either. Well, after leaving things and taking some pictures around, we followed the direction of the View point to go to the top and take a picture from above. So we follow the directions and cross and go through wooden footbridges in not very good condition.

The thing seemed like it was going to improve, but not. After climbing a lot of stairs and steeper and steeper, the road and the stairs ended and the worst came the rocks and the climbing. Although it is true that the marine park was even worse, but the last section here was not nice.

And finally we reach the top, to a huge stone from which we could see the whole island. It was worth it. I only know that we went down with a tiredness and a heat and a sweat over that we went straight to the water. The water was super clean and clear. After a few baths we went to eat at a restaurant nearby. We have some pizzas and some drinks that we had to gather strength to have a long snorkel time.

On the other side, we go to the Japanese Garden, the lagoon to snorkel. It is beautiful and is great, well cared for, with the perfect corals, a lot of starfish variety. The only thing we did not see is the sharks and turtles. The coral was very beautiful and there was an amazing visibility.

My partner left before me. I still had more time. And so after drying myself, and taking things, we went out and took the fins at the entrance and went to see if the gentleman was in the boat. In the end we rode in one that our taxi driver told us. The boat fills, and so we go on to Sairee Beach.

We arrived at the beach. We all got off the boat and it is nothing like I told you before. While in the morning the beach was empty and super wide at low tide but now that it was super narrow, overcrowded. There are many bars and booths, with lots of young people and a lot of activity.

Well after a while we decided to return to where the taxi stop. We did not take another because nobody was going to take it and we had no other way to go to Mae Haad. The trip was short.

In Mae Haad we had a good time waiting. In the end we get tired and took a taxi with another couple who was also waiting and we went to our hotel and so the taxi cost us a lot less. Once we arrived we asked for explanations about the transfer in reception. We go to rest as the next day it was time to go to Koh Samui. 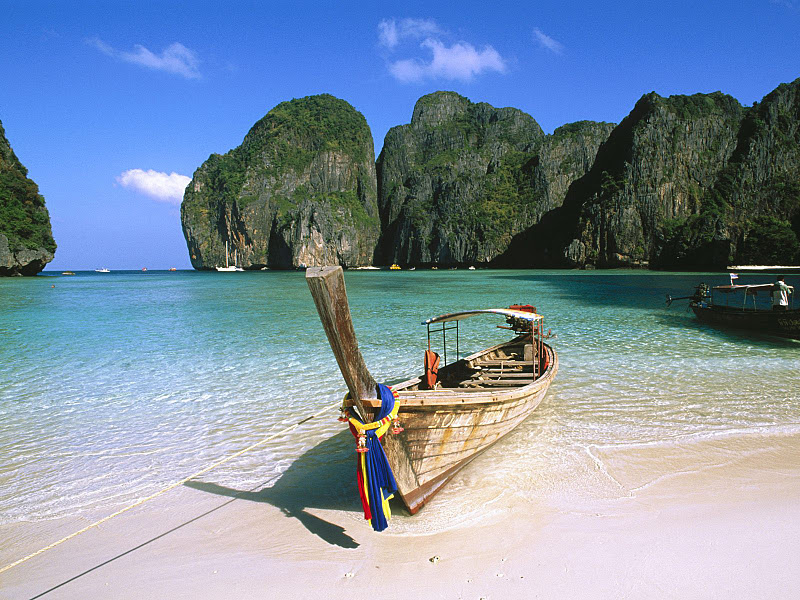