At 9 in the morning we left home. There are several ways to get to Monaco by car from Nice. And the one we take, is by the road that goes up to the Nice observatory. Although the Principality is currently divided into 10 neighborhoods, we can identify its different regions by attending the three historic districts: Monaco, La Condamine and Monte Carlo.

The first is the old city, and it is located on a mountain known as La Roca. In this area is the palace. The second is the port area. And the third district, is where the main hotels and the famous Monte Carlo Casino are located. We see the Stade Louis II. In it we can see both flags of Monaco and South Africa, and it was just three days before that Prince Albert of Monaco had married Charlene Wittstock, country where she is native.

We arrived at Monaco the second smallest country in the world after The Vatican around 1 pm. We already see that there is a lot of traffic. We go on a tour through the center and decided to leave it in a central parking lot, exactly inside the Le Metropole shopping center, all luxury and glamor. We entered a shoe store that cut the hiccups. I looked at the price in several and I had to take pictures.

We went to the street that was already hot and we go through some gardens that are just in front to go more cool. From here we get to a viewpoint with beautiful views of the entire city and the bay. With Adam and Eve, we see the sculpture of Reina Mariana.

We arrived at the famous casino, but before we take some pictures in the surroundings where we started to see luxury sports cars. I tried to enter the casino but it was closed, so we can only observe the Casino from the square, where the Hotel and Cafe de Paris is also located. At the door of the Casino we can see all kinds of luxury cars. And that's where everyone is photographing them.

Next to this fountain was an ice cream stand. From here we go straight down to the port (this time the main one) along the road, from where we can observe the luxurious yachts moored.

Just at the end of the hill through which we descend we see the first sign of the Formula 1 circuit, one of the white and red curbs located in the curves, in front of a statue in honor of the first winner in this circuit. The famous curve of the Grand Hotel impresses us and we imagine the cars go by at full speed. There we saw some more sports cars that left a hotel next door.

We continue crossing the port, but we enter through one of the streets on the left, where the Ferrari store is located. There are several cars of the brand that are permanently parked on the street, next to a piece of Dodge Challenger that I fell in love with. After pictures of wheels, mirrors, motors, interiors and everything that can be photographed, we started looking for a place to eat.

We opted for the restaurants on the harbor promenade, since they were not excessively expensive but we wanted pizza and they were frozen and preheated. So luckily we see a small stand next to a supermarket, right there, in the port, and we we opted for it. We eat the frozen pizza sitting in front of the yachts, to which many people look at us with a mixture of strange and envy. But it's what it touches.

We went through a small port, and passed by a shopping center, the philately museum and the private collection of classic cars of Prince Rainier to start the great climb to La Roca. We see good views of the main port of the city and the casino in the background while we climb the stairs, but they seem never to end.

We go to see the palace where the Grimaldi royal family lives. We enter another parking lot near the Jardin Animalier de Monaco. We go to a carrefour where there is the zone to buy food and drink. We take a walk by the environs and we take some photos.

We go to the staircase that goes up to the palace. It is quite wide and steep, but we climb and we see tremendous views. Before entering the fortress we find on the left a life size sculpture of the Rainier III, Prince of Monaco.

Inside, the first thing we see is a sculpture by Francois Grimaldi and a large square with cannons, bullets, cars (I imagine that of the workers) and few people. I was going to get close to the sentry box to take a picture with the guard and he quickly told me not to advance further. The other guard left the sentry box and began to show off before us.

We go to the Oceanographic Museum. I did not plan to enter because it is a bit expensive. I had read that it was one of the most important and beautiful in the world. We start with aquariums full of fish, corals, jellyfish, sharks. We went up to the other floor to see the skeletons of other species and stuffed animals.

I went up to the bathrooms that are on the roof with a divine viewpoint. In the square next to the museum we can see one of the submarines with which Jacques Cousteau (who was director of the museum for several years) made his dives, and although we cannot ride, we can see the devices that compose it. Next to the museum is the Saint Martin Garden.

We reached the end of the mountain, in the part farthest from the palace, and we found a sculpture in the form of a photo frame, leaving the port and the part of the Casino in the background. The only downside is that there is a piece of palm tree in the middle, and it bothers a bit the photo.

We go to the parking lot. We have seen practically the most emblematic places of Monaco. We left Monaco and headed towards Nice. A few kilometers we stop at the town of Eze. We had a drink on a terrace in the lower part of the town and went back to Nice. It was 8 in the evening and we received a call to go out for a drink that night, to a nearby town, Saint Laurent du Var, where there are several pubs open late.

And finally we got home. It had been a long day. Tomorrow we wanted to go see Nice. Everything will depend on when we wake up. 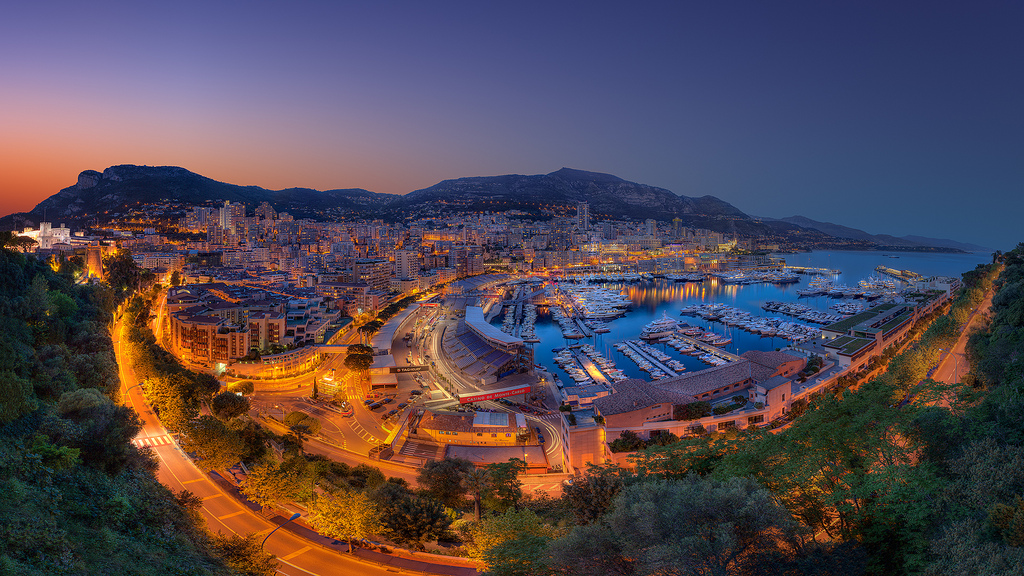