Mardi Gras in New Orleans is an event that makes people dream and brings crowds from all over the globe. For me, it was the excuse for my trip to Louisiana. After a week-long road trip through Pelican State, the long-awaited moment had finally arrived. You have two options for Mardi Gras in Louisiana. Either you attend the Mardi Gras in the countryside or you go to the party "in town" in New Orleans. For my first year, I chose the second option. Be ready for all the extravagances!

The day before Mardi Gras, we witnessed the arrival of King Rex. If I understood correctly, the people who paraded were originally part of secret societies (the Ku Klux Klan was one of them). That's why many still hide their faces. The names of the king and queen are kept secret until they reveal themselves to the people and the Mayor hands the keys of the city to Rex.

Rex and people close to Rex are notables in the city, which makes them "triple" for being aristocrats for a few days. A ball worthy of the Queen of England is organized with the elite of the city the same evening. We even saw a firework display! Everyone was ready. The parents had made stools for their children. It allows them both to see despite the crowd of adults and to catch the necklaces more easily.

The next day, everyone was ready to start again at 8am! That's when leaving our friends' home, we came across Mardi Gras Indians. These people weave, sew and embroider all year long their costume and are supposed to burn it for Ash Wednesday. Their story is very interesting but there are many. Here is the one I selected. They say they are Indians because most have Métis descendants Indians/African-Americans.

With time, they are obviously more Afro than Indians. But it is their inheritance of the time when the slaves of the French colonies could marry and make children with free Indians. Then, their children were born free (it is the mother who transmits her status of slave or free woman to her children)!

Many participants are former dealers or hooligans. By giving them this pride to create a habit themselves, some are turning away from delinquency. Now they have a competition to who will have made the most beautiful costume. After, we went to the parade of King Zulu, Rex's direct competitor. Zulu launches golden coconuts. Be careful to catch it otherwise it hurts! We really admired the horses who stayed calm despite the shouting, the flying objects, the fireworks, etc.

Finally, there is the parade of Rex. Grrrr! We learned that to be part of the launchers on a tank you had to pay $ 300 on average. For Rex, they even talk about $ 1000! So it's an investment, not to mention the costumes and maybe the meetings, etc. After Mardi Gras comes Ash Wednesday (and Lent). As many Louisianans are Catholics, we have seen people with cross-shaped ashes on their foreheads all day long. 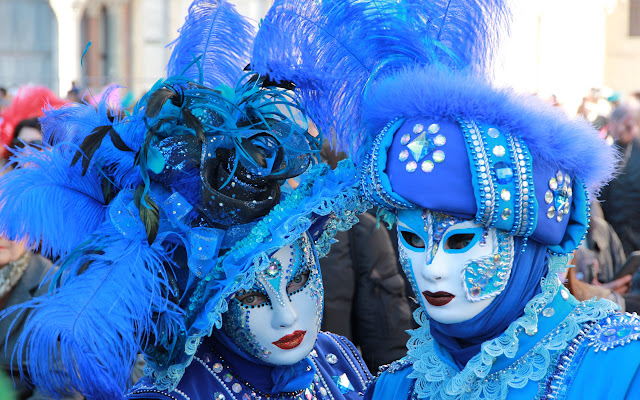 Here Mardi Gras or Fat Tuesday (very little used in Louisiana) is the culmination of the 5 weeks of the carnival that had just taken place. It is the apotheosis to mark the end of a month of celebrations, parades, throws of beads, sounds of trumpets and drums that resonate in the city, in rhythm with the tap shoes of the marching band.

For the occasion, our host during this stay in NOLA had proposed to spend the day with her. We, therefore, celebrate Mardi Gras with her and one of her best friends. After hearing our first (but really not last) 'Happy Mardi Gras!' of the day, we went a few blocks from Saint Charles Avenue (the avenue where we have already watched the Krewe of Bacchus). It is the major artery of the city and hosts the obligatory parades of Mardi Gras.

Happy Mardi Gras! Each person we meet greets us and we take the full measure of what this day represents for locals. Here is a real event, and a day to celebrate. It is an opportunity for conviviality, a day to mark a yellow stone green and purple, the colors of Mardi Gras. These three colors are present everywhere in the city and on people. The colors are declined on the flags, garlands, clothes, hats, glasses, and even on the cakes! Even dogs wear these colors! 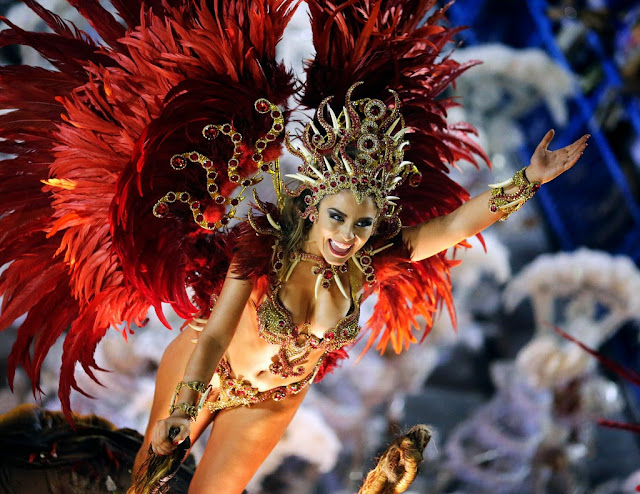 Mardi Gras and the tradition of King Cake

Because at Mardi Gras, there is a culinary tradition that is almost impossible to escape. It is the King Cake! The King Cake is also called Mardi Gras Cake. Looking on the Internet, I have the impression that there are as many recipes of King Cake. But the one we tasted was a brioche with a paste close to that of the donut. It was perfumed with orange blossom and stuffed with jam, all covered with traditional icings yellow, green and purple.

Much too sweet for my taste, this is not the best culinary memory I will keep of NOLA. But I am glad to have shared this tradition with people for whom she counts so much.

Mardi Gras and the Rex Parade

After this tasting, we set off for Saint Charles Avenue for the rest of the festivities. On the way, we cross a lot of people (Happy Mardi Gras). Some are completely disguised. Others wear copious makeup and still others, like us, carry only a few beads around the neck and a small accessory in addition.

Our guides of the day tell us anecdotes about Mardi Gras, some buildings of the district, and the masks. We live a real immersion in the universe of Mardi Gras and in the city thanks to these two women, inexhaustible on these two subjects.

We are finally in place on Saint Charles Avenue to discover Rex, the parade of Mardi Gras in the middle of an increasingly important crowd. The parade begins with the cheers of this excited crowd. The arms are stretched to catch the beads. We manage to catch some of them too, sometimes in duplicate. So we exchange them with the people around us. It's a friendly and good-natured moment (most of the time), lively, colorful, happy, and noisy.

The floats are magnificent, grandiose, and the marching bands are, as always, dressed to the nines, serious and in sync. We discover other costumes in the crowd. Our booty grows while the memory available in our cameras decreases.

The French Quarter in the colors of Mardi Gras

With the neck loaded with beads, we decided to walk towards the French Quarter to see how Mardi Gras goes there. We go up Saint-Charles Avenue, along with the parade that has been stopped for a few minutes. Even if the organization of the parades is overall quite impressive, there are sometimes small hiccups and stops more or less long. We cross floats already seen and we take the opportunity to try to catch the necklaces that are missing from our collection.

And then we arrive in the narrow grid of the Vieux Carré. The streets are less wide but the crowd, less family, is not less numerous than on the avenues. We move more slowly. We take the opportunity to observe, disguises, and behaviors. Here, an old tradition is always in place. Perched on the balconies, bait launchers wait for these young ladies to show their chest to throw the precious necklaces.

In the French Quarter, there is no parade but small shows sometimes improvised at the corner of a street. The costumes are colorful, eccentric, and sometimes daring too. The atmosphere is always happy and alive. The "Happy Mardi Gras" still fuse here and there. The King Cake's sugar is no longer effective. So we decide to go and enjoy a po'boy at the cafe so as not to get too far from the excitement of Bourbon Street and its neighbors.

We resume our ride through the colors of Mardi Gras, feathers, and beads. The first thing you will hear about New Orleans is that girls 'flash' their top to have necklaces. In fact, I did not believe it and I did not see anything like that until we went to walk on Bourbon Street. It is the street of the French Square where the party is still in full swing.

Despite the cold, some girls followed the tradition and asked the men on the balconies to throw beautiful necklaces against a breathtaking view of their chest. What was my surprise when, suddenly, I almost found myself face to face with a huge pair! It was stealthy but I did not miss the opportunity to rinse the eye! It was a really crazy atmosphere. It was totally out of touch with Puritan America we know. It's as if New Orleans was not a southern US city

Alas, women are not the only ones to show off their assets for necklaces. Men also show them proudly and some are ready to show their attributes to claim new ones! However, we did not see anything like it on Bourbon Street. Ours begin (or finish, rather) to weigh us and we decided to take a break before discovering the evening of Mardi Gras.

There is an opportunity for us to take a picture of everything we have collected in beads and accessories since our arrival. Do not worry, we did not bring everything back. We left a big part, a little reluctantly but we must admit that it was the most reasonable solution.

For our Mardi Gras party in New Orleans, we decided to go to a street club that has already caught our eye the night before. This club consists of two large rooms that welcome jazz bands but also blues and rock and offers an impressive selection of beers and cocktails. Even if we feel that some people around us begin to tire seriously (like their disguise), everyone dance, applaud and vibrate to the sound of trumpets, trombones and other instruments that accompany them.

For us, it was an opportunity to hear some live "classics". This beautiful moment of music was for us the perfect way to end this day rich in traditions, emotions and colors!