To spend a white Christmas, we started a trip to visit the beautiful Vienna in Austria. We arrived at the airport in Vienna at night, with a cold that was peeling and it snowed everywhere. We took a taxi and headed to our hotel at a little out of the center of Vienna. Fire, fir and other decorations are at the rendezvous. Everything is perfect to put me in the mood! I take the room upstairs. After having some odd problem with the room we go to sleep.

We got up early to visit Vienna, and what was our surprise. It was snowing! This made us very excited because although we had seen snowy landscapes, we had never seen snow like that. We take the tram to Schottentor. Our first visit was to the Christmas market of the city of Vienna. It is a beautiful market with wooden cabins, Christmas carols, and decorations, in which people walked in the snow having a hot punch!

Just near is the impressive building of the Vienna City Hall (Ringstrasse). It is not for nothing considered as one of the best Christmas markets not only in Vienna but throughout Europe. For 1 euro we buy a punch before continuing on the road. Next to the Ringstrasse is the Austrian Parliament, a beautiful neoclassical building. Right in front is the Hofburg Palace that has been the residence of the Habsburgs in Vienna for more than 600 years.

In the Hofburg Palace, we visited the more than recommended Museum of Sisi, which tells of the obsession with beauty and rebellion of this character. We pass through the Library, which we saw from the door since we found the price of the entry excessive. We also see the Imperial Apartments where Emperor Franz Josef and Empress Elisabeth lived. Like the museum, the visit to the imperial apartments is very interesting.

After leaving the palace we headed towards Karl Platz where we could enjoy the impressive building of the Church of San Carlos Borromeo and walk through its Christmas market. Around 3:30 pm and after having lunch at a fast food establishment, we decided to visit the Vienna Opera House. For our frustration, we could only visit it from the outside since it was closed.

Just behind the Vienna Opera house is the Karntnerstrasse, Graben and Kohlmarkt, three of Vienna's most commercial streets. All were adorned with spectacular Christmas decorations. Next to it is the incredible Vienna Cathedral (Stephansdom), right in front of a huge Christmas tree. We were able to access the cathedral for free and see its interior.

We considered climbing to its tower but it was very cold and it was snowing so we decided not to go. The tower had no windows so we could freeze! When leaving it was quite dark, although it was only 4:30 pm! The snow had soaked our shoes. We started our way back to the hotel, but not before going through the Hofburg Palace and the Austrian Parliament again.

When we arrived at the City Hall of Vienna, we were shocked with its Christmas market and lighting. That seemed like Disneyland! There were lights in all the trees in the shape of an apple, hearts, and sticks. There were small houses decorated as "chocolate houses", multicolored fountains and extraordinary lighting in the Town Hall.

We opted to make a stop in the market, considered as one of the most beautiful Christmas markets in Europe. We decided to try the punch. After this and getting soaked with Maroni (roast chestnuts), we returned to the hotel.

The second day, dawned with a radiant sun, something rare in Vienna. We set out to visit the Schonbrunn Palace, which was somewhat far from the center of Vienna since it was the summer residence of the emperors in the city. Upon arrival, we found that the palace had its own Christmas market and its own giant Christmas tree. We bought the tickets for the Imperial tour. We spent time visiting the palace gardens.

It was all snowy, not like the postcards in spring in which everything is very colorful, but that was not an impediment for us to love. The gardens have an impressive fountain and just at the end, on the top of a hill is a viewpoint. The views from there were amazing. We could see almost all of Vienna. The most entertaining was the descent of the hill since being all snowed, people slipped and had to go around various obstacles.

While it was time to enter the palace, we went to visit the Hundertwasserhaus. It is a very original and colorful building somewhat far from the center of Vienna and that reminded me of Gaudi's architecture. Just in front is a small and flirtatious shopping gallery, although a bit expensive.

Then we went to visit the Secession building. Right next to it is the Naschmarkt, Vienna's best-known market. The Naschmarkt is a market whose fruits, meats and vegetables give it a special color. Since we were there, we decided to have lunch at one of their food stalls. In the end, we return again to the Schonbrunn Palace to visit its interior.

The rooms of the Schonbrunn Palace in the Rococo style are incredibly beautiful and full of history. In the end, steeped in the history of the imperial family, we made a stop at the Christmas market of the palace to take a punch and eat some Maroni.

Already well into the night, we went to the Museumsquartier, galleries in whose inner courtyard are located fashionable venues of Vienna. Upon arrival, we have a small disappointment since these premises were nothing more than tents mounted in which people crowded for a drink.

After having a drink, we left Museumsquartier, but not before stopping at their Christmas market to eat again Maronis. We then go back to the hotel. 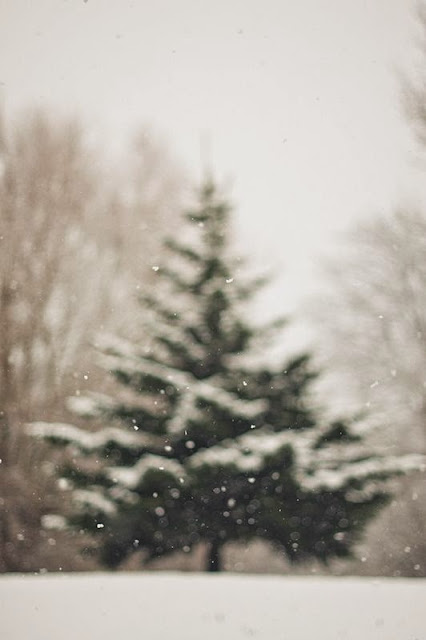 Last day in Vienna, we left the hotel very early to visit the Belvedere Palace, the summer residence of Prince Eugene of Savoy. There is a tremendous cold as the temperature reach 11 degrees below zero! Upon reaching the palace we find a majestic exterior. It is, without a doubt, one of the most beautiful palaces in Europe. Inside it was "The Kiss" by Gustav Klimt. However, due to the fact that said interior had no greater interest than that of the exposed work, and that the price was excessively high, we chose not to enter.

After admiring some snowmen that were in the palace gardens (including a Doraemon), we headed to the center to see the Anchor Clock or Ankeruhr. There it seemed that they were going to ring the bells at the end of the year. There were enough people waiting for the spectacle of the clock. When the happy show began we were left to take pictures!

After the disappointment of the clock, and ice cold weather, we go to a well-known chain of cafes to be able to warm up. When we left, walking for a while, we happened to visit the Imperial Crypt. After thinking about it we did not enter due to the lack of interest that awakened us and that was not among our plans.

Again we took the subway to go to the Prater, the oldest amusement park in Vienna and in Europe. Due to the time of year, almost all the attractions were closed, except its famous Ferris wheel which is one of the symbols of Vienna. This wheel, managed to survive even the bombing of the World War II, although that, was very damaged. For a few euros, we climbed the Ferris wheel and we could enjoy stunning views of Vienna at Christmas and snowfall.

We concluded the day again visiting the shopping streets of downtown Vienna and the City Hall market. Here we could enjoy our last punch and of course our last maroni. Then we returned to the hotel because the next day we have the flight very early.

In short, Vienna is an Imperial city that is worth visiting to soak up history. Despite the cold, I would not change the date of my visit since the beauty of this extraordinary city, in December is joined by the white Christmas spirit of its streets, markets and people.