We wanted to take a little break in December and have chosen a destination that promises warmer temperatures even in winter. Tel Aviv is the second largest city in Israel and is located directly on the Mediterranean coast. Our expectations were really exceeded not only in terms of the weather. We had read and heard a lot in advance about the city that never sleeps, but Tel Aviv definitely offers more than just party and highlife.

Each quarter has something special for itself in individually furnished cafe and restaurants. It is easy to get into conversation with people. They are very helpful and speak almost all English. And of course, the best the white city has to offer is Tayelet, the long beach promenade.

We had a direct flight, which we had booked together with our hotel. Meanwhile, even cheaper airlines fly for a third of the price to Ben Gurion International Airport. The pre-entry checks are intense and take time. After coming out of the airport, we drove this time with a very official driver in the city on the Mediterranean. With a warm shawarma in hand we walked in sweater from Allenby Road along the beach towards Jaffa.

Jaffa is the oldest part of the twin city of Tel Aviv. Both cities were united only in 1950, with Jaffa today still likes to be referred to as the Arab quarter of Tel Aviv. There, in turn, was the apartment for our stay. Our accommodation was a small boutique hotel in the center of Tel-Aviv, just a 2-minute walk from the beach. The rooms were very clean and modern.

My first way on vacation is always directly to the sea. The highest feeling for me is still to breathe in a fresh sea breeze and put my feet in the sand. When the sun is shining on my head, my feelings dance Lambada. Since we were in Tel Aviv during the Israeli winter and 20 degrees are already cold for the Israelis, relatively few people are frolicking on the beach.

To our delight, we had small sections for ourselves time and again. We could sip iced coffee, read a book and listen to the sound of the sea! The almost 5 km long Tayelet Promenade stretches from the north to the very south to Jaffa. We walked along it, always looking in the direction of the horizon.

A few blocks of concrete, in which well-known hotels have settled, are right across the street, but not exactly the most beautiful sight. But the promenade still delights walkers, joggers, cyclists and dog owners alike. Along the promenade there are also several cafes and restaurants right on the beach, which provide for the physical well-being.

While our brains were already fully poled on New Year's Eve and Christmas we felt the mild temperatures months ago. Tel Aviv has some magical and delightful corners. The old town of Jaffa in the south with its picturesque streets has a very special flair. In between are a number of historic buildings, one of the oldest ports in the world, cute shops, the street flea market full of antiques and lots of urban sidewalk cafes and bars.

We were amazed when Jaffa greeted us with a sparkling Christmas tree. The cultural mix made perfect that the Jewish holiday Hanukkah is celebrated according to Jewish calendar this time between 25 December and 1 January. Hanukkah is an eight-day festival of lights in honor of the re-inauguration of the second Jewish temple in Jerusalem.

Therefore, in front of the Christmas tree in Jaffa, there was also a large, eight-armed Hanukkah lamp, with a candle lit on each of the eight days of the Hanukkah festival. The landmark right in the center is the three-story Clock Tower. Around the Ottoman building, the dealers sell souvenirs for tourists, but not two minutes walk away we find the legendary street flea market around the Rehov Yefet.

As we continue up the roads, we come to Kikar Kedumim. The central square offers an excellent view of the coastline. We can see the tower of Saint Peter Church sticking out from all directions. Below the square is the small fishing port Namal Yafo. There is a refreshing lightness here, and a walk along the promenade takes us past a few restaurants, catamaran schools and the lighthouse.

After tracking down my friend in the cozy bar, we were in the process of sipping our glass of red wine for the first time. We turned around and saw a bar waitress lighting the sixth candle on a small Hanukkah chandelier. She handed each guest a little donut in the festively decorated bar. There was mushroom soup, Lebanese cheese and all sorts of small snacks on a mixed plate.

Our evening end quite secular contrary to the first impressions. After an Israeli beer at the Main Bazar, we drove straight to Rothschild Boulevard, where we were to immerse ourselves in the nightlife of Tel Aviv. There was a end of the year party that night, so we treated ourselves to the bar.

Before stocking up on New Year's Eve alcoholic drinks, we had a plate of cholent on Sheinkin Street in the city center. The stew is typically served for shabbat and, admittedly, tastes as good as it looks. Since no work is allowed to be done on Shabbat, the stew is brought to boil on Friday afternoon and cooked until Saturday noon. That's how it tastes, but at least it respects the tradition. 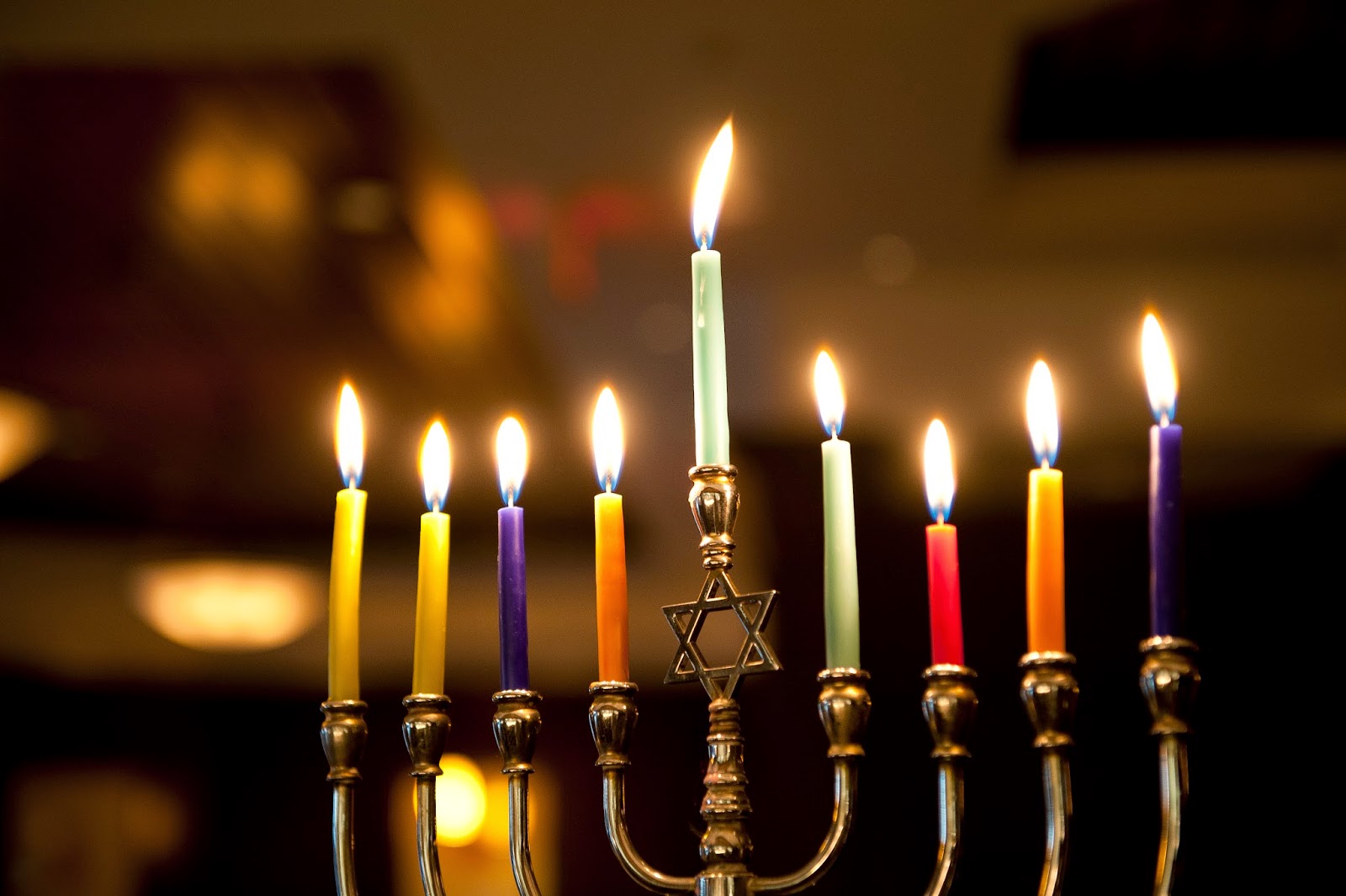