Thinking about friendship day and the friends that I cherish always seems ideal. We always would have difficulty coming to agreement on the program because everyone has a different idea. While Abhi wants a romantic evening in a tavern, Rohan wants to explore the streets of the places that we go and Ruhi wants to just have dinner in the room, while watching TV, I always found myself at the crossroads as it was impossible for me to choose.

I would spend my days in between the three of them and every day it would just begin over and over again. There would be times when we would spend weekends at each others place and I would console Rohan thinking about his ex, while Ruhi feel jealous as she sees her boyfriend talking with other girls. And as I would pass the evenings consoling them, Abhi would throw tantrums for refusing to go to the disco.

A house with four people inevitably gets dirty quickly and in the kitchen piled up the dirty dishes. When we lived together we set the rules. Everyone did a little as they liked and sometimes Ruhi would not be eager to clean the house. We would fight and ultimately she would take the broom with a grudge.

Yes, there were times when the three of us would spend our days in quiet hills, idyllic meadows, wild jungles and sunny beaches, and then a weekend just partying around for whole nights. Those times have really been like a dream. When Abhi would invite the whole group to go somewhere for two weeks, we would accept even without thinking twice and would discover the name of the place only after landing there.

Sometimes we would throng the valleys of Ladakh as we find our stay rooms located in the middle of nowhere and on times, we visited beaches of Goa where on arrival we would find the fridge is full. We would start roaming around on old bikes, as we head to the bars under the palm trees. 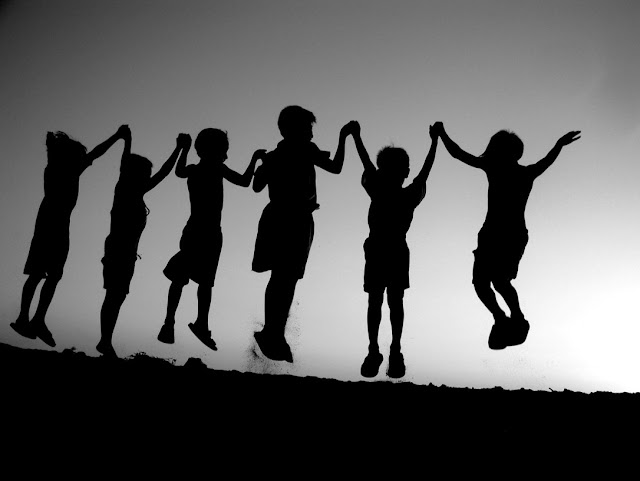 Falling in Love on Vacation

We cannot blame anything, as we have the impression of losing ourselves in time with mornings at the beaches of Goa, afternoons in the pool and the nights in the disco as our program was perfect. Everything was going on wonderfully until Ruhi falls for a guy. When she asks us to leave the room for the night, no problem, we get to the disco to have fun. It goes well until the next day, when the guy, Vinny, spends the whole day with us.

Ruhi was happy, but not us, as the intruder messes up our plans. After the third dinner with him, we explain to Ruhi that Vinny cannot impose his presence on us. Ruhi retaliates and to choose between us and him, she goes off and we do not see her for six months. Eventually, yes, Ruhi gets deluded with Vinny soon and when she came back to us we welcomed her with open arms.

The Rules of Co-existence

Once we planned well ahead for a trip to the desert of Jaisalmer after waiting eagerly for months and once there we dance, have fun, laugh and in short recover all the moments that we could not share in the year because of work and days with too many commitments.

On another course, we started right away, and when it turns out that none of the four has any specific plans for the location, we decided to spend the week together in our rooms lazing around. The disagreements, however, begin already during the trip in the car, when Abhi and Ruhi want to impose their playlist with the rap against melodic pop, and it's hard to find an agreement.

After two days I realized that we are too different. Abhi comes back from the discos at 4 am, Rohan gets up too early to go running, Ruhi protests because no wants to join her in the shopping, and I find myself exploring the surroundings alone. In short, the eagerness to travel is the only thing we have in common and the friendship has withstood lots of challenges.

On the first day, Ruhi proposes a camel ride. After, walking across the dunes for the next two days, on the third day, we wanted to just stay a bit on our own, so we decline the invitation for a visit to a night attraction, which Ruhi wanted to see eagerly. The next day, however, when Ruhi starts arguing, we explain that sometimes we like to be alone. She seemed to understand, and for the rest of the stay, we hardly speak with each other.

After an evening to comb through the offers on the internet, Abhi, Ruhi and I opt for a stay in Manali. We find an affordable package, but we have to pay in a single payment, and then one of us has to pay money in advance. Being one with the account, I pulled out my credit card. Both instantly promise that they will refund the money as soon as possible, and I have no doubt, although they do not specify by when they will return the money.

In the following days, I check my bank statement to see if there are credits. On the eve of departure, Ruhi called me to say that she would pay on return, while Abhi has to get money from his grandmother and then I resign myself, and once on the plane, it's all forgotten.

While in Manali Abhi insists on going out for dinner on the first night, while Ruhi wanted to go out for some wild shopping. While I had advanced the money for the trip for all three, I cannot afford a bad mistake. In the second night, Abhi proposes again to dine out and I just explode.

They reproach me for not having said anything. Say what? I found it absurd that they spent them in front of me without even thinking to reimburse me. We avoid each other all day long, and even when they apologize and invite me to a drink, some irritation persists. From the next day, things start getting better.

At times we would decide on trekking with big backpacks and hiking shoes on our feet as we would find places approved unanimously. Certainly reconciling competing needs required concessions on the part of everyone, but at least we knew where we are going to meet.

The friendship has withstood the test of time. We are friends forever, and with some bits of adjustment, we put things right.

This post is a part of Write Over the Weekend, an initiative for Indian Bloggers by BlogAdda