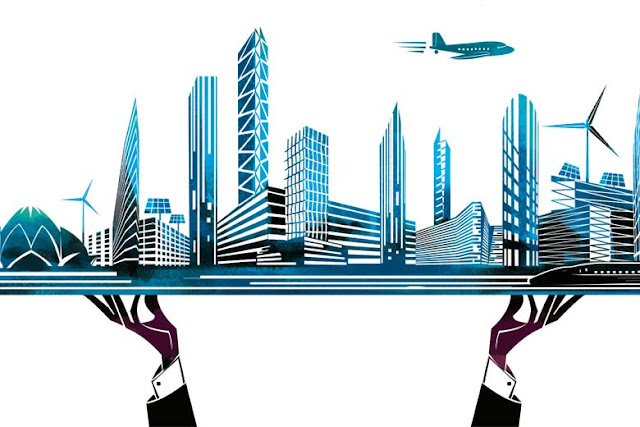 Prediction is human nature for centuries, but anticipating the future is becoming trendy in various disciplines. In 2050, I see of an India that will be radically different thanks to smart cities, environmentally sustainable and energy efficient point of views, an India in which art and creativity will conquer new markets and sectors such as medical technologies and synthetic biology.


India in 2050 will be testament to the spread of Internet of Things, cloud computing, IT and supercomputing that will transform decision-making process of local and national government on issues such as the location of a new airport or how to improve health care services.

The wars in their new configuration will appear as a form of rejection of religion, the economy and social order. And the Indians will have the courage to dream of a better nation. A new democratic humanity will work together, guided by the spirit of altruism, for an India that respects the environment and be more peaceful. The women will have more rights and more freedom in terms of education, political participation and equal treatment in the workplace.

India will be powered exclusively by clean, renewable energy which more than a dream will be a concrete idea harnessing the sun, the wind, and the currents would ensure the necessary energy to man and the environment. After adopting a new mindset, India will produce clean energy that will ease the anomaly in global temperature, to help avoid the worst climate scenarios.

In 2050 cars would no longer be a luxury and be in every garage to get around in the city where even the flowers of the parks will be synthetic and the gap between man and nature will grow, more and more. Most of the large carnivores including lions, rhinos, elephants and tigers will survive only in zoos.

In 2050 years the technological trends will be strongly influenced by the convergence of computer science, biology, materials science and nanotechnology. This convergence has such potential to revolutionize all aspects of our lives. The progress in the medical industry will alleviate many common health problems and extend life expectancy.

A drop of blood or saliva on a microchip will be enough to find out what diseases lurk in our DNA and for each disease there will be a gene therapy. Cancer will be a thing of the past thanks to nano robots that can detect and destroy tumours.

The impact that these developments will have on the future of the people will lead to excessive consumption becoming a form of protest, as well as the labour market, which will become more sophisticated and increasingly will require mobility in a country where the states will eventually disappear.