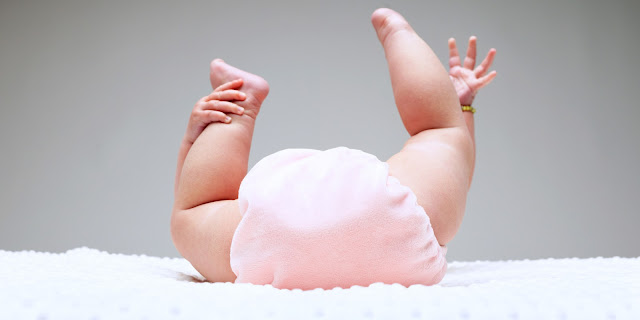 We know that there is no skin smoother and softer than that of infants. This is why their skin should be treated with care. To keep it soft and healthy therefore requires special attention, especially in some areas. Diapers are a kind of second skin for the baby. The diaper accompanies the first days of life, wrapping the baby’s body seamlessly, from morning to evening to night, until they are old enough that it can be routed to the control of their physiological needs.

It will normally be used up to eighteen months or maximum twenty-four, when you begin to empower the child from what, in the long run, is set up as a physical and psychological duress. But when the child is very small, in the first days and months of their life, the diaper is essential and it is unthinkable without it, as it would not be possible to continually monitor the cleanliness of the infants.

It’s clear that in the past the diaper as we usually conceive in the modern era did not exist, but then were certainly used methods to remedy the problem, in the form of harnesses and gauze of various fabrics. But the baby's skin never remained dry, with irritation the order of the day, until the end of the seventies when the disposable diapers made their appearance and was immediately a revolution.

Since that time the mothers had access to a product aimed not only to curb and contain the problem, as the previous ones, but to allow a non-destructive cohabitation of the child with its natural bowel function. The diaper is designed to keep baby's skin dry, to ensure the highest possible comfort as well as absorb and neutralize odours, for guaranteeing freedom of movement, to protect it from redness and irritation.

It’s true that the phase of the diaper change is an important time for mom and baby, because of the special intimacy that is established between the two through the daily repetition of simple gestures of care. Putting a diaper is more natural in the world, to the extent that is punctuated by a few moves always equal to themselves, for five, six, seven times a day for all the days of the first eighteen months of life of child.

We are not referring to the physical act of removing it that is very simple and gives some relief especially in the early days. Removing the diaper means to wean the child a second time, as happen in the food, when replacing breast milk with baby food. Now is invested instead of an important responsibility, the control of their lives, their physiological stimuli, which parents must learn to recognize not so much as to contain, control, communicate to the outside world, and this awareness does not happen painlessly, insofar as it involves a concrete and constant commitment.

Doubt always haunts mothers, but it is actually incorrect to speak of the right time, because everything is tied to the individual child. If in general you place this phase between eighteen and twenty-four months, it is also necessary to tie it to specific dynamics of evolution that are in a state of maturity of the child.

The ability to raise and lower his pants and their communication in real time, an independent attitude, are signals that show the opportunity to address the delicate speech of life without diapers.

Pampers revolutionized the market with the first disposable diaper entering the popular imagination as a synonym for dry and clean and continues to meet the wishes of mothers through continual improvements testifying attention to the overall welfare of the child. Centred on the child's world, their life, and needs, they are made of breathable material that helps reduce the risk of irritation and dermatitis, so that the skin remains dry overnight, giving a comfortable feeling to the baby.