Why Spanish cuisine is a good example of Mediterranean Diet?

Spain's gastronomy includes feeding the three pillars of the Mediterranean Diet. Olive oil as food cooking fat, seasoning, and flavoring. Consumption of whole grains, and legumes. The preponderance of fish. In addition, vegetable consumption is common either as a single dish, salads and side dishes. Some communities consume lots of oily fish and seafood. Although some communities do use meat a lot on their plates.

Fresh seasonal fruits and are often used in desserts and other preparations. It is also common to use different spices and seasonings to add flavor to dishes without using an excessive amount of salt. Among the culinary techniques include roasts, steam cooking, baked or grilled food. These preparations do not require excessive amounts of fat but retain the maximum nutritional quality of food.

What are the benefits of the Mediterranean Diet gives us the Tunisian cuisine?

Tunisian cuisine is the result of a mixture of combinations of local culinary knowledge and contributions of diverse peoples. There are influences that have enriched Tunisian plates since the time of Carthage. Tunisian cuisine is strongly influenced by its North African neighbors. Here the Berbers brought the couscous to Tunisia, but also the Jewish community has a great impact on the Tunisian dishes.

The cuisine is based on olive oil and spices, whose proper mixing and dosing has created simple and inexpensive dishes. Like all Mediterranean countries, Tunisian cuisine is complemented by a wide variety of fish and meat such as sheep and beef, and fish mainly on the coasts.

One common component is the harissa, a mixture of ground chilies, garlic, salt and caraway, cumin type. Dates and nuts like almonds are part of the daily diet and are found in sweets and liqueurs. Another thing you can not stop doing if you visit Tunisia is taking a delicious tea in one of its many cafes. Although it is a Muslim country, alcohol is not prohibited and Tunisian wines are of excellent quality as well as boukha a brandy-like drink.

Couscous: This traditional Arabian dish is prepared with semolina wheat with pieces of lamb, beef, chicken or fish, vegetables and legumes. It served with a more or less spicy sauce according to taste diner.

Tagines: it is a typical dish that consists of an egg pie with vegetables, lamb, potatoes, parmesan cheese and leaves maluska, all simmered

Masfuf: is traditional dessert, like couscous, made with raisins, beans Granada, dates, and almonds.

Mint tea: is the most popular drink in Tunisia, and is usually served well loaded with a lot of sugar, and often served with pine nuts.

Tunisia is one of the countries that use olive oil and uses wine as part of their drinks. Many of the dishes are made with egg. Moreover, they use oily fish on their plates. Many of their desserts are made with nuts such as almonds and pinions, providing a source of vegetable protein and polyunsaturated fatty acids. However, these desserts contain a lot of sugar. Another interesting aspect of the Tunisian cuisine is employing many spices to flavor their dishes so that significantly reduces salt consumption in this area. 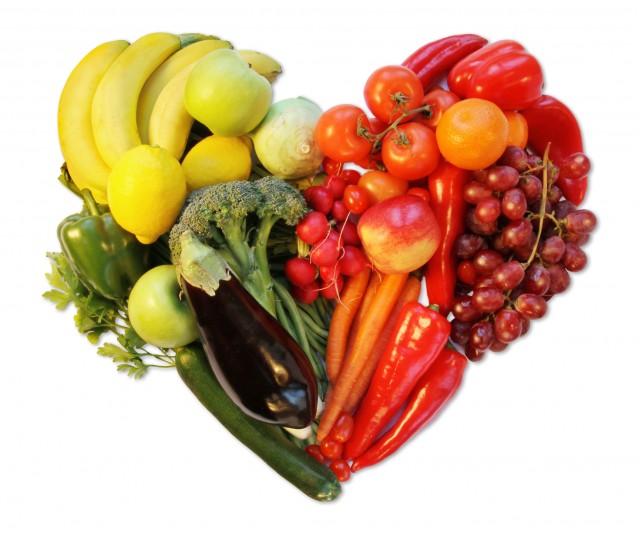 Greek cuisine based on the Mediterranean diet has great influences from neighboring countries, especially Turkey. This results in a variety of flavors and sensations. It is characterized by its geographical location and its history, by the use of olive oil and spices.

The most used ingredients are Fresh vegetables such as eggplant, tomato, artichokes, spinach, onion or cucumber. Meats, especially lamb, which is usually present in all parties, but also sheep and beef. Fish, especially in coastal areas and islands. Highlights include lobster, octopus, squid, and cuttlefish. Cheeses, such as feta, Kasseri, the Kefalotyri, and mizithra. They have a large number of them own denomination of origin. Sauces, either Greek yogurt (called tzatziki sauce), lemon or tomato. Taramosalata also salsa, from Turkey is made from carp eggs, olives, onions, croutons and lemon juice, accompanied with pita bread.

Moussaka is very similar to the Italian lasagna, which seems to be the key to its origin. It consists of layers of minced meat, eggplant slices and cheese on top that broil to bake. It can also be prepared with potatoes.

Pilaffs : These are dishes made of rice, and pieces of flavored lamb with onions and spices, which can be served mixed with Greek yogurt sauce, avgolemono sauce (leading lemon and egg), or tomato sauces spiced with coriander, pepper and cumin.

Mezzedes : This is a set of dishes used as a starter, among which are:

Hummus is a paste of chickpeas seasoned with lemon juice, garlic and sesame paste form (tahini).

Tyropita is pie feta cheese and egg wrapped in filo pastry. One of its variants is the spanakopita, based on spinach and feta cheese with dill.

Bougatsa, from Macedonia. It consists of a mass of minced meat, custard, and cheese wrapped in filo pastry.

Thiples, spirals or loops fried dough dipped in honey or syrup and served with nuts and cinnamon.

Baklava, a pastry puff pastry with walnuts and honey.

Kataifi, made with wires pumpkin and nuts.

These are just a few recipes from the wide variety of cuisine offered by this country, so go prepare and enjoy a taste of Greek cuisine at home. Although the Mediterranean diet consists of a gastronomic set of all the countries of the Mediterranean basin, Greek cuisine emerged in the Aegean islands. It is arguably was one of its bases, because as we've been seeing, the so-called triad or Mediterranean trilogy is present in the recipes like cereals, olive oil and wine.

Why the Croatia cuisine has the benefits of the Mediterranean Diet?

Croatian gastronomy is based on common popular dishes in all regions of the Baltic Sea. The main courses of the coast are based on fish and seafood, both of great quality in the Adriatic Sea. Both prawns as prstaci, that is called clams are most important seafood. Meat dishes are the specialty of the inner regions, and also offers a wide variety of sausages and cheeses from all corners of the country, such as Dalmatian ham and cheese Pag.

All dishes, both meat and fish are cooked with olive oil, and is usually accompanied with different types of boiled vegetables. In addition, its proximity to Italy made the Croat's large specialists in preparing pizzas and pasta. In addition to its quality wines, they are known their intense plum brandy, cherries and pomace. To finish with good taste, they offer pastries with nuts, fruits and cheeses.

Meet some dishes of Croatian cuisine

We bring you four typical recipes from the kitchen of Croatia, one salad, two fish and seafood, and dessert.

Octopus salad: This traditional dish is made with roasted Croatian baked with potatoes and onions, seasoned with wine, garlic and chopped parsley octopus.

Prawns Makarska: these prawns are a typical dish consisting of a stew prepared with prawns marinated in salt, pepper, garlic, olive oil and parsley, served together with pasta and a sauce made with smoked lobster, banana powder, paprika and white wine.

Krafne: is a typical dessert that is usually made for Carnival and Easter. Some circles are made with flour, egg yolks, sugar, yeast and milk, which are allowed to stand for a while before frying, fried once and sprinkled with icing sugar.

As you have seen, all dishes are cooked with olive oil and wine, two of the three pillars that make up the Mediterranean Diet. It is a common denominator in the kitchen of the countries in the Mediterranean basin. Most dishes are based on fish and shellfish, such as sardines and anchovies. Also they accompany the dishes with boiled vegetables as a side dish.
Next Post Previous Post
food,travel