This morning, we leave Mamallapuram to head for Chennai. We know that from now on, we will cross much less touristy areas than Kerala or Tamil Nadu. After only 5 km, we make our first stop to go to the Tiger Cave, a holy place dedicated to Durga. Carved out of the rock, it dates from the 7th century and, in the absolute calm of the beginning of the day, its sculptures, flooded with sun, are dazzling!

After seeing everything with full eyes, now is the time to turn on to Chennai. Suffice to say that we do not intend to stay there and even the idea of ​​crossing it worries us. Luckily, the city is located by the sea and its inhabitants are proud of their 17 km of beach. For us, it is the opportunity to cross it along its coast. No wonder the landscape and tourism exploitation of the site will surely wait a few decades. For the time being, only a few modest rides and street vendors have entered the beach.

In deciding to flee the city as soon as possible, we took the risk of not finding accommodation and tonight we are not disappointed! It is with all the trouble of the world that we find an acceptable guest house on the outskirts. 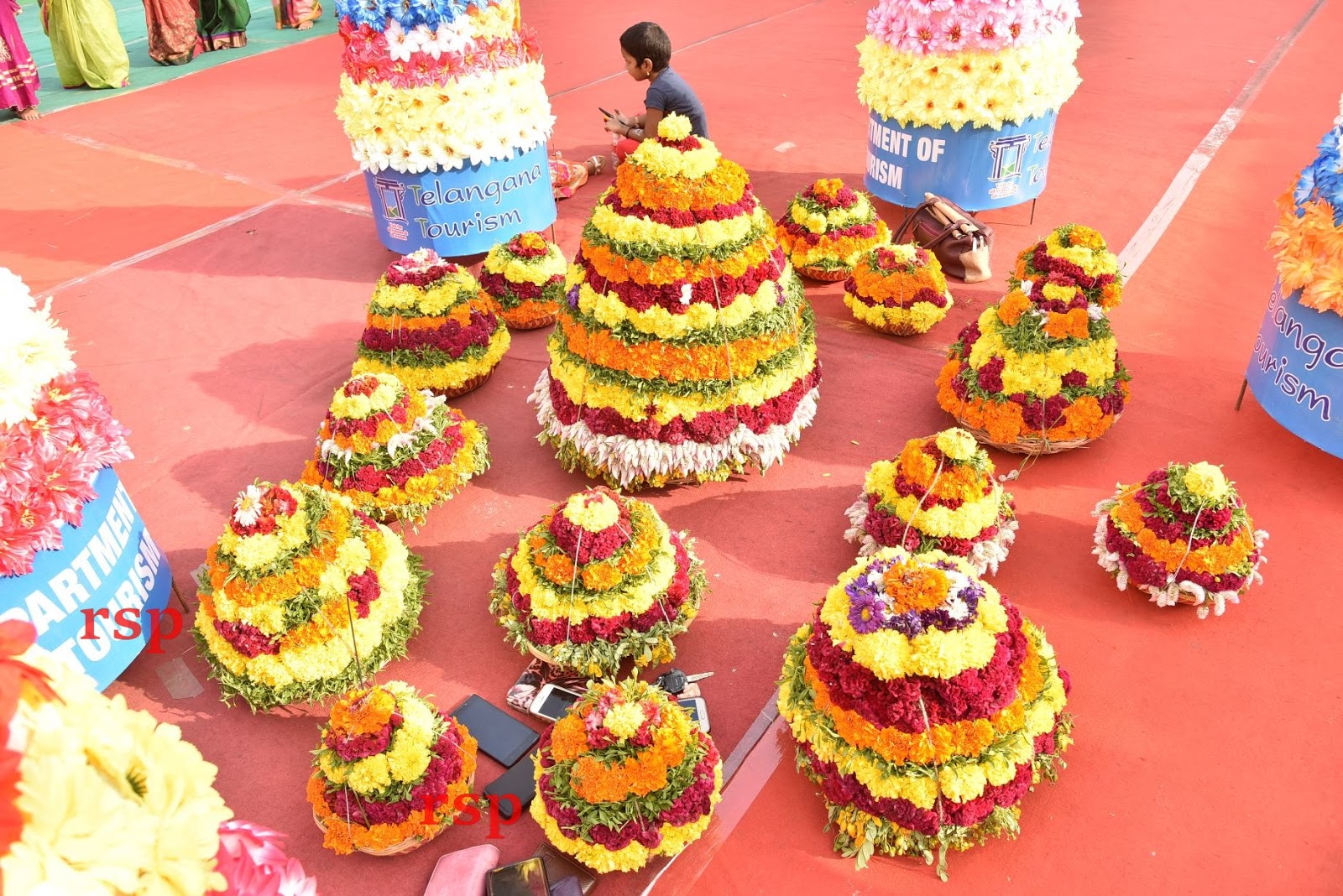 Our road continue north to Guntur before heading west to Hyderabad. The journey is mostly on a 4 lane highway. We are now in Andhra Pradesh and we start seeing ultramodern factories along the road. There is little doubt that the economic situation of this state is better than that of Tamil Nadu that we have just left.

We feel this same feeling in agriculture which is now more mechanized. After crossing the eastern ghats, we move in the rich Krishna valley and the crops are in full swing (tobacco, cotton, pepper, rice). However, a lot of work is still done manually such as picking and sorting peppers under a blazing sun.

But if we really enjoy travel, it's because it allows us to see these men and women in their daily lives. The opportunities to be surprised are not lacking. But they are reciprocal and our passage in this region surprises many! The country is celebrating the Dussehra festival. Every region of India has its own way of celebrating Dussehra. In Telangana, it is celebrated as Bathukamma. We find families make garlands and small altars from pretty orange flowers like Dahlia.

So I arrive at Hyderabad. Arriving in Hyderabad, we entered this new state of Telangana. We are here in predominantly Muslim territory and innumerable palaces and mosques recall the grandeur of its Mughal past. I visited the historic center of the city where hides marvels of Islamic architecture! I head to Golconda which is the ancient city but abandoned at the time for lack of water. There I visit the Golconda fort, a marvel! See other photos.

Hydrabad gives me a contrasting impression! In addition, I love Islamic architecture, and that is much more refined. Hyderabad is like in the tales of Arabian nights! It's still classier and much more refined, with much more taste, much more purity and aesthetic clarity!

I would have really believed I was in the Middle East! I was able to travel for a moment in Afghanistan or Palestine but without the danger! Currently, the city is busy restoring its rich heritage, like its Charminar or mausoleums of the sultans of the Qtub Shayi dynasty, built in the Indo-Persian style and grouped in one place about ten kilometers from the old city.

I still have to say a few words about this Birla Mandir temple. Photos are not allowed inside. This is a beautiful white marble construction that contrasts with the small neighborhood temples flooded with kitsch decorations and acid colors. It is dedicated to Venkateshwara whose black statue is at the entrance.

We take off our shoes to go up the steps in a white step heated for several hours. We go up in single file and we pass small altars that seem dedicated to particular gods. Then we pass a security gantry next to which is a large basin. I realize that most people are with a plastic bag containing half a coconut and flowers.

People who go down and have kept their empty plastic bags by hand can recover the coconuts but all do not and the balance seems positive. The coconut seller who is in the street at the bottom of the temple therefore has some benefits. Even more curious, it is a guard of the security service that ensures the deposit and/or recovery of coconuts!

After arriving at the top of the temple, we can admire sculptures in low relief very fine and very beautiful. A priest officiates in an altar by distributing holy water. At each stage people pray by shaking hands under the chin and putting coins in the trunks. Colored pots allow the passage to get a red or orange dot between the eyes.

From the temple there is a panorama of Hussain Sagar Lake, an artificial lake dug by the Qutb Shah, in the middle of which is a Buddha on its pedestal. The lake does not bring much freshness to the environment and it is 33 degrees this afternoon on the Birla Mandir hill.

At the foot of Charminar, there is a beautiful market, in which I did not recognize half of the vegetables. There are cucumbers, gourds, carrots, aromatic herbs. I was able to identify dozens of varieties of hot peppers. They also sell plenty of shrimp and dried fish and, despite the 33 degrees in the shade, it did not smell that bad. It is time to eat. The mutton biryani at dinner time was a delight.