We find ourselves with the possibility of having Christmas holidays In New Zealand. Something quite surprising here is that and we thought about traveling to the southern hemisphere, looking for a warmer Christmas, but not sun and beach. And it occurred to us that it could be a great destination amidst nearly virgin nature and the very interesting Maori culture.

Arriving in New Zealand is not easy and it has cost us about 20 hours. We flew to Bangkok, then from Bangkok to Sydney and, finally from Sydney to Christchurch, where we arrived at 3:30 pm after getting on and off the same plane in Bangkok and Sydney.

We had rented a car and as the agency do not have office at the airport, we had to call them to come and pick us up. It was easy, because as soon as we leave with our luggage there is a tourist information office. There they told us where the cabins were and then where we had to wait for the bus that would come to pick us up from the rental company.

A few minutes later they came to pick us up and took us to the office. Our car was quite old, that is, 10 years old, with cassette tape and everything, but in general with good looks or so we thought. So, we went to the hotel, and just when we arrived it started to rain. We were very tired, but we had to buy and dine. So after the shower we head to the street. We approached one for dinner, but it was full and there was a lot of noise. So we went to an Irish restaurant across the street. After dinner we go to sleep. 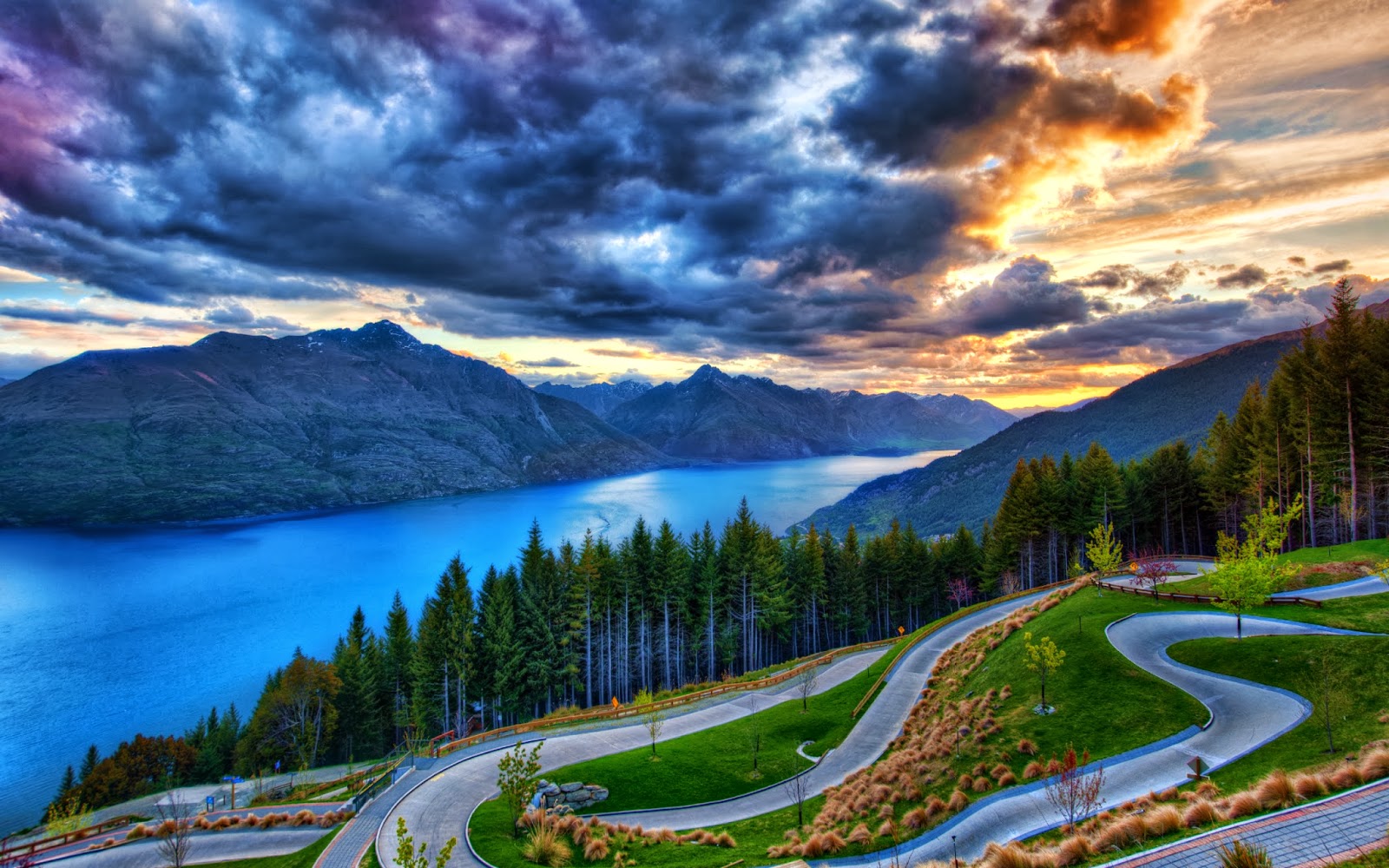 After sleeping a lot of hours we have risen like new and today the day is much better than yesterday. But it turns out that our phone company does not have agreements in New Zealand. So we do not have the possibility to call. Taking into account that we have an old car, we do not want to go without a cell phone. We buy a prepaid card with voice and data until the balance was exhausted. Luckily we did not have to use it to communicate faults, but we did have to check something online on the move or call somewhere to say we were arriving later.

So we are ready to truly begin our visit to the city. To begin the visit we went to Cathedral Square, to visit the center of Christchurch a bit. Christchurch was founded by the Anglican Church in 1850. The lands on which it settled were previously given to the British bourgeoisie, because they did not want a disorderly city like the colonies in other countries, but a clean and elegant British city. In a short time it became a prosperous city thanks to the wool trade.

We arrived in this area through a commercial area and we are surprised that, although it is Christmas, it does not look like here. Then we will discover that the Christmas decoration on the streets of New Zealand is practically nonexistent.

This area was either not affected by the earthquakes or rebuilt because a few blocks away there were areas where the debris had not even been removed. The truth is that, although years have passed since the earthquake that shook the city, it is still to be rebuilt and the feeling it gave us was sadness. There are many empty lots, although they have invented many ways to fill them.

We crossed the river Avon to go to see the Restart Mall, which is made up of painted containers of colors. It is where the merchants of the affected areas have been located, and which gives a very particular and modern image of the city.

Just opposite, there is a peculiar monument, the 185 Empty Chairs in which we can sit, take pictures. Also, showing a great imagination, they have built a new cardboard cathedral, designed by a Japanese architect. They have also been able to fill the lots with murals and bring some sheep to the city.

Once the Christchurch tour finished we took the car to do the 220 km that separate us from Lake Tekapo. We stopped to eat at a brewery in Geraldine, which had a very cool cafeteria, where we ate very well. In New Zealand a lot of beer is made, although without a doubt the star is Speight's in its many varieties, but it is convenient to try each one in the regions.

During the trip we began to enjoy the typical landscapes of New Zealand, with the Alps in the background and the first lupins. Once at Lake Tekapo we climb to the top of Mount John through a very closed pine forest. From here we cannot see the lake until we reach the top, where there is an astronomical observatory with spectacular views of Lake Tekapo. The turquoise color is spectacular. Also the views of Lake Alexandrina and the tops of the Alps are well worth it.

Although we had planned to go down the path that goes next to the lake we could not, since we had spent a lot of time in Christchurch and we did not have time. Also, at the top it was so nice and the views were so beautiful that we stayed for a long time.

After this we went back through the woods to the Church of the Good Shepherd, right next to the lake, built in 1935. The road to Mount Cook goes, in its first half, close to Lake Pukaki, from where we can see spectacular views of Mt. Cook or Aoraki which with 3754 m is the highest mountain in New Zealand.

From Tekapo to our hotel, it takes an hour and a quarter. We arrived there at around 8:15 pm and the hotel lady told us that it was too late to have dinner. We went directly, practically without leaving the luggage, to have dinner at a restaurant. They took a lot of time to serve us, but the views from the cafeteria were impressive. After this, with batteries charged to see so much beautiful scenery, we went to bed.