Beyond its classical music and its brilliant architectural heritage, Austria is known all over the world for its sweets. One of the highlights of my trip to Vienna is when one afternoon we went to have a snack at one of the most famous cafes in the city. Among its exquisite desserts was, of course, the strudel or apfelstrudel, also known as apple strudel. It is a delicious puff pie that perfectly combines apples, spices, and nuts. It is enclosed between layers and layers of a thin puff pastry that has become popular in several countries.

Today we were not in a hurry so we got up at 08:30 to go to breakfast quietly. I was quite hungry and I filled the plate three times with scrambled eggs, sausages, cheese, toast, and coffee of course. At 09:30 we were on our way to Wenceslas Square to cross the road to the famous Prague Castle.

We practically spent every day around here as it is the gateway to the center of Prague. We did not pay much attention where we crossed because we would have plenty of time to enjoy these streets later. We approach the Castle where we find people swarming in the area.

The Prague Castle stands imposing from the quarter of Malá Strana (old city) seen from any part of the city. In itself, it is a small municipality where there are several churches, palaces, the cathedral, and small streets. To be able to visit it, you have to buy different tickets. We bought a package that gave us access to the San Vito cathedral, the convent and the Basilica of San Jorge, the royal palace, and the golden alley.

The golden alley is one of the attractions that attract more tourists to this complex. It is a small and narrow street and not excessively long but it has the charm as there are houses of such a small size that sometimes you wonder how people could live there. In it lived the famous writer Franz Kafka. Now it is a store of souvenirs and gifts related to his figure.

Many of the houses in this golden alley are dedicated to the sale of typical Czech souvenirs and crafts and others have been reconstructed and tried to represent the lives of the people who lived there. There was one person who worked or liked the cinema and the house are full of posters and films, especially silent movies.

Another was a seamstress and what was inside was sewing tools, a sewing machine, a small room and the kitchenette. Another impressive area is the squares that we find in this area of ​​Prague. This is the back of the San Vito cathedral. It's funny because contrary to what we are used to, the main façade is on the side where the famous golden gate is located. In it is also a statue of St. George. The interior is quite impressive for its arches. And the windows enchanted us.

Leaving one of the sides of Prague Castle, we visit the church of Loreto. Here there is supposed to be a reproduction of the original house of the Virgin Mary. We found the door closed because they closed from 1:00 pm to 1:45 pm. But we were not willing to wait that long time there in the sun with nothing more to see or visit around.

We decided to go down from Prague Castle and discovered a restaurant with a patio in which we are very comfortable. With the beers, we ordered a dish that was spectacular. It was the smoked apple with roasted ham and mashed potatoes. To continue I continue with the fondness for the Czech Goulash and Svíčková.

To finish we cannot fail to mention the delicious apple strudel. We did not find it expensive. Especially because of how relaxed we were. I said to myself, if they do not do well here, they will not do it anywhere. And just in case I asked for it. I have to admit that I had never eaten before. It is not a sweet that is usually found easily in these lands, so I did not have anything to compare it. 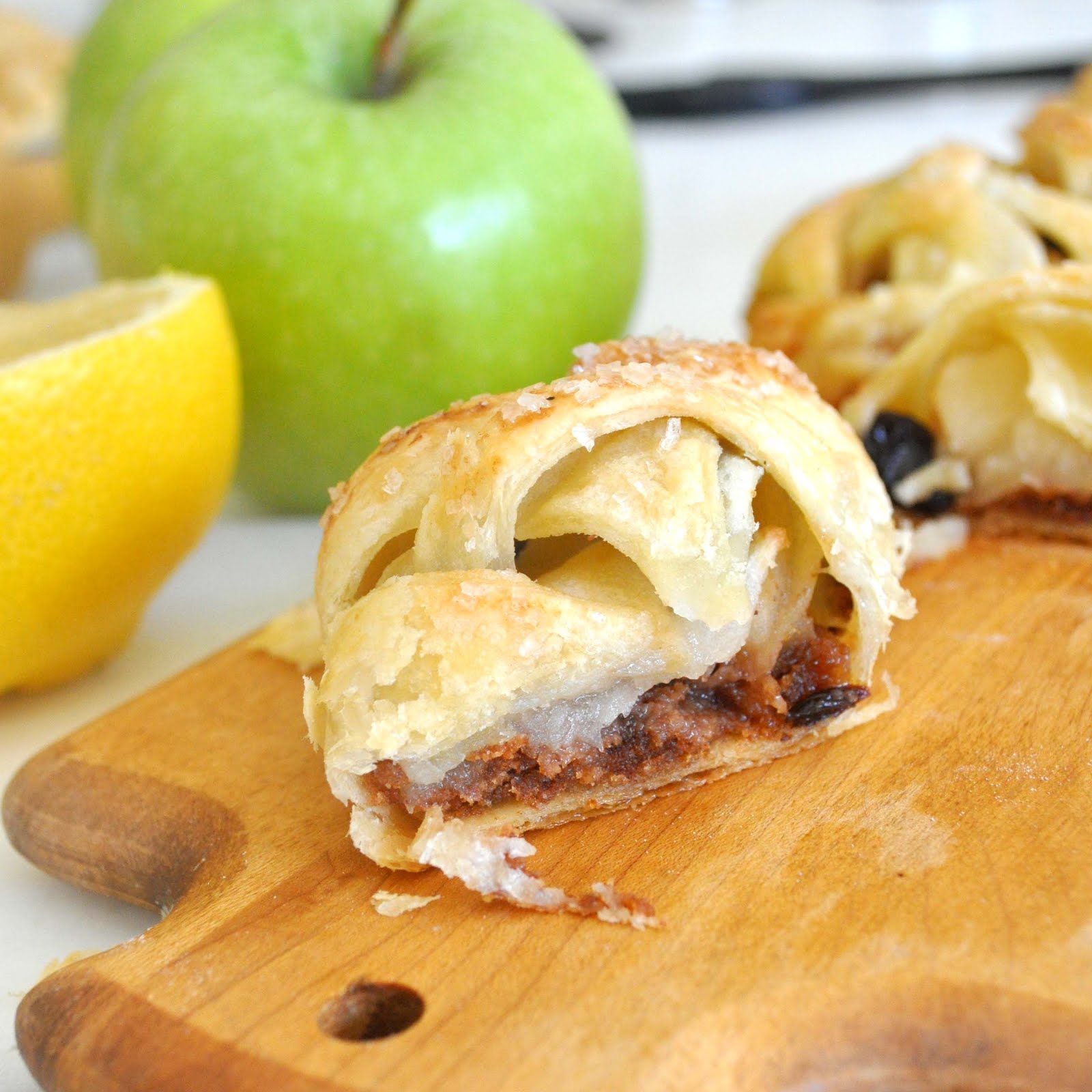 To all this, do you know that the apple pie is native to the Czech Republic and not to Austria? The issue is that some Czech women brought this delight to Austria and in the end, the Austrians took it away. After the conquest of Byzantium in 1453, they acquired the recipe we know today in the area of ​​the former Austro-Hungarian Empire. It has its origins in the time of the monarchy of the Danube and was intended to be a simple and tasty meal for the poor.

In 1696, the strudel was mentioned for the first time in writing. It is now a dessert typical of Austria and the southern part of Germany, whose origins go back to the Byzantine era. Its origin is probably the Turkish Baklava, whose influence reached the Austro-Hungarian Empire with various invasions. So, you know that in reality, the apple pie is Czech. Oh! And the pieces of apple go inside, not outside like we do. The apples that are used to make the compote must have a good aroma and a slightly acid touch. They are also prepared with plums, apricots, cherries and dried fruits.

It was delicious, of course. Although I do not know if it was influenced by the fact of being on vacation in another country, that things taste better. I do not know why.

When we returned to our route we went in the old city to the church of San Nicolas that I liked especially for its late baroque style. It has a lot of details where to stand and in its spectacular organ that Mozart played.

Nerudova street is very close, you can not miss it. It has a medieval charm that attracts you. As earlier the streets had no number the neighbors of this neighborhood decided that the best way for people to find their home was to draw or add to the façade something that would distinguish them. They decided to use their emblem of two suns, a man on horseback, a swan, etc.

As it rained a lot, we were not prepared for so much water and we went into a small cafeteria. We look for the bridge of San Carlos to cross to the New City (Nové Mesto). We got a huge disappointment. The fame of this bridge had made us imagine that the sculptures that are on its sides would be spectacular. But we find them totally black. The details are not distinguished that the artists who carved them designed.

We thought that they would be more careful, basically because the bridge is one of the great attractions of this city. Obviously, we cannot deny that it is very charming to cross this bridge in either direction and see the Prague Castle or Nove Mesto from it. It is a must-see in the city.

Another street that is a 'must' is Karlova. We find a couple of theaters where the famous Czech black theater was there. If you are interested in seeing it remember to bring cash. So we were disappointed to see that day because we had not enough left over. We ended up in the Old Square, watching a game on a mega-screen that had been installed for the Euro Cup.

When we got tired we went to the hotel, looking for a brewery that I had read that was well considered. We started with a tasting round of 8 beers. The glasses were small. We went back to eat typical Czech dishes of the famous flour dumplings with a white sauce and rice.

The anecdote of the dinner was that we were seated at a table shared with a man who ate alone. We greeted each other and observed that he was tasting 4 beers. After a while, they served him a soup and since he had run out of beer he ordered one of the big ones of half a liter. This is where we stay looking. He looks at us, smiles and asks for another beer.

From time to time he would lean back as he ate and breathe slowly as if leaving a hole in his belly and the uncle continued. It was not very big in size but it looked like it was going in. We are left with the desire to know if it ended or not because we left and the man was still there. From the restaurant, we went to rest and we still had several days left in this wonderful city.

This apple strudel recipe is a shortened and easy version of the great classic of European pastry. Discover how to make traditional apple strudel step by step, an easy and delicious recipe.

Mix all the ingredients until you get a soft and elastic dough. A little oil is spread on this preparation and it is left to rest for 30 minutes at room temperature so that it takes consistency.

Preheat the oven to 350 ° F (180 ° C). The breadcrumbs are toasted in a little butter together with the sugar and cinnamon. Pour a little oil (brush) over the spread. Then the toasted breadcrumbs are added. Spread the apple chunks over the entire surface of the dough, then the raisins and walnuts. Sprinkle with sugar and sprinkle with butter bits. Form a roll and place it on the previously buttered oven tin. The roll closure should face down.

Bake for 40 to 50 minutes. If you want you can brush on the outside of the dough with a beaten yolk mixed with a tablespoon of milk.