If there is something I never imagined in my life, it is to ever step on Wimbledon. It is one of those things with which I become familiar as a child but only by what I see in the television. When my cousin told me 3 weeks ago that he had Wimbledon tickets, I thought it was a joke. For a passionate tennis lover like me, there is little news that may seem better than this one. I always dreamed of being able to get close to London to see a Wimbledon match. However, the process of getting tickets is really complicated.

Very few tickets go on sale and, those that do, are awarded through a kind of complex raffle or after hours and hours of queuing. In order to have access, to the best seats of the main courses in the big tournaments, you have to be part of the club to start. At least that is how it works in Roland Garros and Wimbledon although in the US Open I was able to get tickets for the Arthur Ashe court in the 2nd row and I bought it the same day.

In the United States you could see people from different social classes and was more open to everyone. In the tournaments of France and England the dress of all is different. We had tickets to see the fourth and fifth day of the tournament. On day 4 it would still be the men's and women's second rounds.

Located to the south-west of the city of London, Wimbledon is an elegant neighborhood of well-kept and peaceful streets with elegant mansions surrounded by English gardens. But only until its prestigious international tennis tournament arrives. At that time, the neighborhood is transformed and filled with fans of this sport from all over the world.

This metamorphosis has been experienced since the sixties of last century, and lasts two weeks between the end of June and the first of July. 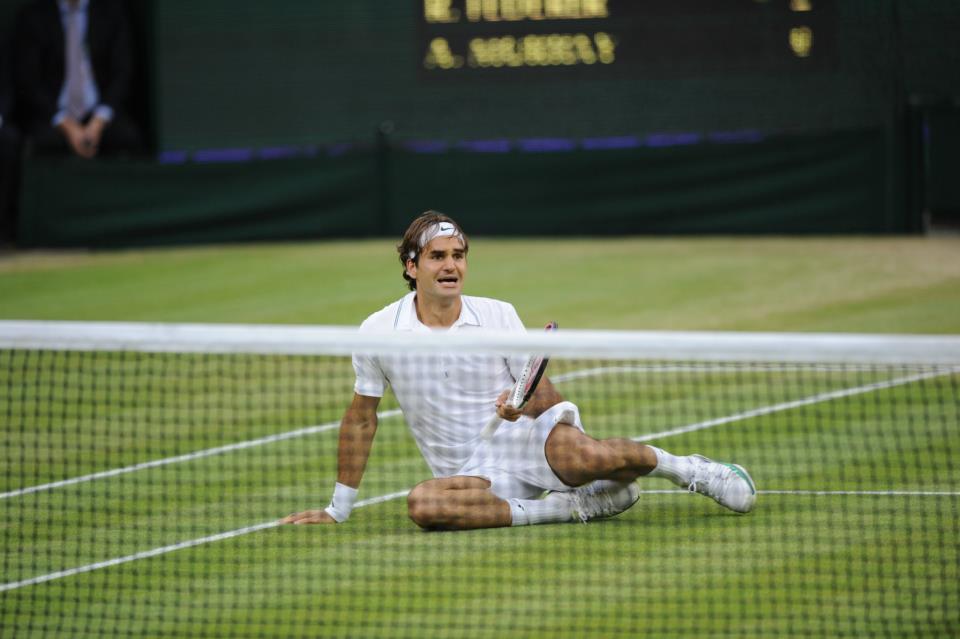 A few days later I already had the plane tickets bought and I disembarked at the Gatwick airport shortly before 7 o'clock. Our subway stop at Shepherd's Bush, west of the city, a little beyond Hyde Park and right next to Holland Park and our hotel. We check-in. A guy of Indian origin treated us very kindly and told us how to get to the room. And now, with much desire and camera in hand, we went to tour the city.

The first sports appetizer was to see one of the football world cup matches in an Australian bar in the center of London. The day was sunny with the perfect temperature in London. I did not have any cash. So I had to go to the nearest ATM, which was not so close.

It was a beautiful and sunny day in London. So after visiting the Chelsea FC stadium, I went to the tube station Fulham Broadway. I got off at the Wimbledon Park station. In thirty minutes, here we are at Wimbledon, the second of four stages marking the Grand Slam tournament.

Wimbledon is above all a district populated by trees abundantly watered by the rain. I take a deep breath. The sun is shining. The exception that confirms the rule of English rainfall. I did not have a map of the area. I did not know the entrance to the courts, but it was just a matter of following the mass of people and asking.

I think the purpose of my blog is not just to share my travel diary to be written somewhere that I can go back and relive it every time my memory fails, but also to share it with you. At 2 o'clock in the afternoon I put my foot for the first time in the legendary All England Club of Wimbledon. I had all the hair on my skin bristling. One hundred and twenty-six years of tennis leaves a residue impossible to ignore.

I had seen, like a hundred thousand times, the place on television, but in person it is something shocking. The venue was a hive of people who went from track to track, and crowded into the official stores. They populated and gave life to all the restaurants and food courts with the chatter about this or that player. Tennis was getting sweetly through every pore of my skin.

When I entered the temple of the Central Court I think I got lost in a state of ecstasy. The thing was worse when we found that our seats were in row 3 of one of the sides. It is less than a meter and a half from the grass, allowing me to see the players less than 5 meters. No one could return me to the real world anymore.

The great in every way Serena Williams was in the courts. The game had little history left and soon the Scottish Andy Murray, the local idol went out to warm up. The tennis commentaries did not stop after each point. The public of Wimbledon is usually quite intellectual although I verified that my knowledge of the players and their level of form surpassed the majority. I have to look at it.

My cousin went around the rest of the tracks under a scorching sun unfit for London. I, knowing that I would have another whole day to do it, stayed at Centre Court to watch the end of Murray's match and impatient for the arrival of Rafael Nadal.

Rafa jumped to the track to warm up around 6:15 in the afternoon. I could never have dreamed that the first time I would see him in my life would be 5 meters on the Wimbledon Center Court. His rival, an almost unknown jumped to the track half timid and not knowing what to do.

The sad outcome of the game you will all know by now. Nadal never found a way to alleviate the cannon shots of all possible types of the Czech player. My reputation as a jinx is not in vain. The fifth set was played after 9 o'clock at night and that is why I was able to experience a match with the retractable roof closed and the artificial lights on.

Nobody left from there. By the time Nadal ducked his head for the last time against ace number 22 of the Czech, the clock marked 10 o'clock at night. The elimination of Nadal left us with bad mood and was the subject that was discussed in all groups of people who left the All England Club. Not in vain, it was the first time he fell in the second round of a Grand Slam since 2005.

After leaving the courts we leave for one of the many typical pubs. There we find traditional dishes of English cuisine such as the popular fish & chips, battered fish accompanied with chips and seasoned with salt and vinegar. There are English sausages with mashed peas and potatoes, meat and vegetable empanada, lamb in mint sauce, roast beef, chicken and mushroom pie.

There is also the Yorkshire Pudding, apple pie or the crumble, prepared with fruit and covered by several layers of crunchy crumb. 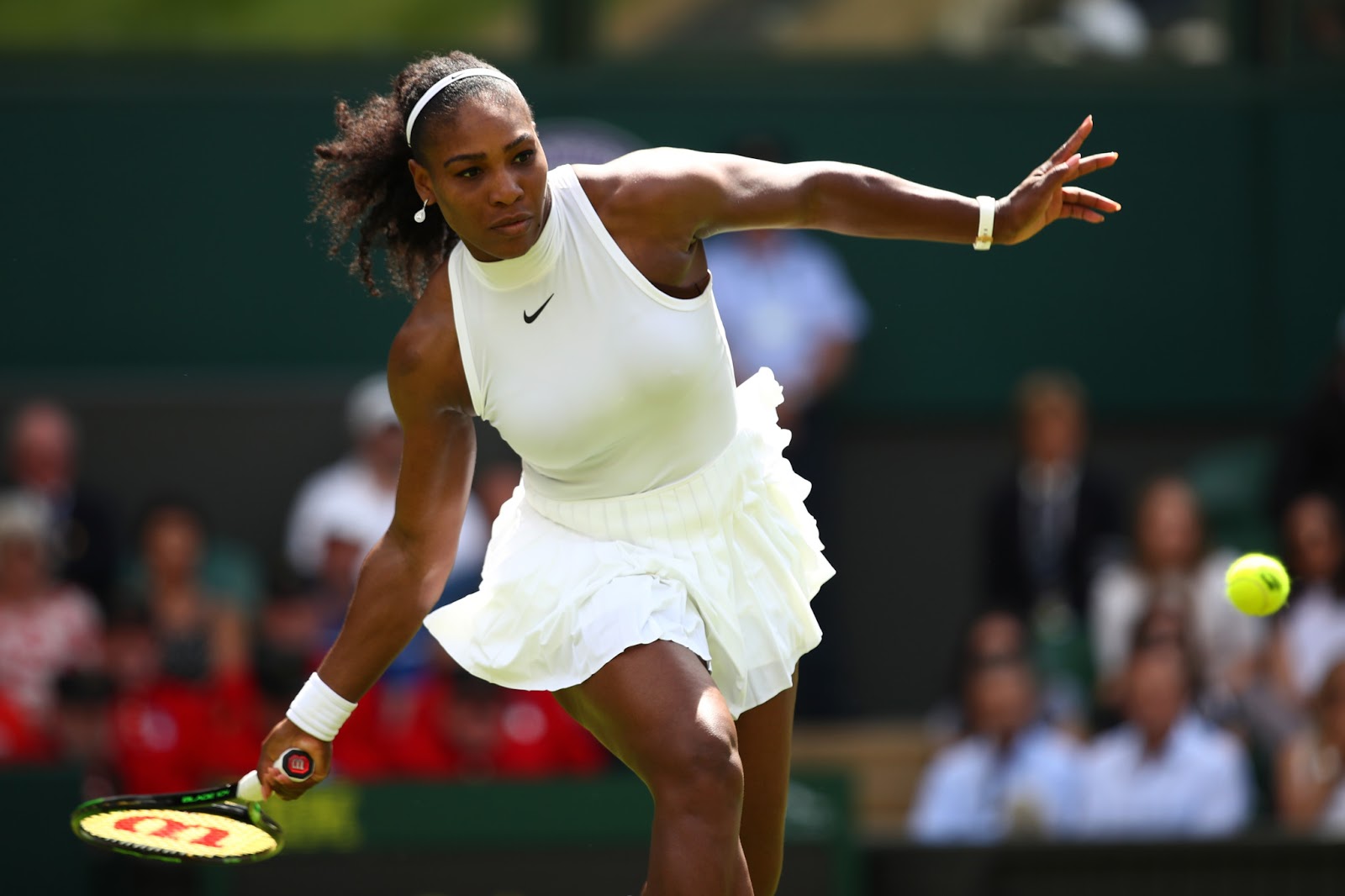 I woke up excited. There I was early in the morning at the station, waiting for the subway to arrive at that unthinkable place. Some people will think I'm crazy but those passionate about tennis, not so much. On the way we have some coffee and breakfast at a store near Victoria Station.

I arrived earlier to be able to explore the site well. The sky threatened rain and the tracks were covered with their protective green tarps. However, it turned out to be another fantastic day of sun and heat.

I went through the official store to take a keychain and a backpack that I plan to take everywhere. Then I happened to meet one of the three most famous seat judges in the World. We took a picture and chatted about the games for a while.

My next stop was Court 1. I got the feeling that it is even bigger than the Central Court and much more modern. Again good seats, behind the box for the team of players, allowed us to witness the games from a privileged position.

The beautiful Maria Sharapova with a blunt mix of frying pans and shouts in equal measure. It was the most beautiful match I saw in the two days. With an enviable sun, I spent part of the afternoon watching pieces of matches from the outer courts. I was impressed to see the Bryan brothers in the doubles.

I then head to the booth where they sold Wimbledon balls used by the players in their games. Here every ball is worth 1 pound. They take advantage of tennis freaks like me. I bought one. It was getting dark when I went to Henman Hill to join the thousands of people who saw the great Roger Federer. It is one of the busiest sites during the two weeks of competition.

People who do not have tickets for the important tracks bring their blankets and supplies. They spend the day watching outdoor tracks and enjoy food, drink and grass while watching the stellar games on the big screen that looks out over the hill. Federer, did not suffer my curse and had already come back when I crossed the doors of the All England Club for the last time.

The game was not over yet and I stayed a few seconds watching the almost empty and quiet place under the night. It is an experience that I will never forget and that I hope will be repeated in London or Paris!

During the celebration of the international tennis tournament, one of the culinary traditions of Wimbledon is to eat strawberries with cream in one of the restaurants and cafes that are scattered around the neighborhood. We have enormous strawberries with whipped cream at an exorbitant price.

It is also traditional during the tournament to drink Pimms, a very refreshing and summery alcoholic drink that consists of a mixture of wine, herbs and gin. When we get to our neighborhood we stop for a beer in a pub.