On the Kebab Trail: A Moti Mahal Cookbook by Monish Gujral is perfect. It is a very manageable book, something that is appreciated in the kitchen. I'm sick of recipe books that are rigid and take up more space in the kitchen than a pressure cooker, so this book seems ideal.

Let's see, is that this topic really touches me. And it unnerves me. I love to eat, always. I love trying new things. But I hate cooking. If the elaboration takes more than fifteen minutes and dirty many pots. Instead, I can spend an entire morning in the kitchen making amazing dishes.

And, you know? I travel a lot and the moment I like most of the trip is when I return home and my mother is waiting for me with a potato omelette. My girlfriend agrees on this too. I think she only loves me for this omelette. So, if I look so much like her, why do not I like to cook? I do not get it.

And these dates arrive and I always want to try. So, every Diwali, I end up with some cookbook to see if it inspires me and encourages me to go into the kitchen for a whole afternoon to prepare an amazing dinner. This year, the choice has been On the Kebab Trail by Monish Gujral.

Yes, the one who come out on Indian Television in the mornings and prepare dishes that can even be smelled on TV. This time I have opted for them because I think that, although the dishes he prepare are quite elaborate, it gives the feeling that he make it so simple that even I could try it. I also like the mix of modern and classic. Traditional cuisine is the basis of his dishes. Innovation is the key.

If we can boast of anything in India it is to have a powerful cuisine, of which we proudly speak wherever we go. But in our streets every time there is more space to know the delicacies that in other countries are also cause for pride. It all started with the Mughals, their kebabs and their biriyanis.

Then came the boom of restaurants with all the variants of Mughlai food. And although now we have booming gastronomies, a new culinary trend is beginning to emerge, which, if you have not yet heard, I do not think you'll be slow to do so. I'm talking about the Kebab, star dish of Mughal cuisine. Perhaps more than one reader has raised his eyebrow and has looked surprised when he heard this. Although if you live (or walk) through the center of large cities you may have already seen, and perhaps tasted, this suggestive dish.

Kebab more than a dish defines a way of eating. It has multiple varieties and possible combinations. After a long study touring the best restaurants and markets, Monish Gujral leave us this complete guide with which we will become experts in kebab. Amateur as I am to cookbooks, I have to highlight the great effort of the author in approaching and explaining in detail a gastronomy so little known to neophytes like me.

His explanations are entertaining, simple and, above all, very visual. Everything starts first by talking about the products that make up the kebab and its way of preparation. Then come the (valuable) tips that teach how to choose a good meat and how to properly cook it. Once we know more about this dish, it's time to start.

Of course, first of all, is the advice given by the author and what makes this type of food something of the most stimulating. In the kebab recipe, imagination plays an important role. You just have to dare! And at this point, each recipe comes with a section of extra ingredients that, if we dare with them, surely give a special spark to the recipes.

If you get hooked on this type of cuisine, your pantry is likely to begin to fill with rare ingredients. But that all this does not slow you down or prevent you from enjoying this gastronomy. Yes, without forgetting another basic advice. The product, the fresher, the better it will be. I have already been able to put into practice some of the recipes, for pleasure and enjoyment of my always grateful stomach.

But Monish Gujral do not want your discovery of this gastronomy to be left alone in its star dish. That's why On the Kebab Trail, goes much further and also includes other recipes with the most surprising appetizers. In addition, within each recipe we find the average time it will take us to do it. I assure you that I am able to reduce it by half, so I have the results that I have.

And, what I liked the most is in some of the recipes are tricks that will give a special touch to the dish. And I hope not to end up giving the book of Monish Gujral to my mother, knowing that she will know how to get a lot more out of it than me. 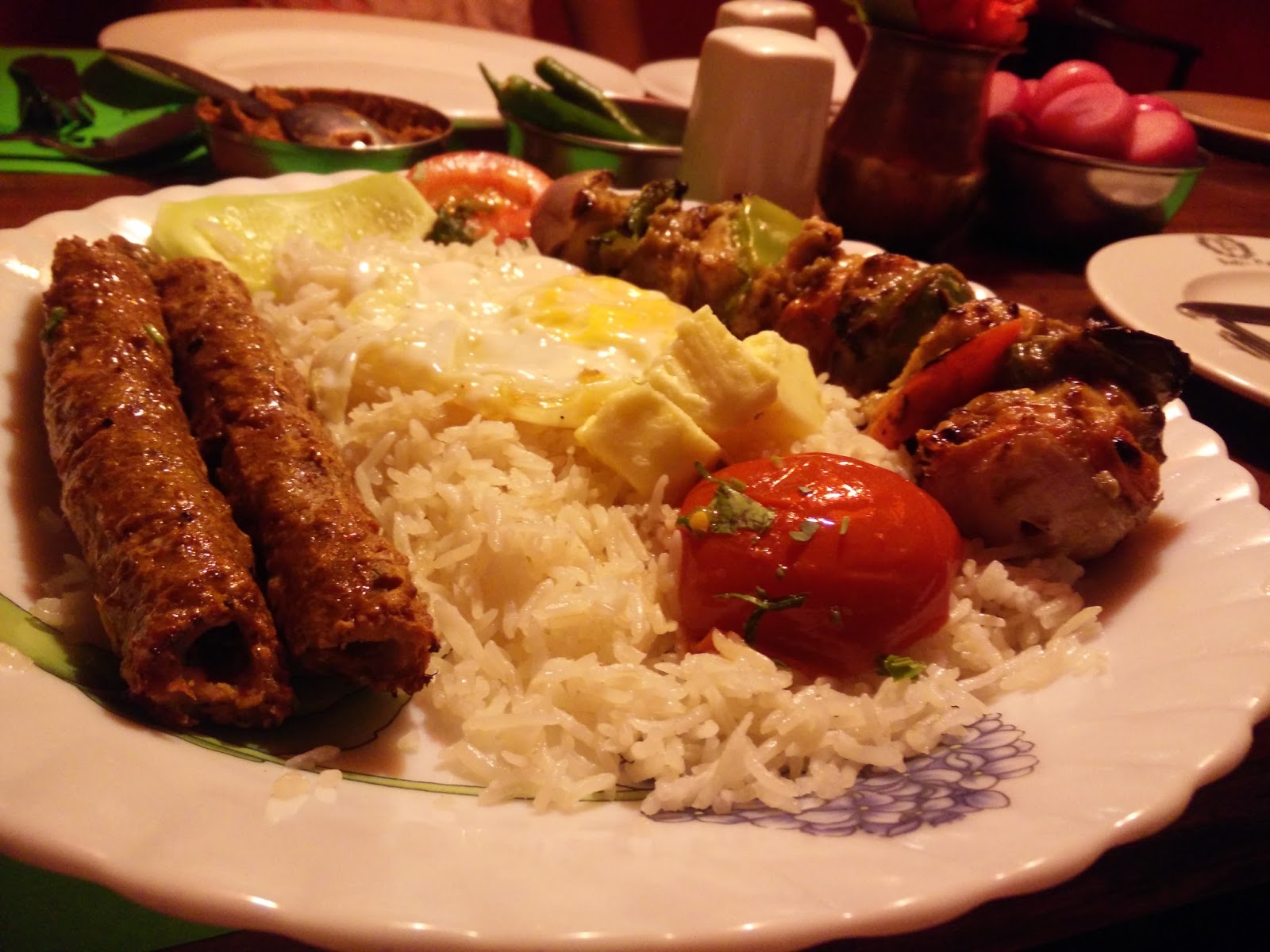