Undoubtedly one of the great pleasures of traveling to exotic places is to taste its rich and varied cuisine. It is an experience that always brings new flavors to our palate and knowledge. Today we travel to Tibet to tell you about a typical food of the region that those who visit it should not stop trying. Actually, it is not one of the strangest foods in the widest sense of the word that exists in this area of ​China. It is so cheap it is the star dish of Tibetan cuisine, and also of Nepalese cuisine and West Bengal region (particularly Darjeeling).

They are called momos although the pronunciation is somewhat different. In Tibet and the places where they eat everyone knows them as so-so. The variants and the ingredients from which the filling is formed also vary considerably according to the restaurant where they are served. I also like to snoop in Kathmandu, among the street vendors, who prepare hundreds at a time in huge metal steamers. I always have the feeling of being able to eat dozens.

Similar to the jiaozi of Chinese cuisine, momos are traditionally made from barley flour mixed with water. From this preparation a white dough is obtained which must be flattened on a smooth surface in the manner of conventional bread. Once kneaded and flattened, it will be necessary to cut it into small pieces or portions, ready to be refilled. Whatever the main ingredient chosen, it is always seasoned with different spices that give it its characteristic flavor. 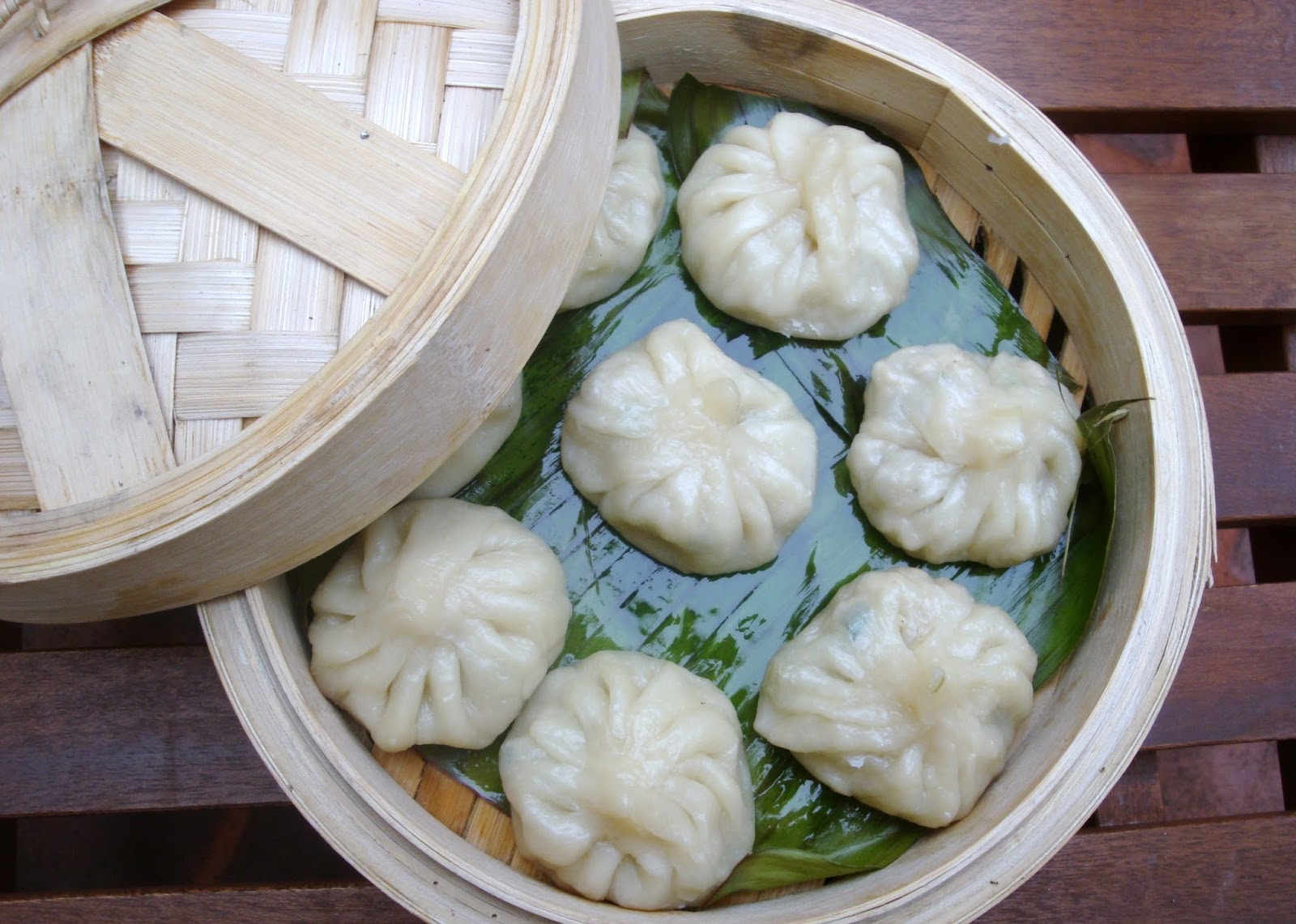 Once stuffed and closed, the momo is cooked in a steaming pot, where in a few minutes they come out ready to be savored. Normally, the cook serves them in a small dish or disposable container (in the case of street carts) and serves them with a tasty soup.

Depending on the region of the Himalayas in question, the filling of the momo is different. They are steamed or fried, with a vegetable filling or sometimes with buffalo or chicken meat. Although it is usually made of minced lamb or pork. However, there are also important variants such as those filled with cheese or vegetables for vegetarians. Normally you can choose the filling although in some street stalls there is only one class. If you are not scrupulous it will be in these improvised places in the streets where it will be cheaper to eat a plate of momos.

A very healthy item to eat also easy and quicker to make, chicken momo is native to Asia, which is a dumpling, hailing from Himalayan regions of India, Tibet and Nepal and consumed enthusiastically. This appetizer is delicious and easy on the conscience too! You can fill it with any minced meat of your choice. There are two types of momo, fried and steamed. Normally momos are served with sweet or spicy saucy dips an innovative low calorie snack! Flour wrappers are filled with a healthy filling of broccoli and bean sprouts, or meat, and steamed.

Momo constitute one of the most famous dishes of Tibetan and Nepalese cuisine. They can be steamed instead of fried, and made with fillings made of lamb or chicken. Some restaurants offer the momos with meat or vegetable dumplings fried or steamed, as well as other Tibetan specialties.

Mix the flour and salt and add a little oil and water at a time to make a stiff dough. Cover and let stand for 30 minutes.

Heat the oil in a pan and fry the onions till translucent. Add the garlic and fry till it begins to turn golden. Add the meat and brown. Add the soy and chilli sauces and mix well. Add the freshly ground pepper, salt and cook till the chicken is done.

Give the dough a final knead. Divide the dough into equal-sized balls and roll into very thin circles. Dab a tiny bit of water on the edges of the circle. Put a tablespoon of chicken in the centre of each circle. Fold the edges over the chicken and pinch and twist to seal or fold the Momo in half into a semi-circular shape and pinch the edges shut.

Heat up a steamer, oil the steamer rack well. Place the Momos in a steaming dish and close the lid, and allow steaming until the dumplings are cooked through, for 10 minutes.