I wake up late. I'm in the Paharganj neighborhood near the main street. Main Bazar, is already crowded, just a few steps from leaving my hotel. I meet a New Zealander with whom I met at the airport the day before. We talk about our plans again. We go to a market in the downtown area called Palika Bazar where I want to buy pants and an electric mosquito repellent.

After a walk we reach the market. It is underground and hundreds of small shops are followed by narrow corridors. Each shop seems to have at least two employees who pursue potential customers mercilessly. We seem a prey, especially tempting. It is exhausting. We do not buy anything and went out to rest in the nearby park. Several mules graze in the grass.

We go to the Tibetan Market. It is a street where the shops follow each other door to door. The products are attractive and the vendors do not insist to enter their establishment. They are sitting by the door and they just smile when we look at them and with a wave of their hand they invite to enter.

To return to the area of ​​our hotels we haggle the price with a rickshaw driver and we launched to walk the streets at full speed, between beeps, braking and acceleration. In Main Bazaar I get the mosquito repellent that promises nights without bites.

We had fried rice and a delicious butter chicken in a nice restaurant. Soon there is an electric blackout and each store, restaurant and street stall launches its diesel generators. The streets are filled with noise and gases that make it difficult to breathe.

To complete the night, a truck runs all over the streets of the Main Bazaar, releasing a thick stream of smoke from the trailer. Everyone covers their mouth with a handkerchief. The owner of a nearby store explains that it is insecticide being released by the civic body. Tired and somewhat dizzy by the environment we say goodbye until the next day, in which we will continue touring the city.

I get up earlier than the day before. After breakfast I meet the New Zealander to head towards Old Delhi, the old part, to see the Red Fort and the Jama Masjid. We decided to walk since we have the whole day ahead. We walk a road that borders the railway for more than an hour. There is a succession of workshops of all kinds of mechanics, metallurgists, carpenters, plumbers. Each of them do their work at the footpath of street, with the most scarce means but all the expertise of the world.

The sounds whiz by on all sides, like shots in a war movie. There is the hammering of a blacksmith, to the cries of a man who makes his way with his car full of merchandise. There is the traffic that overwhelms. A radio at full volume sounds somewhere, as buyers negotiate loudly with the merchants. The poor brain is trying to process everything, without much success, and finally surrenders. It simply lets itself go, submerges in the environment and merges with the chaos that surrounds it. This feeling will be very common throughout a trip through India.

We arrived at Chandni Chowk, a street about a kilometer long filled with stalls with spices, nuts, legumes, prepared foods, sweets. As we enter the market there are more and more people and the traffic of cars, motorcycles, bikes and rickshaws thickens at times. The traffic jams seem to completely collapse the street.

We passed in front of an immaculate Sikh temple. Outside, on the street, a neatly dressed man invites us to join a group of tourists who come to visit him. I place an orange handkerchief and go inside the temple. From what I could see, more than a dagger, they usually carry authentic broadswords of almost one meter. We leave the temple a half hour later. We have seen how food is cooked and offered to everyone in langar, according to the precepts of hospitality and community service.

At last we reached the Red Fort. It is a huge construction, with a walled perimeter of two kilometers in which are the palaces of the Mughal period. The constructions are very elegant, with refined carvings. The place has a fairytale aspect, although the nacre and the precious stones that covered the walls disappeared a long time ago.

When leaving the fort, we haggle with a rickshaw driver to take us to the Jama Masjid, the largest in India. As we approach its imposing aspect, with its huge towers and domes, it is of enormous size. The great staircase of access is a desolate sight. Upon arriving at the entrance they indicate that we must take off our shoes.

We went to a nearby restaurant called Karim, recommended in my travel guide, run by descendants of the cooks of the last Mughal Emperor. Everything we eat is really tasty.

On leaving we go back to haggle with the rickshaw drivers to go to the Humayuns Tomb, the second Mughal emperor. The monument is the predecessor of the Taj Mahal. It is a place with great charm. There are hardly any visitors. The huge gardens of immense lawns and well-tended trees surround the ocher stone constructions. The sun goes down between the bulbous domes of the buildings and the tops of the leafy trees. There is a silence and a peace that can hardly be explained. I regret not having a good camera to capture the moment, although I think that no matter how good it is, I could not pick up the environment that surrounds us.

We took another rickshaw to return to Main Bazaar in a frantic race among the traffic of New Delhi. We inhale the gases, listen to the thunderous rhythm of the horn and squeezing the hand around something to hold on and tense the jaw. At the same time we are taking the pleasure and we cannot avoid a smile, like children living something dangerous and exciting at the same time.

We went to the restaurant. The place has a nice terrace, with a relaxing atmosphere that invites to pass the time, surrounded by soft lights and plants. I can hear Indian music and reggae, while down in the street, the market gradually calms down with the arrival of the night. After dinner I take a few beers while we talk about the trip and later we said goodbye. 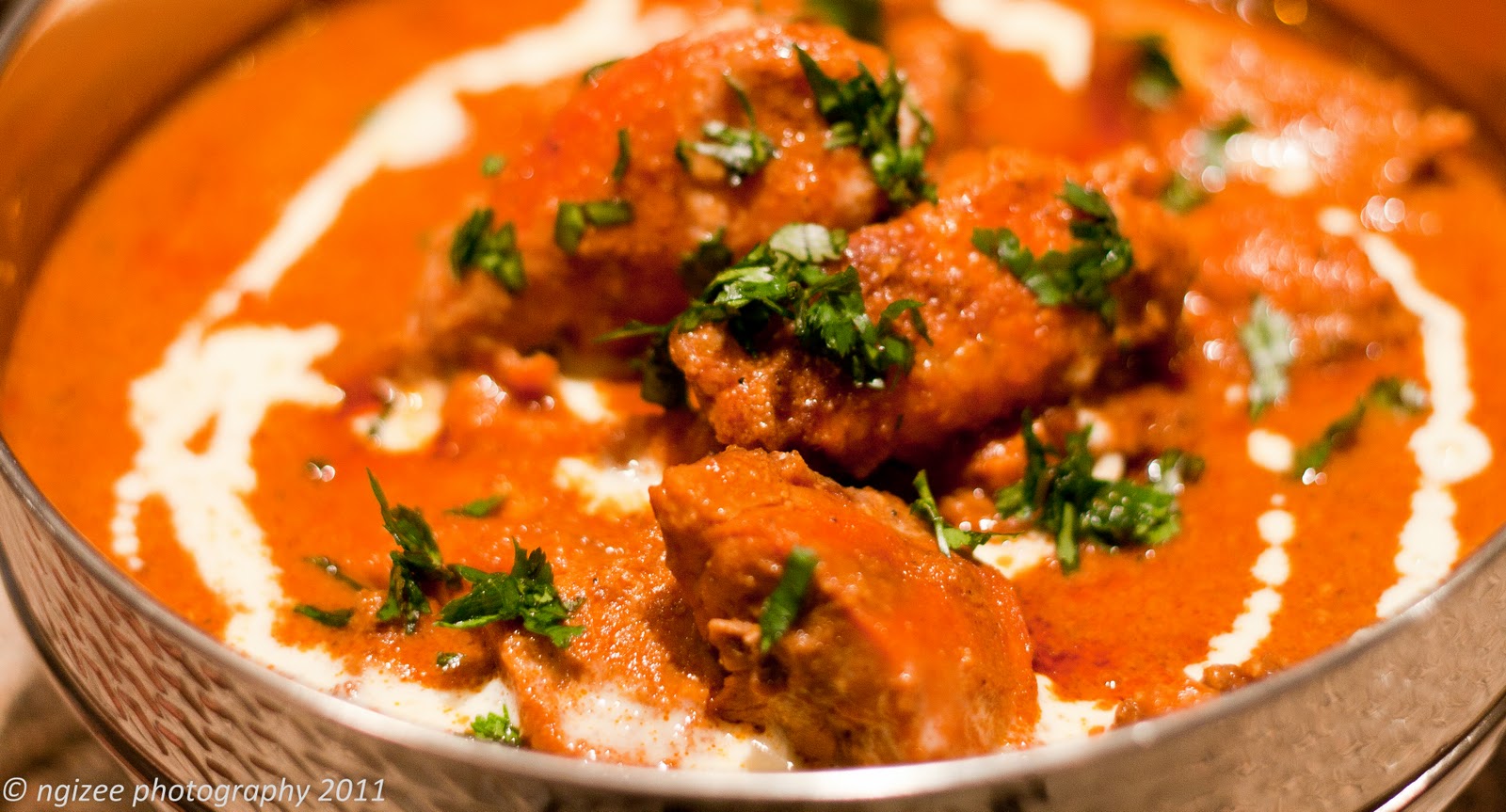 At breakfast we become friendly with an English girl who has a ticket to fly around the world! She arrives from the Himalayas and will go to Rajasthan. We go to the New Delhi train station to book the tickets. Saying that it is full of people is to fall short. It seems more as the scene of a temporary shelter for those displaced by some natural disaster. Hundreds of people sit or lie on the floor wait for their train, chat, eat, doze, play under the huge signboards.

The reservations office is located on the top floor. When arriving at the stairs a man indicates to us that it is closed. He offers to accompany us to a nearby office where they will attend us immediately. I already read in the guide about the cheats and so we ignore him and go up to the first floor.

It takes an hour and a half to wait for the queue, fill out the forms in which date, destination, class is indicated and solve the doubts about possible schedules and differences between the different classes. At last my friends have their tickets.

When leaving the station we take a rickshaw to go to the Purana Qila, the old fort. Inside there is a mosque and near a building that was a library. It is a holiday in schools and many students spend their time walking or sitting in the gardens. Several groups come to us to talk.

We approach the India Gate, a huge Roman-style triumphal arch that commemorates those killed in the World War I and the Afghan war. Some Sikh soldiers with striking orange turbans stand guard. Within walking distance are what were the buildings of the British secretariat during its domination in India. They are imposing blocks of offices designed to make clear with their own vision who was in charge in India during the Raj and the unequivocal will to stay of the British empire. Nearby are the Parliament and the residence of the Prime Minister.

We eat at a place recommended in my guide called Nirula's, so far the best meal of the trip. We ordered the special dish of the day with the murgh makhani with pieces of fried chicken accompanied with dal, made with lentils, beans and spices, assorted brochettes with garnish of vegetables and roti.

After lunch, I visit the Tibetan market, as we want to do some shopping. We all buy pants and shirts. It is time to return to the hotel. I go to the terrace of their hotel and meet a Canadian who is aiming to take something, although I begin to have the feeling of being something like an unofficial Delhi guide.

We enjoyed a delicious dinner and several beers. We agreed on the direction to take to do some trekking and visit the Manali area, and I want to take a narrow-gauge toy train that leads to the city of Shimla. I always enjoyed traveling by train anywhere, and if it is narrow gauge, so much the better! We agreed to buy the tickets the next morning.