I love eggplants, I could eat them every day without getting tired, so I like to find new ways to prepare it. This recipe of Begun Paturi is my latest discovery and has already become part of my usual recipe. In my house not everyone is very fond of the eggplant, so it is a vegetable that is not stylized at my table, and although I really like it, it only appears on few occasions.

That's why I have to decorate it a little to eat it with joy as is the case today, with delicious recipes like this one of eggplants stuffed with coconut paste and poppy seeds paste. It is also the first time I have prepared Begun Paturi.

It is a simple but very tasty recipe, with a slightly different texture to other recipes where the coconut melts and is mixed with the rest of the ingredients. In this case, the coconut remains slightly crunchy, which makes it very palatable.

This recipe of eggplants stuffed with coconut paste and poppy seeds is one of the best ways to cook this vegetable, with the mustard and brinjal remains a delicious combination that Bengalis like. In addition, this is a recipe that can be prepared in advance and reheated before being brought to the table, so we can organize ourselves in time and plan the menu without any hassles. Next time I will add a handful of roasted pine nuts.

Don't you think they can fit very well with the rest of the ingredients?

One of the most classic recipes of the cuisine of the near east is the recipe of Baba Ghanoush, Baba Ganoush, Baba Ganuch or Baba Ganuj that has its origin in Lebanon. There it appears as a cream or pâté and is seasoned with tahini and other condiments. In the Jordanian version of the recipe of baba ganush or mutabal or muttabel, it is given a more rustic appearance by grinding it only with a knife and seasoned with fresh peppermint.

This humble vegetable is one of the most consumed, being the basis of numerous dishes such as the Catalan escalivada, the Greek moussaka or the French ratatouille, among others. The main nutritional advantage of eggplants is their low-fat content, which makes them ideal for slimming diets or to control those extra pounds for this summer. Of course, better eat them cooked, grilled or steamed, as frying them adds caloric content, as with potatoes and other vegetables. 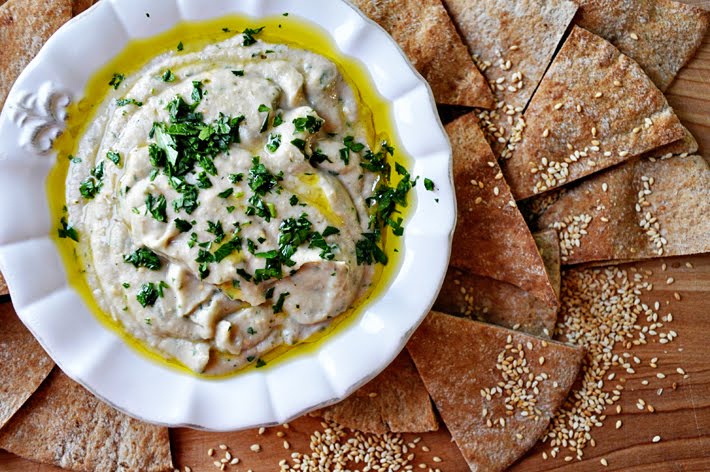 Wash and cut the brinjal.

Heat the wok and put a little bit of oil and fry the brinjal slices. Now add one tablespoon of oil and add the coconut paste, poppy paste, mustard paste, and chilies. Cook for 5 minutes and add salt and sugar. Cook for another 5 minutes and then take off the heat.

Now pour into serving dish and serve with rice or pulao.