This was the crudest route of our entire trip. We waited for hours by train, bus, and car until we reached the Periyar National Park, a tiger reserve. We could have done it on a roll but it would be crazy. From Anantapur, we left for Bangalore and Mysore but en route we visited the Jog Falls and the Ranganatha Temple of the ninth century on the island of Srirangapatna. Tipu Sultan established his capital here while opposing the forces of the East India Company in four wars until it fell under siege in 1799.

Arriving at the Anantapur station we stock up on cookies and water bottles. We knew it was going to be a long trip. Buying food to get on an Indian train is a little ridiculous because, at each stop, there are lots of vendors with baskets and buckets full of food. They sell samosa, chai, and other delicious foods. But when you are traveling for a few days you can take a risk and we had to be a little cautious with what we ate.

When the train stopped we had the doubt of where to go up because in India there are a lot of classes and we got into a third car that was not ours and in which we were all quite cramped. It was a long trip and more we were worth getting comfortable!

We travel all day, but time flew by just watching people, we have a good time. In our compartment, there were few people, who went down at the stops. In the end, we were alone in the apartment with another passenger to Bangalore so we could settle and rest. I was reading a book.

We arrived in Bangalore late at night. Bangalore is known as the Silicon Valley of India. It is reputed to be a cosmopolitan city and as soon as we get to its train station it smells almost like any European train station of buns and coffee. The first impression we had was that it was huge, dirty and chaotic. Then I changed a bit when we arrived at the modern MG Road, where our hotel was located. There were shopping centers, hotels, and restaurants there.

We went around a lot. We ended up getting off the car and asking at the reception where they indicated exactly where to find our hotel. With everything clear, we arrive at the door of the hotel. This was what I remembered. We meet our driver for the next day and we enter our room. The truth is that it was not bad, but it was on the ground floor and the window faced a wall barely a meter away. So it was really dark, but, during the day we were not going to be there, so it was the same.

We prepare to go out to dinner and we look for where to do it in the Lonely Planet. We saw a place that seemed good to us because of what we read, so we went out to the street in search of a tuk-tuk that will take us there. In just 10 minutes we were at our destination. We are in a very busy place with all kinds of clients. There were groups of young Indians, families, tourists, and foreign residents.

We even had to wait a while to be able to have a table, but when we saw the letter we felt we were right. There were dishes for all tastes, from Indian food to hamburgers to the purest American style. So we sat down and enjoyed the penultimate dinner of this trip.

To return we took again a tuk-tuk that wanted to charge us at the beginning the double of what it had cost us the going. Luckily we already know how to control this issue and finally, we returned for the same price that we paid a few hours before.

The hotel breakfast was very good, and the dining room located on the top floor of the building was very bright (quite the opposite of our room). At the agreed time we were at the door waiting to know some places of this city.

First, we went to the Bangalore Palace. It is a kind of replica of Windsor Palace and is the private residence of the Wadiyar family. You can visit the interior while elderly servants teach you the building. We were clear that we only wanted to see this place from the outside, especially considering the high price of the entrance.

For taking pictures they charge you separately and that the opinions of other travelers did not promise an interior that was worthwhile. So we got there and immediately they explained that we could not take pictures from the outside if we did not pay for it. I thought it was wrong the way they treated us that we leave there but not before taking this picture.

The next stop was made in another place where you could not take photos indoors. It was the ISKCON temple. It has been built by the International Society for Krishna Consciousness, or what is the same and it will all sound to you: the Hare Krishna. It is located outside the urban center, on the side of a hill and stands out for its resplendent white color.

To enter in addition we have to leave out the cameras and shoes, pass a security checkpoint and always follow the marked path that leads first scalars up to different rooms where the life of Krishna is told. We can see figures of the god and Radha. 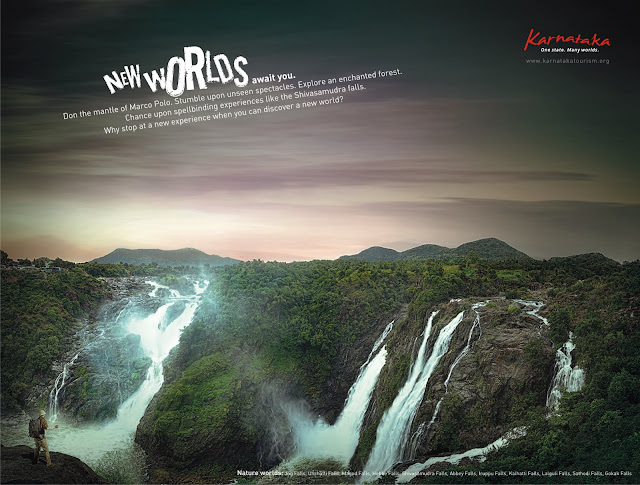 We pass by the center of the temple, built in a mixture of modern and traditional styles and the room in which the devotees stop to pray. It has wide and high ceilings, with a marked path that cannot be left (at least those who go there to pray). It takes us to the exit of the temple by the road opposite the entrance.

This time we went through food stalls, incense and souvenir shops. There are all the paraphernalia at our fingertips and also at really competitive prices. We leave the temple with that feeling of a theme park where you pass by the attractions and then, excited, you buy the memories of your time there.

Then we went to another temple, one of the best known in the city, the Bull Temple. To get there we had to cross a large part of the city to return to the center. From there we climb another small hill on top of which rises a small temple. Inside it is the large statue of Nandi built in a monolith of stone. The temple is picturesque because it is traditional in such a modern city, but apart from that, it left us totally indifferent. And we already had many wonderful temples behind us.

We go to another of the places of interest in the city, the palace of Sultan Tipu. Our plan was to walk later to one of the markets in the city. We paid our entry fee and entered the gardens surrounding the small palace that is not nearly as beautiful as the one we had visited the day before in Srirangapatna. Even so, its columns and the few paintings that still decorate the walls make it one of the places that you can visit if you are in Bangalore.

Right next to the palace we can see one of the most ornate temples in the city, that of Kempegowda. We left the palace towards the heart of the Muslim quarter, the Jama Masjid. On the way, we passed the fort of Kempegowda that we found surrounded by food stalls and dirt. A place I did not bother to take a photo of. Already at that moment, I was beginning to be overwhelmed. It was hot. There were many people and I had the feeling that Bangalore did not offer me anything that deserved to spend there that day.

That day was Friday and when we arrived at the mosque there were a lot of men coming and going from the mosque to pray. That was a hotbed of people and we soon realized that our entry there would not be welcome. So we retraced our steps towards the city market (Krishnarajendra).

We started walking along the main street of the Bangalore market and something was happening to me that was the first time that happened to me. I was uncomfortable, I did not like being there and nothing motivated me to continue walking through those streets. Everything was terribly dirty. It was hard to walk between the stalls. People pushed us towards the road where cars kept passing by. I enjoy taking pictures in the markets. I only took the camera once, I even look for a shuttle to return to the hotel but there was no way.

We finally reached the end of that chaos and we were able to walk along streets with sidewalks where at least nobody pushed us. In this way, we arrived at Cubbon Park from which we could see one of the city's government buildings, the Vidhana Soudha. From there and under the shade of the trees we walked to the beginning of MG Road where we finally found a tuk-tuk to take us to the hotel.

But the driver began to go around and around while I realized that we were going in another direction. He stopped and told us that the agreed price could not be because we were going too far. There I got angry saying that it had been going around for a while and that I was not going to pay more, and he told me to get off that he was not taking me. So nothing, we got off but I did not pay him. The one that was mounted was interesting, but I did not care.

In the hotel, we took a shower and the night we went to a mall near the hotel. Here we did some shopping in very stylish craft shops, nothing to do with what is usually seen in Indian markets. Then we took a tuk-tuk to go to dinner at the same restaurant the night before. And tonight we got confused because we ordered the hamburgers that we had seen at other tables the night before and that seemed very appetizing, but it was all appearance.

With a bad taste in my mouth, we returned to the hotel where I, fortunately, slept well, although with a certain sadness to know that the next day I would leave South India, that places that I like so much and in which I enjoy so much (except in Bangalore).

We have breakfast. Our flight left mid-morning. So there was no time left to get to Bangalore airport and take that flight back. Thanks to one of our travelers, a great connoisseur of coffee and cocoa plantations in half the world, we deviate a bit from our route to visit a coffee processing plant in Coorg, in the foothills of the western ghats that separate Karnataka from the state from Kerala. An improvised change in the route that reveals a new pearl.